We take a look at the newest DFI Intel motherboard, based on the X38 chipset, the successor of the high end version of the P35. Can DFI work their magic and produce a tweakers dream X38 board? We find out.

We all know DFI as the enthusiast-minded company that always tries to get the most out of their boards, overclocking-wise. By combining stable PWM areas and an insane amount of bios options and you have an overclockers dream. Madshrimps reviewers have seen many DFI motherboards over the years and none have been a disappointing so far. (I can only remember one issue: the DFI P965-s not being able to cope with ln² cooled processors) So you probably wouldn't blame us for having high hopes about this one.

It has been a while since we published our P35 motherboard round-up, so it was time to have a look at the changes on the chipset market. As most of you already know, the Intel P35 chipset blew fresh air through the overclocking community as the performance was outstanding and the chipset had no problem to reach 600+ Mhz front side bus. The only thing we really missed was two X16 PCIe lanes to fully benefit from the extra bandwidth provided when inserting another ATI video card in CrossFire configuration. 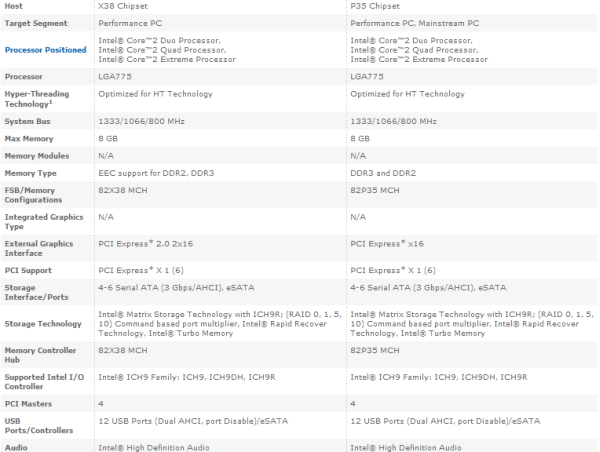 Now, after reading more about the differences between the X38 and P35 chipsets on the Intel homepage and looking at the comparison between the two, I can only say that the only drastic difference is the extra x16 PCI-E lane. In fact, the X38 is just a higher-binned P35 chipset and should guarantee better overclocks and tighter Northbridge latency straps. That's all, nothing more, nothing less; however it's still interesting to have a look at the actual differences between the X38 and P35 performance wise. In fact, to be completely honest with you, since the release of the i955 chipset, every new chipset has been based on the previous one, so we could say that the X38 (and P35) is just a tuned i955 chipset. The difference, however, are very big and thanks to the Intel engineers we now have much faster chipsets.

Before we continue, a quick word about the shop that made this review possible: Alternate Belgium. Alternate used to be a Germany-only webshop, but it has expanded over Western-Europe and since a few months, there have a brick and mortar store in Belgium as well. As they insist on good service, Alternate uses a large stock which you can order online for quick turnaround. (According to the information on the website, you receive your products the next day if ordered online before 15h00!). For our Belgian readers, please visit www.alternate.be in order to find out more about Alternate Belgium.


Quote:
love to see how that changes your results

Comment from jmke @ 2008/02/21
thank you for your input, always appreciate feedback from experienced OCers

Just a question, if you're reviewing such a high-end OC board, why is there no overclocking section? Many other mobo reviews I read include a section where they talk about overclocking, for example if this mobo was able to push more CPU clocks outta their system or not.
Comment from jmke @ 2008/02/24
last time I checked 500FSB is not standard speed, this board was tested at 500Mhz = OC

Comment from KingDingeling @ 2008/02/25
Yea, I saw that, but that's your standard overclocked speed for that E6300 from what I've seen? What I meant was how this boards overclocking potential compared to other boards, for example if you were able to achieve an even greater overclock from this board than you were from for example the Asrock 4core P35 board

Comment from Massman @ 2008/02/25
I did not continue my tests above 500FSB, for the simple reason that I cannot guarantee stability above 500FSB with the E6300 on air cooling (and I did not want to insulate the board for phase-change tests).

600FSB is very easy for the Dfi in 99,9% of the cases. The Asrock P35 is not built for overclocks, whereas the DFI is built especially for the overclockers.
Comment from Massman @ 2008/02/25
Quote:
Eva, is it okay to test these settings on my P35 motherboard? Or is it purely for the X38 board to tune the memory settings?