Socket 939 has established itself as THE gaming platform. To extract the utmost in performance from a 939 platform, some very good memory is needed. Today we are looking at 8 sets of memory modules which are based on Samsung?s TCCD chips. As many know, the TCCD chips are fast becoming legendary for their ability to clock to crazy levels with modest or even low voltages. Let's take a peak at how our provided samples behave in our test bed shall we! 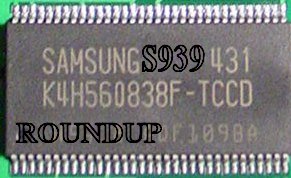 This is hopefully the last article where I will mention Winbond BH-5 modules in my reviews. The reason is that the need to constantly refer back to "a golden age" is past; along with any nostalgia I may have for those beloved BH-5 modules. The torch has past, and while some cling to BH-5 like a miser hordes his gold, the masses are finding a new performance haven in Samsung TCCD chipped modules.

Yes a new dawn has come to performance ram, and while this too will pass in time, we have been provided with the means to enjoy some truly sic performance. We at Madshrimps have sampled various flavors of TCCD memory from several manufacturers since release, touching on a couple comparison reviews with Pentium 4 and Athlon 64 Socket 754 hardware. We even dabbled briefly in some Socket 939 review work with Corsair and G.Skill memories. However, the confusion that I run across when visiting various forums, centers on the multitude of choices for high performance memory, and which best suits socket 939.

To explain why there is so much interest currently in socket 939, one needs only to step back and look at recent introductions by AMD that have made socket 939 affordable to the masses. While socket 754 is certainly not dead, the upgrade path to socket 939 was eased with the rollout of Winchester core CPUs coming in at price points starting at $150. The Athlon 64 for socket 939 enjoys a dual channel memory controller versus its 754 brother that makes due with a single channel controller. While the single channel controller is not the performance albatross that some might think, every little bit helps, and a few percentage points here and there can add up in the end.

Overclocking is a hobby and mindset wherein the user wants more out of less. CPUs have been a main focus with overclockers for various reasons, but now some of that emphasis is shifting to other areas of our computers such as high memory speeds. Why is there so much interest in getting higher memory frequencies? Well in several ways increasing memory bandwidth through the scaling of memory frequency will yield positive performance advantages in certain applications. Games seem to be particularly sensitive in this regard, when not capped or limited by graphics card performance. While sometimes these gains are small, a tweak here and there can add up to enough performance that the enthusiast deems the benefit "worth it" in terms of overclocking and possibly certain price premiums associated with more overclockable parts. The goal is generally added performance for less money, which harkens to the root of overclocking. However, the enthusiast is quick to understand that a few dollars/pounds/euros well spent can pay added dividends down the road. What has been seen as a trend in the overclocking community is the stellar overclocking potential of the Samsung TCCD chips while holding moderate timings of CL 2.5 3:3:8 up to and occasionally exceeding 275MHz or PC4400 specification. In fact, yields have been sufficient enough to allow two of the participating manufacturers in this roundup to rate their products at such specification as described above. So what then of the others? Are they inferior products? What makes Samsung TCCD chipped memory possibly the ideal candidate for your Socket 939 systems memory? We will discuss this in time grasshopper, please be patient for now.

So having made my argument as the virtues of Samsung TCCD based memory modules and how well they clock, let's take a step back and try to understand what factors might prohibit us from reaching levels we see other people attain. Different computer platforms behave differently, and therefore considerations must be made as to the potential benefits and detriments to these platforms