The Dutch media was kindly invited at the lovely city of Utrecht for a pre CeBIT presentation of Gigabyte and Intel Company. Rendez-vous took place at the castle of Oudaen. The major websites and magazines were present. Shrimps was represented by yours truly and [M] reviewer Danny Terwindt. Too bad we heard Intel canceled their presentation at last call, for till now unknown reasons. Without further ado let us quickly guide you through the presentation and show the new toys present.

The Dutch media was kindly invited at the lovely city of Utrecht for a pre CeBIT presentation of Gigabyte and Intel company. Rendez-vous took place at the castle of Oudaen.

First part of the presentation focused on the 333 patented design. Like in Paris at the TweaKing Event our host was Public Manager Thomas Chang. With his star like smile he guided us through the wonders and miracles of the 333 technology. Of course stressing where Gigabyte innovated, compared to it's nearest rivals. The 333 onboard acceleration comprises of USB3.0, S-ATA3.0 and power3X. I'm not going into detail as Massman has thoroughly explained it here.

What it all boils down to :

Gigabyte implemented USB3.0 and S-ATA3.0 first on AMD platforms. The AMD chipsets (790,...,890) are not limited in bus transfer rate as with Intel's P55 chipset. The AMD chipset design got enough free bandwidth for maximum performance. 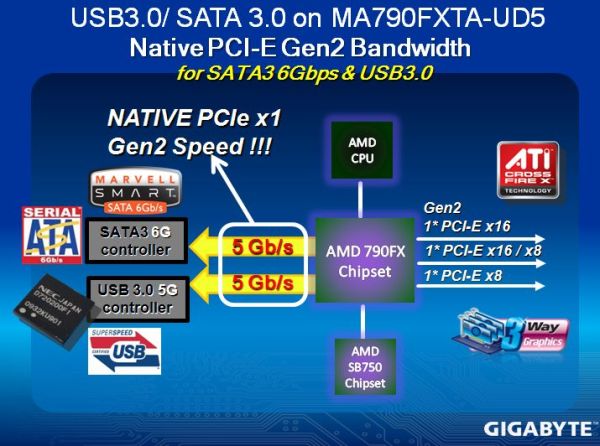 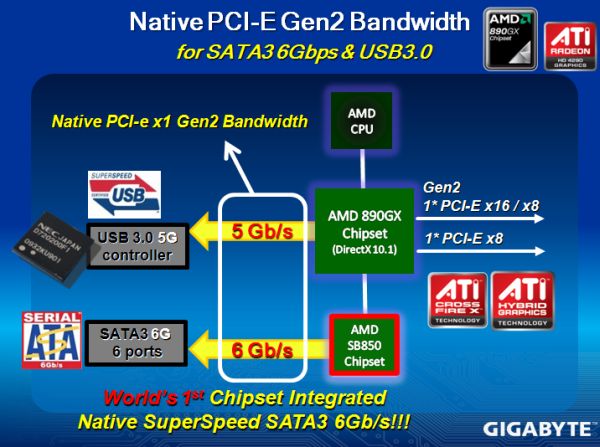 Note that the S-ATA3.0 is via the Southbridge on this new motherboard

For the Intel P55 chipset Gigabyte had to invent a workaround to get performance up to scratch. Gigabyte engineers leave the user the option to use normal mode or Turbo mode. Normal mode means the USB3.0 and S-ATA3.0 data passes via the Marvell 9128 to the P55 chipset. This is not optimal as the bus (2.5Gb/s) doesn't support the full speed that USB3.0 and S-ATA3.0 require for max performance. This bottleneck can be lifted by enabling the Turbo mode via the bios. Data is now pumped via the Marvell/NEC controller into one of the available GPU PCI-E slots. This allows maximum transfer, but limits on some motherboards the multi graphics card expandability/performance. X58 remains the superior performance platform. 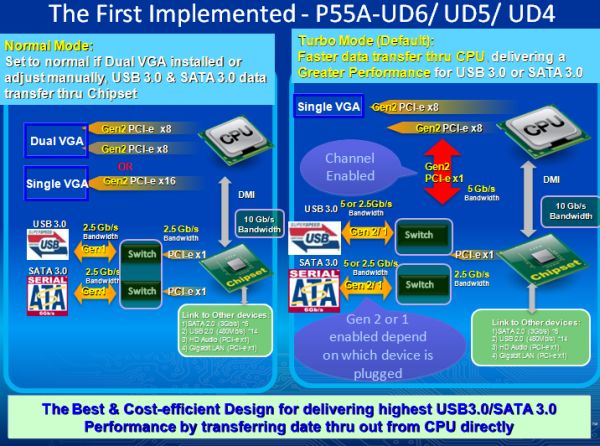 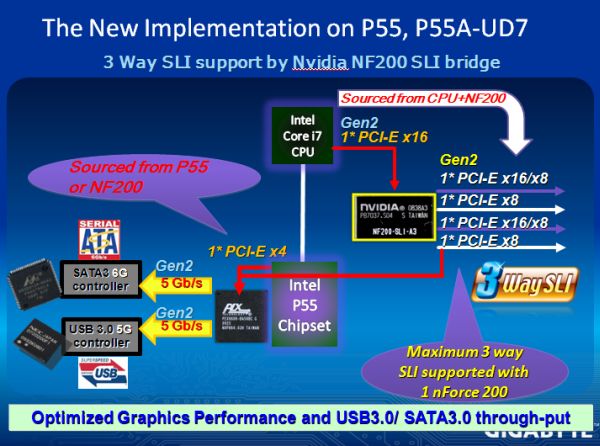 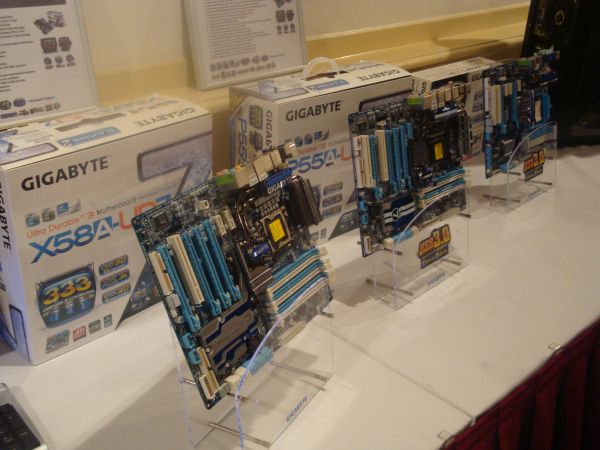 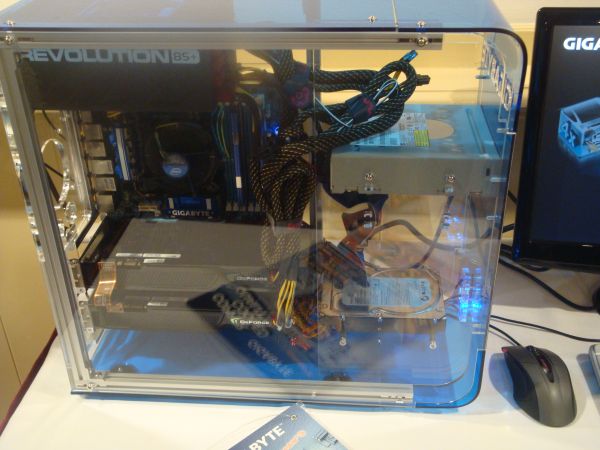 One of the demo boxes running. As always Gigabytes partners remain Kingston for the rams and Enermax for the power supplies

I was a bit disappointed to not see the new 890FX mobo's already on display , but Thomas told me there would be other boards present at CeBIT. Let's hope so :) 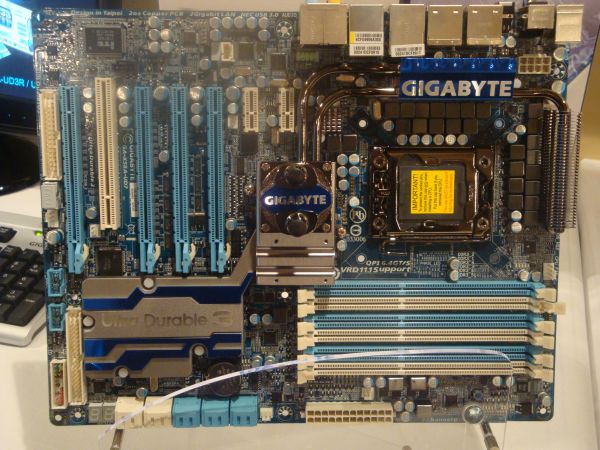