We have seen many factory-overclocked cards from different vendors, but most of these cards just push the GPU/MEM clocks using reference design hardware. Once in a while, a cards pop up like this Gigabyte SOC card which deviates from the group and packs a whole lot more punch then what other vendors can offer.

Intro, Gigabyte Tech & In the box

The Nvidia GTX 260 216SP is a well established GPU. Findings its place in many gamer rigs. Solid gaming performance at a reasonable price made it steal many hearts. Plus when overclocked, game performance was close to the GTX 280. We have seen many factory-overclocked cards from different vendors, but most of these cards just push the GPU/MEM clocks using reference design hardware. Once in a while, a cards pop up like this Gigabyte SOC card which deviates from the group and packs a whole lot more punch then what other vendors can offer. Gigabyte starts off with some bold claims on the box:

Serious gamers require serious gear. That's why we've created the Super Overclock Series. All of these GPU's have been cherry picked for top performance, efficiency and reliability.

Cherry picked sounds like a dream to any overclocker. As you know rigorous testing has selected that special piece of hardware that will make it stand out from the crowd. Gigabyte calls its cherry picking process: the GPU Gauntlet. 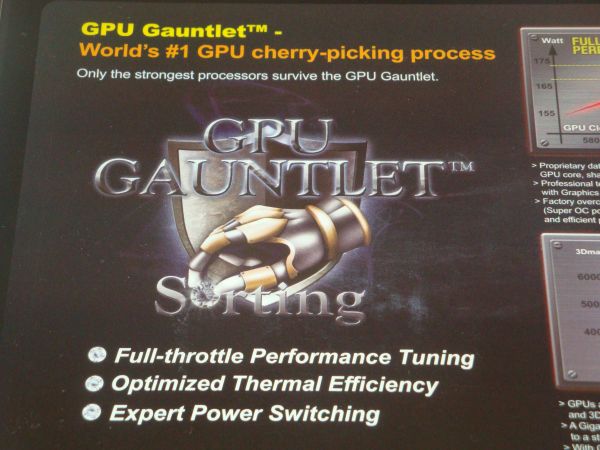 This cherry picking results in the following features:

A warranted factory overclock which is a good balance between stability, high frequency and efficient power consumption. Gigabyte call this the Super OC point. This is about at a 25% clock improvement over a generic GPU. Higher clocks are guaranteed, but at cost of higher power consumption and more generated heat.

These GPU's are able to maintain a better cooling efficiency than generic GPU's, resulting in stable fan speeds and thus less generated noise once you enter the arena to save the world. Up to 4% less consumption than a similar clocked generic card can be achieved.

Here are the specifications of the Geforce GTX 260 tweaked and overclocked by Gigabyte:

An a verification screenshot of GPU-Z which matches the listed specs: 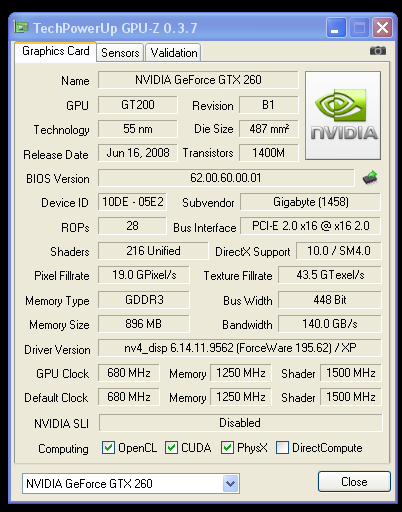 Besides the GPU Gauntlet the other parts on the PCB have got overhauled too to warrant reliability big time. The Ultra Durable label technology finds its way into the graphics card segment. 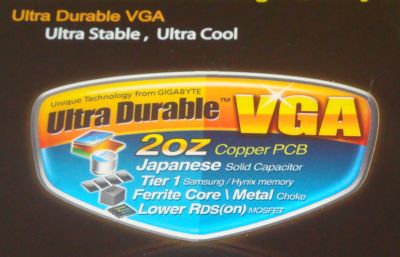 What's it all about :

All of these changes should make this card out of the box 25% faster than a reference clocked GTX 260 216. Even the next high end card's performance should be within grasp.

Packaging and In the Box

The artwork on the box is stunning, no more 3D generated SFX girls or pictures of frogs, but a well implemented fancy logo to show you what this card is all about: 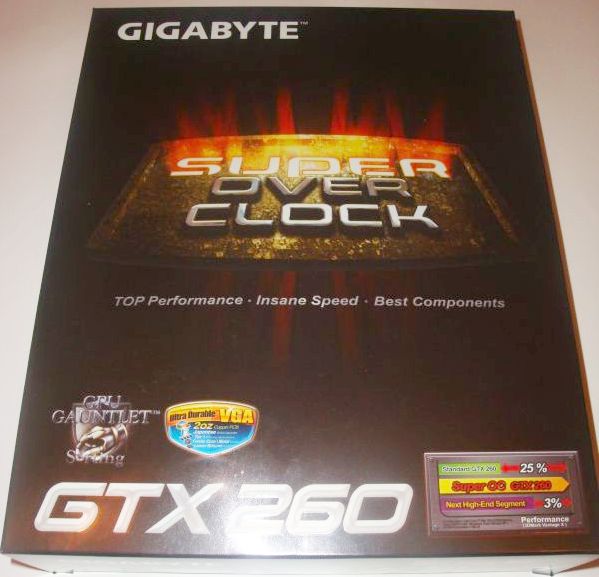 Inside we find the video card, the usual DVI to VGA dongle. Two Molex to PCI-E adaptors, an S/PDIF cable and a HDMI to DVI dongle complete the package 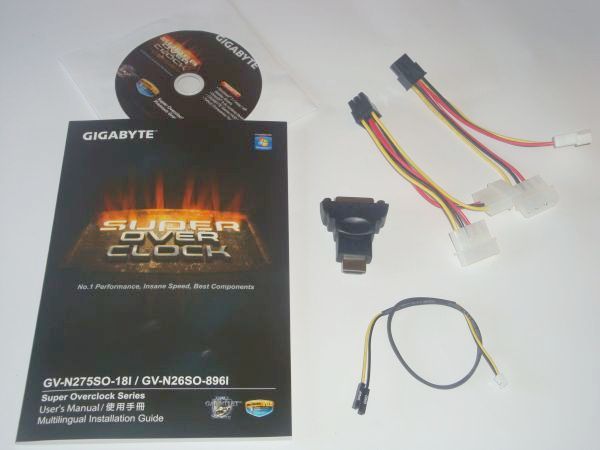 Introduction time is over, let's try to get it to sweat ->
Comment from Gamer @ 2010/01/12
And another review from empty head

BTW, Madshrimps is the first site I visit every morning for the past 3 years. Keep up the good work.
Comment from jmke @ 2010/01/13
Hey KMM, welcome to the forums

, thank you for your feedback.

Some people prefer NVIDIA hardware , either for driver support in other OS (linux) or CUDA, in such cases this GTX 260 offers a good deal.
if however you run Windows and don't care about CUDA or what brand/make your VGA card is, then 4890 will offer you better performance for the buck. Now all we needs is HD 4890 SOC edition, but I think our prayers are answered with HD 5830 set to be released soon, DX11 features, cheaper than 4890, same/higher performance