Intel recently released a new firmware for the second generation X25 SSDs. We flash one 160Gb SSDSA2M160G2GC to the new firmware to see what has changed.

Those keeping track of the SSD evolution know that Intel’s SSD product have set a high standard for others to follow and try to keep up with. Their X25-M series features 10 controllers and has ruled the performance charts for everything but sequential read/write operations.

Intel released a new firmware for their second generation X25 drives (found in shops with “G2” in the product name), these drives feature smaller 34nm memory modules, which allowed Intel to fit more of them into a small package at a better price point. The entry level X25-M G2 is now 80Gb in size. Doing a firmware flash on this drive will allow TRIM support in Windows 7. For more info about TRIM we refer to Anand’s excellent write-up here. 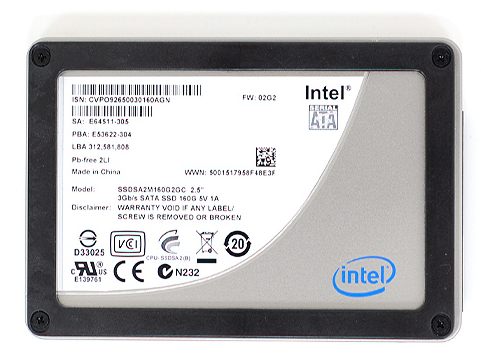 The new firmware can be found at the Intel site here

Yes the other models are also listed, you can upgrade them… but the release notes list “No changes” for these models; only for the X25-M/X18-M on 34nm we see: