Almost two weeks after the official release of the Core i5 platform, we review three LGA1156 motherboards. We put the Gigabyte P55-UD3 and UD6 through the same batch of tests as the MSI P55-GD80 and check who comes out on top. Next to that we have some surprising results for those who want to use Turbo mode and also have a look at the extreme overclocking capabilities of both high-end motherboards. Last but not least we publish our findings on the maximum voltages for the Core i5 platform. 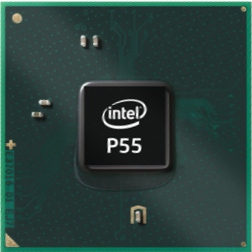 I hope all of you already took the time to read the Core i5 review on Madshrimps and if you do, you will have noticed that in the first paragraph I'm apologizing for releasing the article a couple of days (ed: one week!!) after the actual product launch. There are a couple of reasons why I didn't make it in time, for instance the F1-OC and MSI's overclocking competition, but mainly because just before the release of the article I was handed a retail sample of the Core i5 and was sent a new motherboard to test. Although I could've finished in time, I was way too excited by the new toys I got a bit distracted. So, once again, my sincere apologies for being late, but in defense it has served me quite well as I discovered a couple of quirks regarding the boards and the technology. I won't be spilling the beans just yet; first we have a couple of motherboards to review.

Last year, or rather: 9 months ago, we at Madshrimps also were blessed with the mass of hardware at our labs for our 7-way X58 motherboard round-up, which was hard work but paid off in the end. The main issue with reviewing so much boards, of which most have to be sent back in due time, is that for a certain period you only see the seven motherboards you're testing. Speaking for myself, one month with, let's be honest, mostly the same technology is rather stressful, so this time I will be dealing with the motherboard releases a different way. We'll still have regular motherboard reviews, but preferably only one at the time so that we can dig into the board deeper and give you more feedback on how it behaves and give you a more balanced opinion.

In this article, we'll be discussing the performance of Gigabyte's UD3 and UD6 and MSI's GD80. The two high-end motherboards will also be put into testing using a single stage cooling unit and, of course, the mandatory liquid nitrogen to complete max out the motherboard. We'll also have a look at the turbo mode implementation on both boards and in the end hope to give you a solid argumentation on why we believe either one is the better one.

... In our first Core i5 review. Although it doesn't make a gigantic difference and most certainly doesn't change our opinion about the role Core i5 will play when buying a new system, we at Madshrimps believe that our readers have the right to know when we messed up. You already know that the processor sample used to represent the performance of the Core i5 was an engineering sample; a very early sample. The main issue with the '850' (as CPU-Z names it) is that it doesn't fit in either Core i5 or Core i7 category: it has HT, but only up to 2:10 memory; the first characteristic indicates an '800' series, the latter indicates a '700' series. Now, to use that chip as alternative for the retail '750' we just disabled HT. Only recently, we noticed that the uncore frequency of a retail i5 750 is 16 x BCLK, whereas the 850 has one of ... 15 x BCLK! The difference is not thát big, but still the Lavalys Everest and possibly Winrar results can be a little bit lower than what a retail i5 750 is capable of. The conclusion, however, doesn't change at all as this only increases the performance of the Core i5, which already was impressive to begin with.

As for this article, we only use the retail Core i5 750. Promised!

Let's get on with the show!

Comment from Massman @ 2009/09/21
Recent findings actually push me in the direction of the GD80 in terms of overclockability.

32M is both faster and higher clocked with same or a bit less voltage :-)