Intel´s latest CPU is put to the test against their own Core 2/Quad and Core i7 series, as well as AMD´s Phenom II. We wrap up the testing with an overclocking session using phase-change and LN2 Cooling. Does the Core i5 and S1156 i7 impress? Let us find out 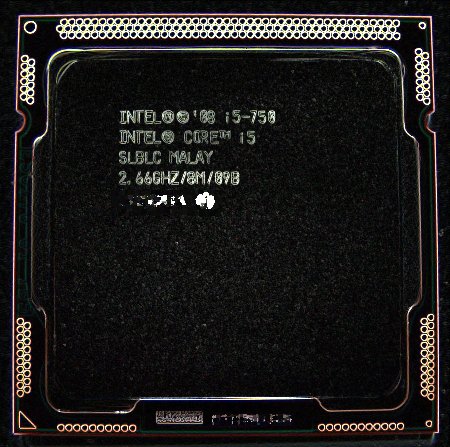 Yes, I am aware of the fact that the NDA on the new Intel products has ended almost a week ago and, yes, I was actually planning on releasing this article on launch day, but due to several other launches, projects and articles I didn't have the time to finish all the necessary tests on all the different platforms I wanted to include in this article. So, instead of doing it half-half, I decided to postpone the release of the article so it would more than just a work-in-progress.

So, what is all the fuss about? Basically: Core i5, LGA1156 and the Intel P55 chipset. I can assume that, since this article is a couple of days too late, you already know what this new release is all about. In short I would describe the LGA1156 platform as "affordable 1366", although you will notice that the high-end 1156 hardware configurations will come close to the less-expensive 1366 configurations price-wise. Nevertheless, the main purpose of the new LGA1156 platform is to make Core i7 cheaper. To do so, Intel has removed the third memory channel and has integrated the IOH, containing the PCI-e lanes and the connection between CPU and peripherals, onto the CPU die. Next to that, the new processors will have either less cores or no Hyper-Treading.

Removing the IOH and disabling cores/hyper threading is not only more cost-effective, but should also reduce the motherboard production costs and the total power consumption.

To NDA or not to NDA?

The fact that I'm apologizing for not posting the article when NDA ends may come across as laughable, but I shouldn't be the one apologizing in the first place. As most of the technology enthusiasts know, the NDA on any of the three product launches has been broken so many times that I actually see Intel's NDA strategy as meaningless. An NDA, or: non-disclosure agreement, is to prevent information regarding a certain product launch to be leaked to the big public; for instance performance figures, pricing rates or even in-depth technology features. Now, even in the past, we knew that Asian sources often 'broke' NDA by sharing bits of information a couple of weeks before the actual launch, but this time breaking NDA was taking a step further.

This time around however, weeks, even months before the media was allowed to talk one word about the upcoming Intel products, motherboards and processors were available in retail stores all across Asia and even Europe, and that’s without counting including the ES samples in the wild! This created a totally ridiculous situation where media was not allowed to talk about performance, but anybody could just go out and find the products themselves. Reason for this seems to be an error somewhere in the Intel HQ, which stated to distributors that they could sell the products, but not advertise that they had them. In the video of TweakTown underneath this paragraph, you can clearly see local stores selling Core i5 products, but none of them actually put links on their website. In any case, for those who wonder, it can be completely different: just think about the secrecy with which AMD developed its new HD58xx series: so close to the launch and publicly no one has a real clue about its performance.

... we will be having a look at the performance of the Core i5 and comparing it to the main competitors on the market: Core i7, Core 2 Duo/Quad and the AMD Phenom-II. Next to that, we'll show you our first overclocking results on both air cooling, phase-change cooling and of course the traditional Madshrimps LN2 cooling.

I hope you enjoy the article!

I'll be ready for some action in a few months btw, lots of hardware will become "available"

Still, is a very valid point. The entire NDA situation with Lynnfield is not just absurd, it is plain stupid.
Comment from thorgal @ 2009/09/15
Seems you woke up someone at Anandtech LOL. One day after your article they present a clock comparison themselves

Comment from Diegis0n @ 2009/09/15
I well prefer PJ's writing skills; at least there's some nice pictures to look at