Gigabyte NL was so kind to lend Madshrimps a review sample of their EP45T-UD3LR. This board is a cheaper variant off the UD3P series. Yet they are both based on the same 2oz copper design and are part of the Ultra Durable 3 family. Major features lacking are the 2nd PCI-E lane (so no Crossfire here), a 2nd LAN port, 4phase power, 4pin vs 8 pin power connector, no heatsinks at the PWM's and the bios is a more simplified version.

Here are some pictures of the board : 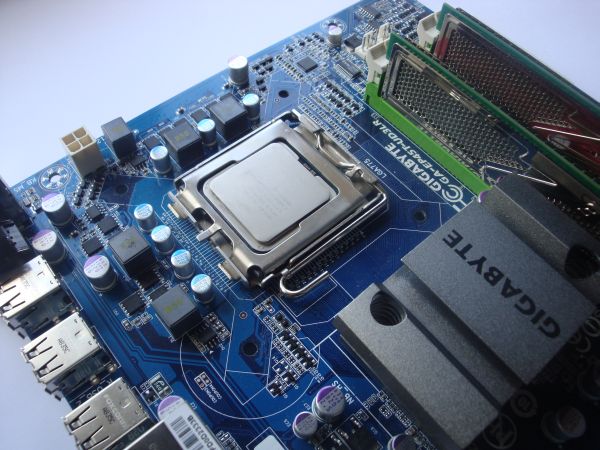 4phase power design (note the lacking heatsinks) , a very clean socket layout and the 4 pin power connector up left. Bulky NB cooler, no heatpipes on this board, making it far easier to upgrade the cooling. OCZ PC12800 sticks ready for action 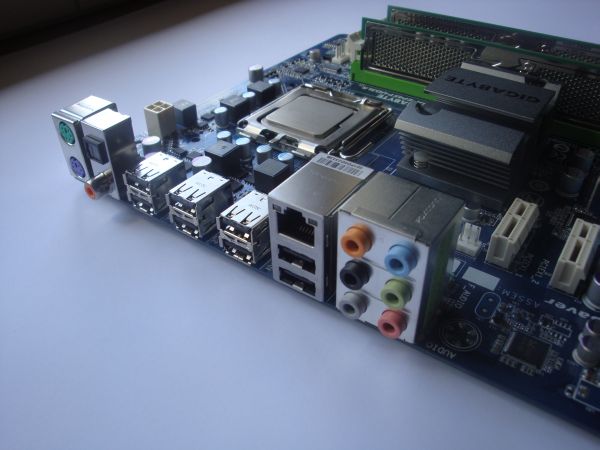 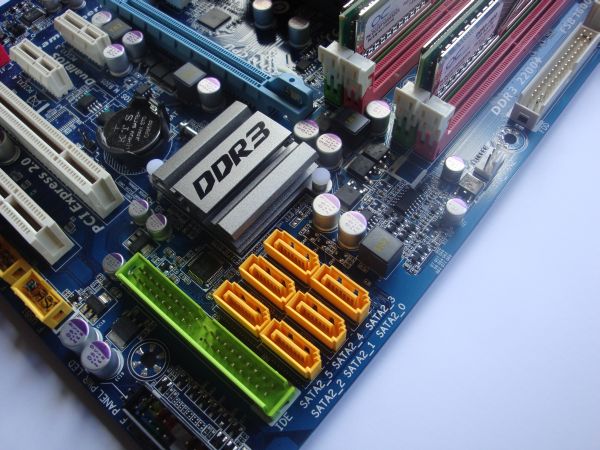 6 S-ATA ports at your disposal, IDE and Floppy connector 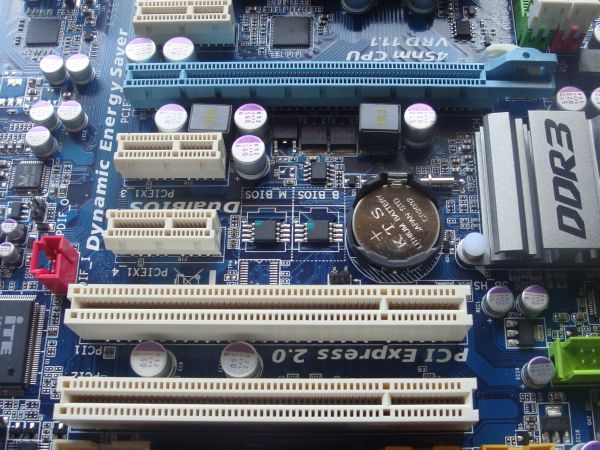 Nice feature on this board is the double bios (should really become a standard these days) You can clearly see the single PCI-E 16X, 3 PCI 1X and 2 PCI slots. The board has proven to remain rock stable at 500FSB for days without a hiccup.

Since most Intel P45 based chipsets are having issues with some Micron based rams I knew I was up for quite a challenge. With the previous Battle of the caches article I used the EP45T-UD3P motherboard in combination with I7 Low voltage rams. To obtain 1600Mhz ram speed was absolutely no problem then. With the Micron rams now I ran into a wall at 1590Mhz. 495FSB was a no post, no matter what I tried. Popped in the I7 kit and bam she posted at 500FSB and the rams at 1600mhz. Sadly I urgently needed that ram in another rig and decided to continue testing with the 2Gb Micron kit. Bios F5 was the latest available bios and was used during these tests. So I finally decided to back down on the ram speed and wanted to see how low I could go on the Performance level setting with this budget board. Too bad that there doesn't seem to be a workaround here for this long known issue.

A golden tip : if you intend to buy a P45 DDR3 based board, it's best to go straight for low voltage I5/I7 rams.

To make things more interesting we then opted to test the CPU's at 4ghz (very common clock speed under gamers and light overclockers) with 2 different Front Side Busses. For 400FSB and 10X, the rams at 1280mhz with 6-6-6-18 2T timings and PL 8 set. 500FSB made the rams run at 1200Mhz with 5-5-5-15 2T with the same PL setting of 8. Will be interesting to see if the higher FSB, but lower ram clocks with tighter timings, can improve overall system performance.

Here's a quick sum up chart :

We took the average FPS from the game tests. Maximum FPS means nothing if your minimum FPS drops too much, making a game unplayable. Since I'm used to playing First person shooters my own personal limit is 60 FPS. If I can't keep that steady I'm lowering detail levels.