Intel surprised friend and foe when it announced the Pentium E6300. Haven't we seen this CPU on the shelves a few years back when Core 2 duo was first released? The Pentium brand indicates it's a totally new CPU and this new release got almost nothing to do with the older E6300, besides part of the name sharing. The original E6300 was based on 65nm technology and had a 7 multiplier, for a total CPU speed of 1.86Ghz. Most of us had big fun OC'ing these early Core 2 Duo CPU's. They were very good bang for the buck and the performance increase was phenomenal over the, at that time available, CPU's. According to some tech sites, Intel released this new CPU to compete with the upcoming Athlon II. The current Pentium line up on S775 were all based on 200FSB CPU's, this new 266FSB CPU will close the gap between the current Pentium line and the full blown Core 2 Duo CPU's. 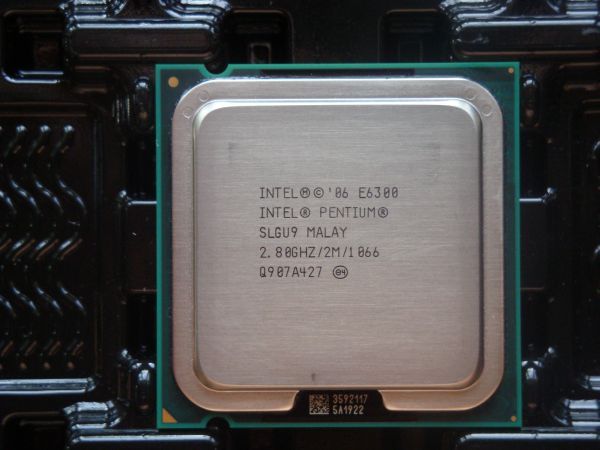 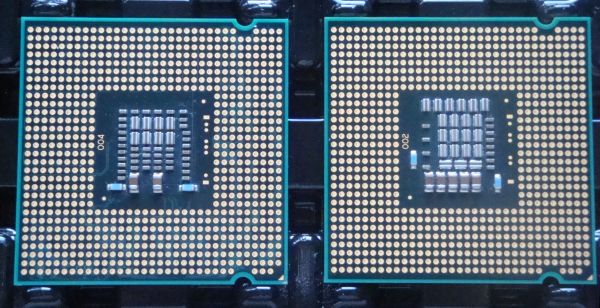 The technical stuff summarised in a small chart : 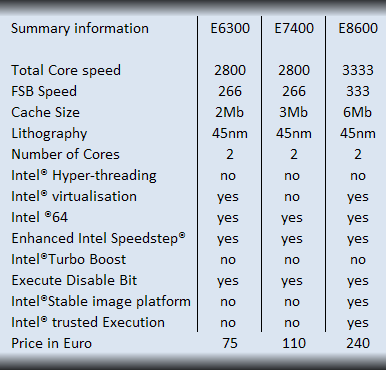