We take a comparative look at the ACARD ANS-9010 ramdisk drive versus the OCZ Vertex 30Gb Drive in this video enhanced head to head shoot-out!

Those looking for large storage are swimming in a pool of choice between 1~2000Gb hard drives at very competitive prices. If high performance is your goal there’s still plenty of choice but prices varies a lot.

While the benchmark numbers were pretty impressive he was unable to do a side-by-side comparison of any real-world testing due to time constraints and resources. When he noticed my VGA test station he had found the perfect playground for this new expensive toy.

We build our test setups with the help of Tones.be (Belgian’s Largest Hardware Shop!) who helped us with the hard drives, CPUs and monitors, MSI for the motherboards, OCZ for the memory, Coolermaster for the cases and power supplies and last but not least, Scythe for the silent CPU coolers. 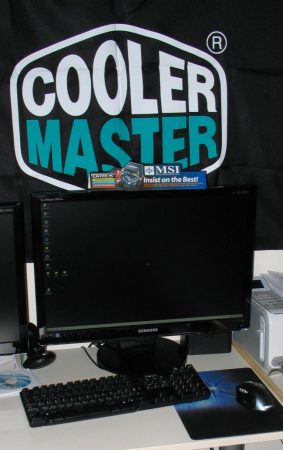 As you can see, I have two identical setups installed next to one another, ideal for some side-by-side action; since I still have the OCZ Vertex 30Gb SSD drive lying around, Massman was interested to see just how much faster a DDR2 based ramdisk device is compared to an already speedy SSD. 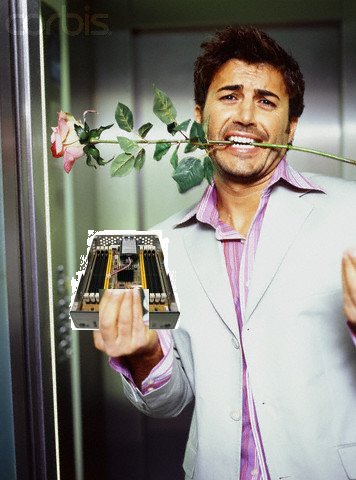 How could anybody turn down such a proposal?