Scythe was already present this year, with their EU sales office located in Germany they were present in full force, showing of their latest products.

We have an Infinity 2 Mugen 2 sample on our test bench and a review will appear soon at the site, in the meanwhile we saw a very nice line-up of Mugen 2 prototype coolers Scythe experimented with before arriving at the final design.

There were ones with 5 heat pipes and very tightly packed fins: 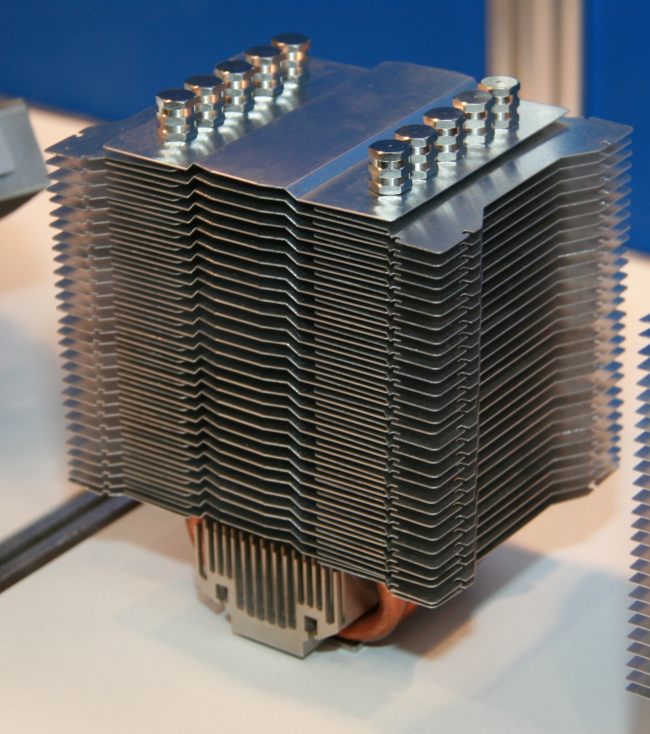 A direct-heatpipe-touch version which didn’t really perform better, in their tests the classic approach of featuring a small copper base plate gave the best performance. 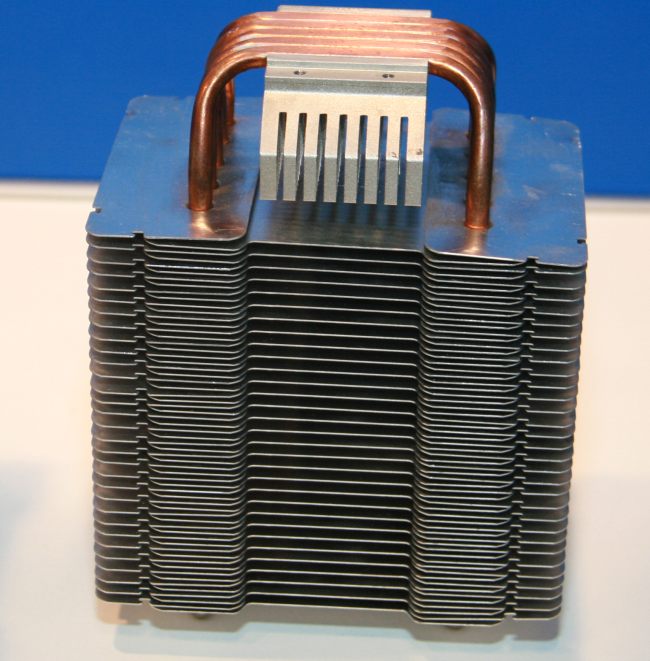 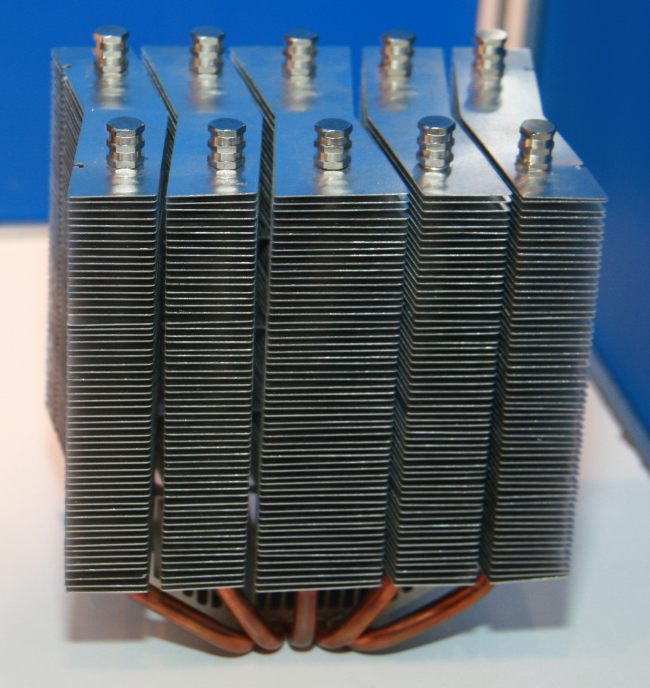 Stepping away from the prototype area we saw a huge heatsink, not quite as big as the Orochi but still mighty impressive. Dubbed the Godhand, it features a 200mm fan and a separate “Ninja” mounting wire which attaches to the PC case to take the load of the motherboard. 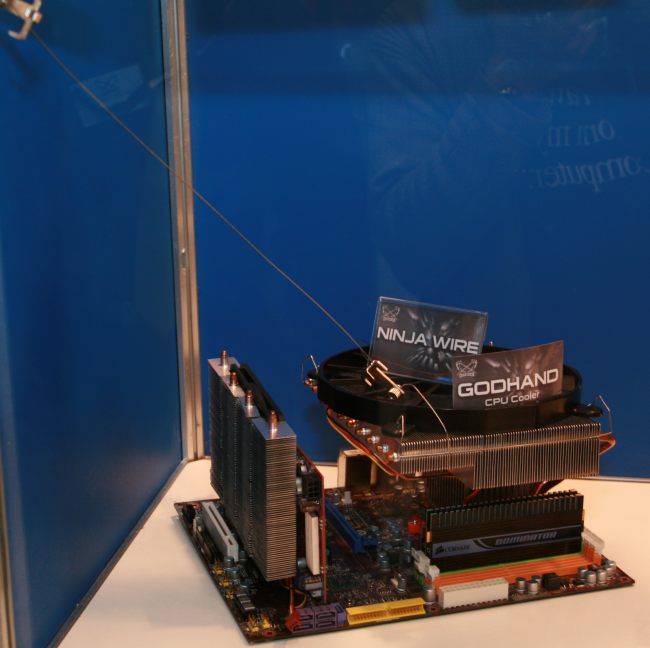 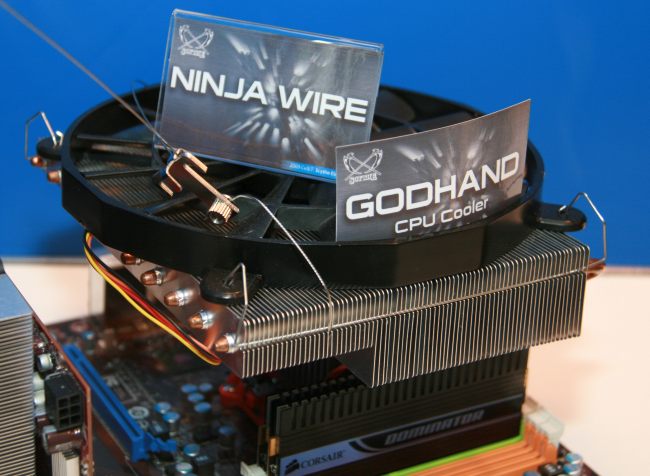 The Godhand CPU cooler covers a large portion of the motherboard, so you won’t need active cooling for your memory sticks, there is also enough clearance for even the fanciest Corsair Dominator modules. 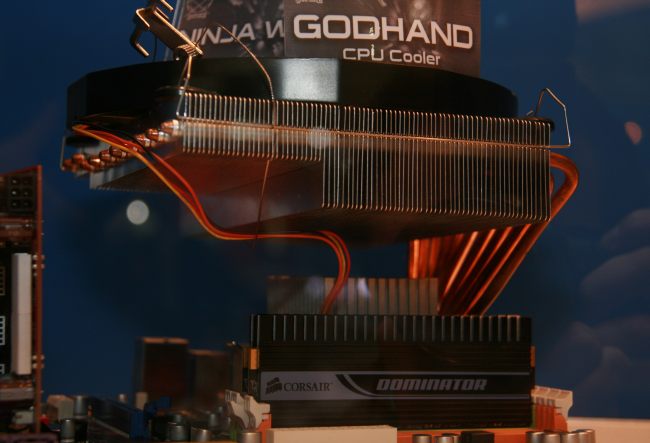 Going back to known territory Scythe will be releasing updates versions (Rev. B) of their coolers which will add socket 1366 compatibility: 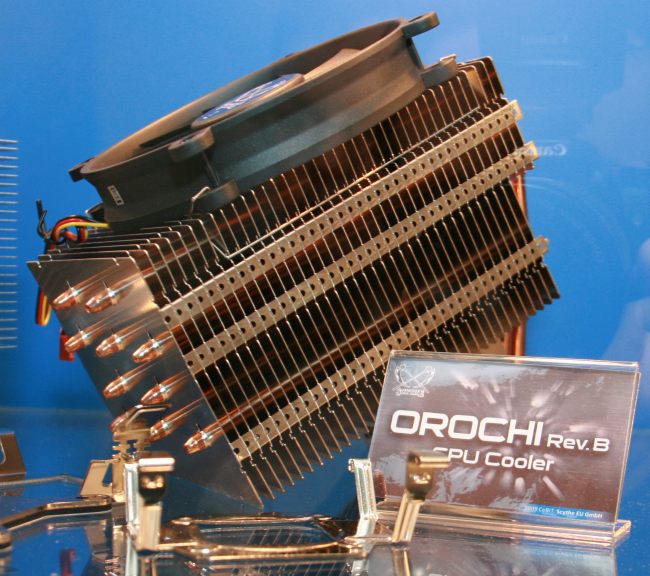 We’ll also see a new version of the Zipang, aptly called Zipang 2, it also features 6 heat pipes but the fins are more spread out and offers more raw material and coverage area. 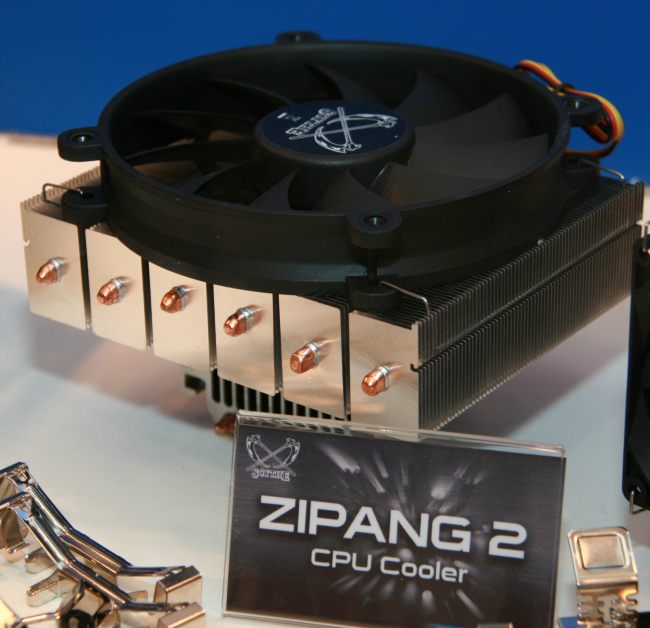 The popular Katana will also get a new version, featuring 92mm fan, the Katana 3 will have immense platform compatibility (going back to Pentium 4, all the way to Core i7) 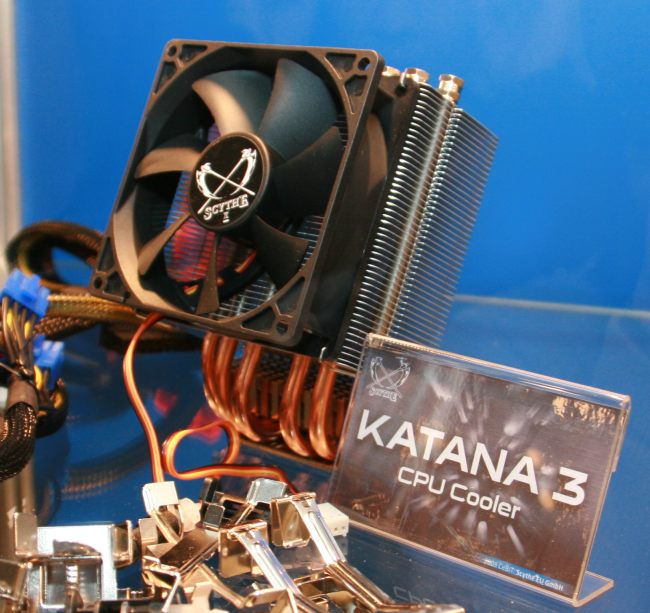 The original Kama Cross heatsink with 100mm was one fine looking cooler with above average cooling performance:

The Kama GrandCross will be a bigger version of this cooler, the unit visible at the Cebit booth looks a bit raw here and there so expect small changes before final product launch: 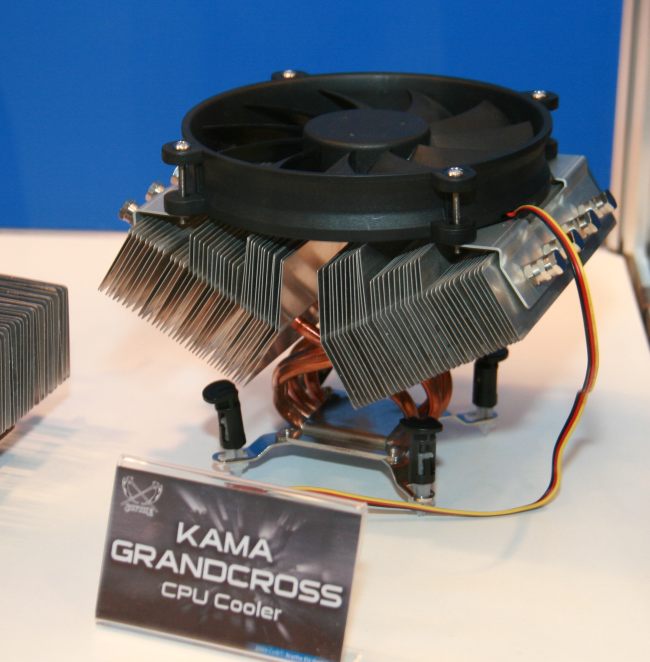 A new prototype passive VGA cooler was also on display, using the well known Ninja name, it might be a hit or miss compatibility wise, it does look like it means business, no known availability date yet. 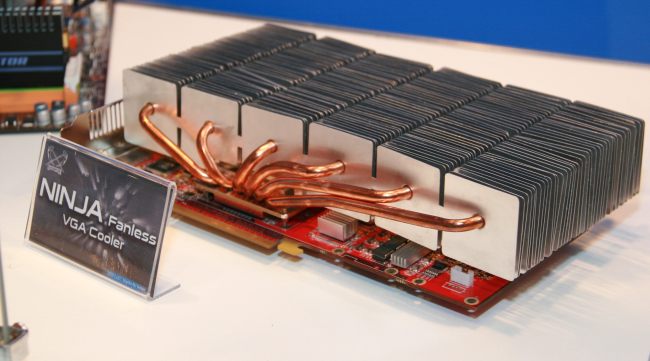 Something which will be available in very near future is the Kama Stay, a PCI bracket which allows you to fit any type size fan to increase overall system cooling: 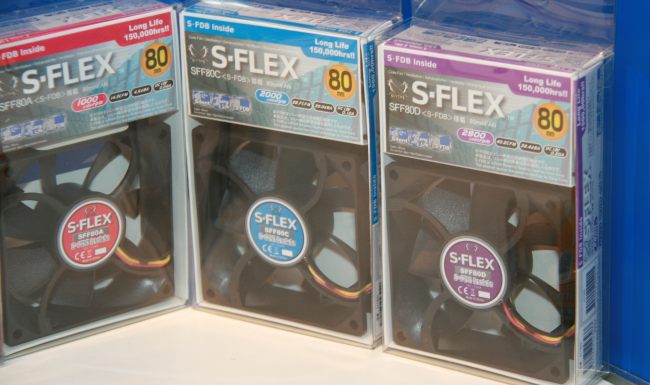