Intel will launch their new Core i7 CPU series in the very near future. It will have quite an impact as it will have an integrated memory controller, DDR3 only support, and a new Socket. Just as Socket 775 it will be a LGA based socket, with the pins on the motherboard. Only this time it will have 1366 pins and modified dimensions for coolers. Let\'s take a closer look at one of the first third party coolers, aimed at the very high end.

To install the cpu cooler we used a - soon to be revealed - Core i7 Socket LGA 1366 processor and put that one on the Asus P6T deluxe motherboard. 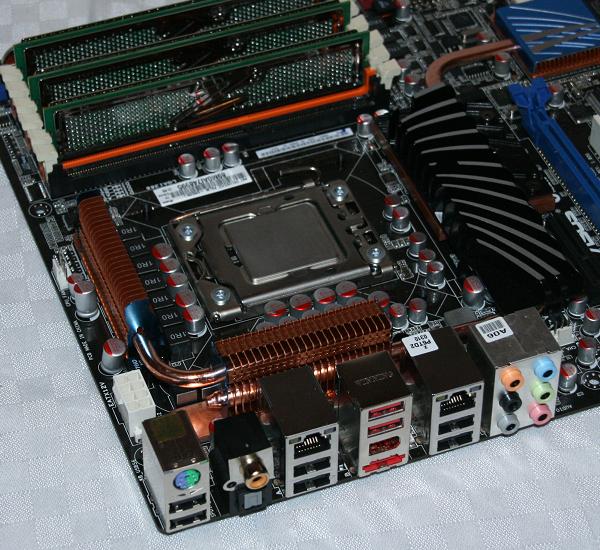 A view on the processor put in the socket. As you can see the system is very similar to LGA775, just bigger. 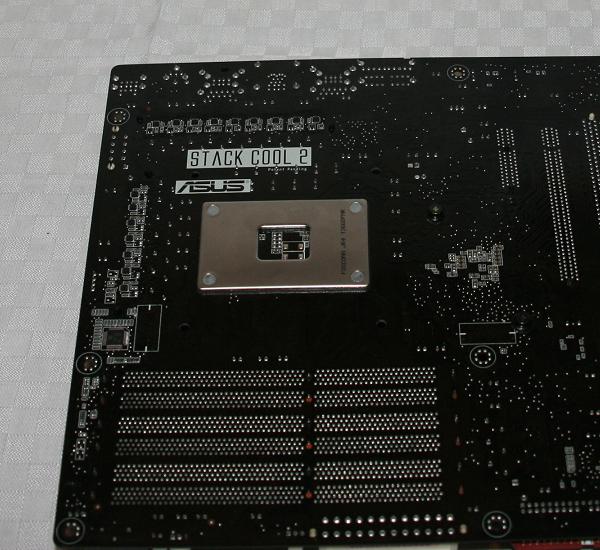 The socket is secured with a backplate on the rear of the mainboard. This will be so on every mainboard normally. The Intel DX58SO Extreme Desktop board we have in our test labs has the same. 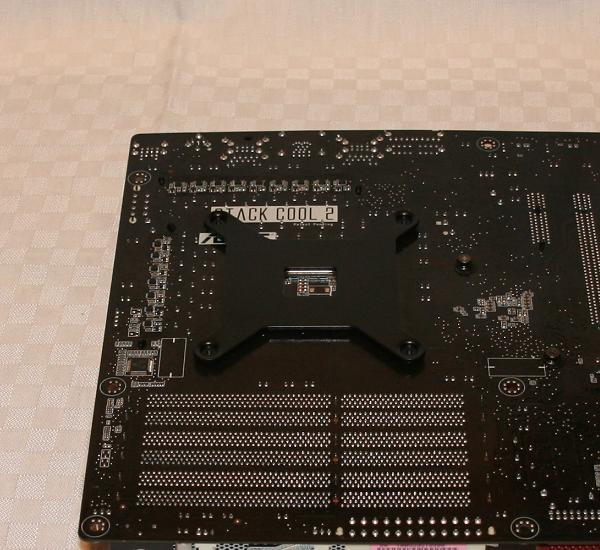 And so we continue by placing Thermalrights baclplate on it an trough the mainboard. The Socket poses no problem at all. 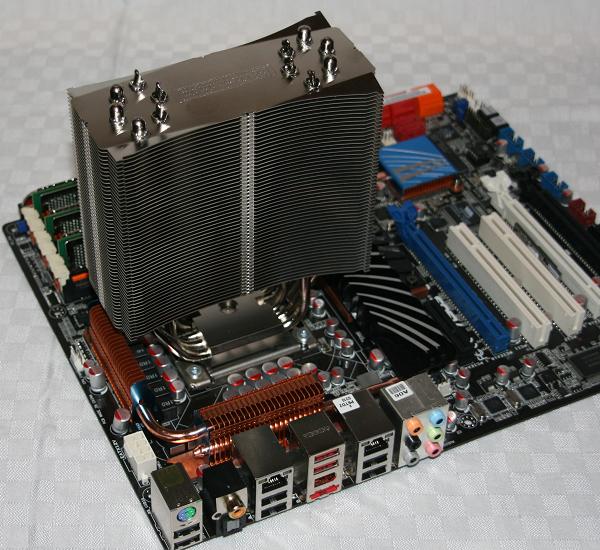 We flip the board and put the cooler on the processor. 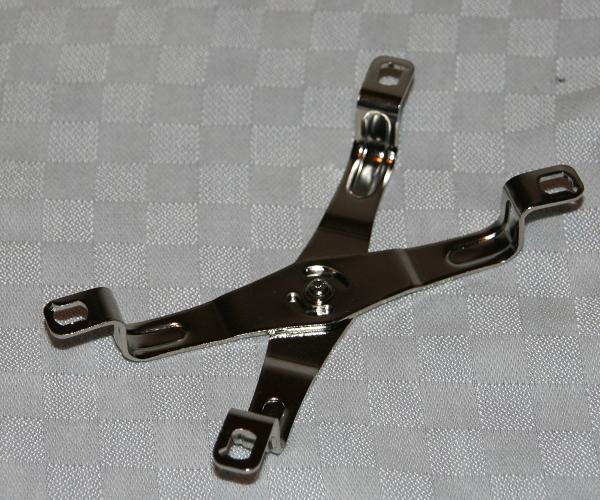 A look on th holddown bracket. 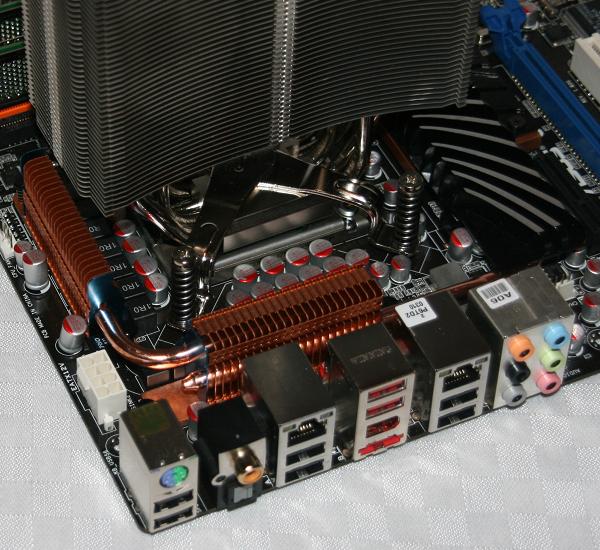 We install the holddown and tighten the screws. 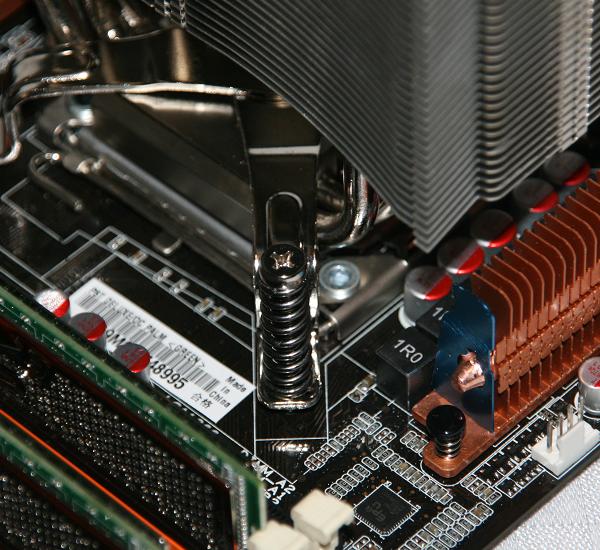 And a close up of the mounting

With a bit of bracket modification it won't be that difficult to mount any cpu cooler on this new socket.
So we'll be expecting a lot of cooler "upgrade kits" in the near future from various manufacturers.

Results of the new platform can be expected very soon.

Btw, are you wondering what was in the little cardboard box ? Here it is, a big fan to put on the cpu cooler: 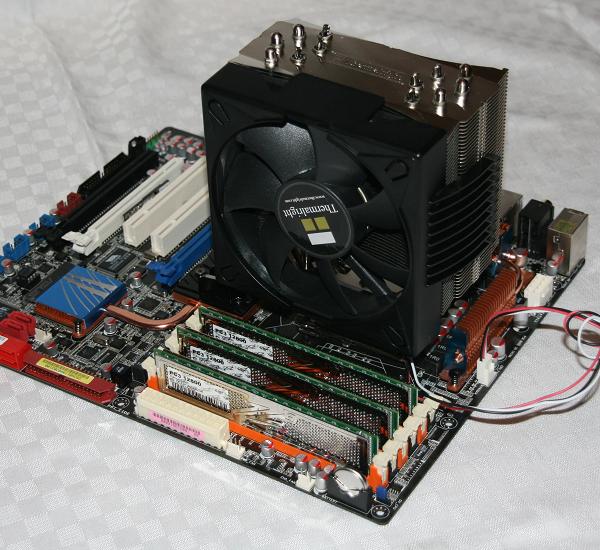 We would like to thank:
- Milan From Asus for the Mainboard
- Kristof from Intel Benelux for the CPUs and the rest of the presskit