At the begin of this week, 18th and 19th of August to be precise, Asus held an Advanced OverClocking Contest and new Intel X58 presentation in Berlin, Germany. Madshrimps was also present and with this short article we´ll be presenting some new upcoming hardware from Asus. 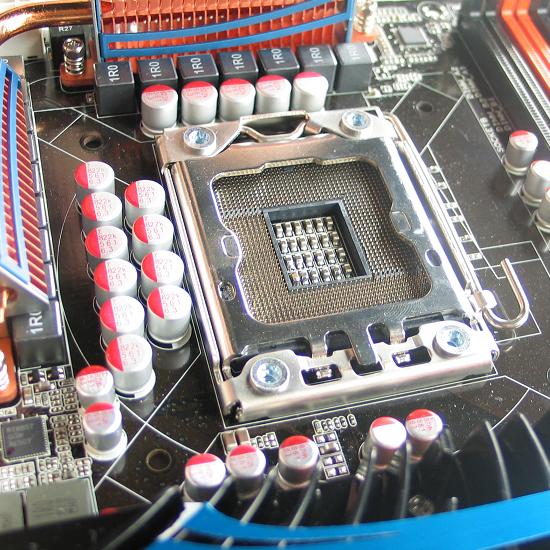 The true 16 power phases are need for the cpu, and the two extra are for the memory/QPI controller. The large number of phases should protect your computer against overshoot or undershoot which often happens during rapid current changes.
This Asus board will use the Fujitsu RE Series 560µF Capacitator, where regular boards use the ME series or equivalent. The RE series are rated at 5000 hours at 105°C and over 5 years at 86°C. The ME series will only last 2000 hours at 105°C and should live only 2 years at 86°C.

The following picture will explain it all, up to you to draw conclusions out of it. 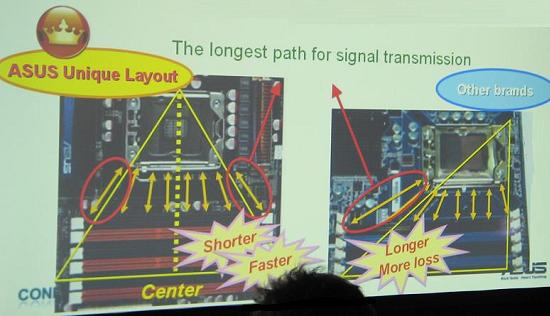 Sorry for the poor quality of the picture, it's from a presentation where I clearly wasn't sitting on the front row. 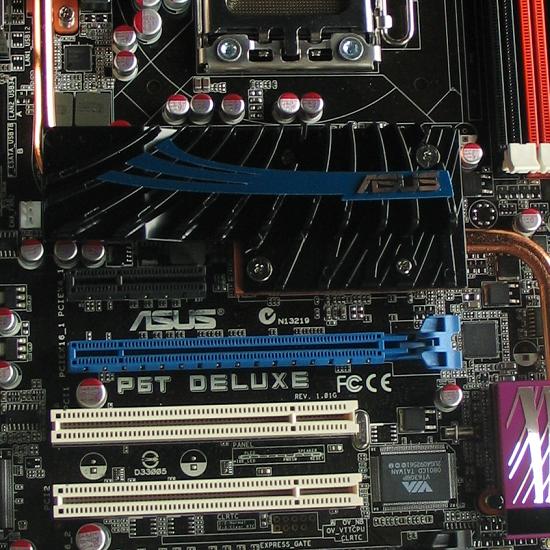 The new cooler on the P6T boards should be a whole thermal design crafted with aesthetics. The heatpipe and fin design directs the heat out of the system, away from the cpu. And this results in a 10° cooler configuration in Overclocking circumstances.

Two buttons will allow you to easy reset or power on your system. 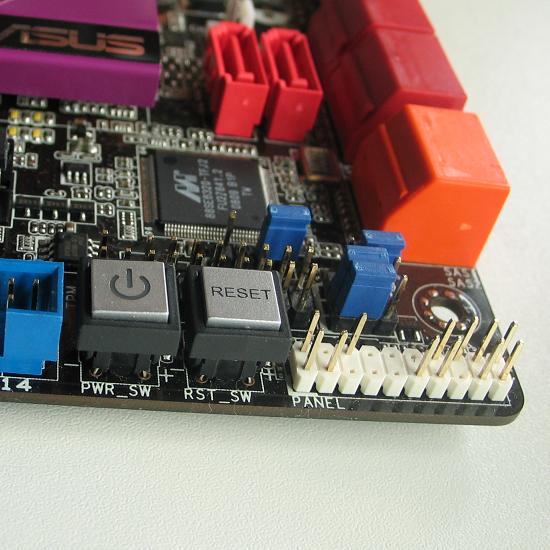 Heat pipe cooler
A heat pipe and heatsink construction will not only cool the chipset but also the power circuit. 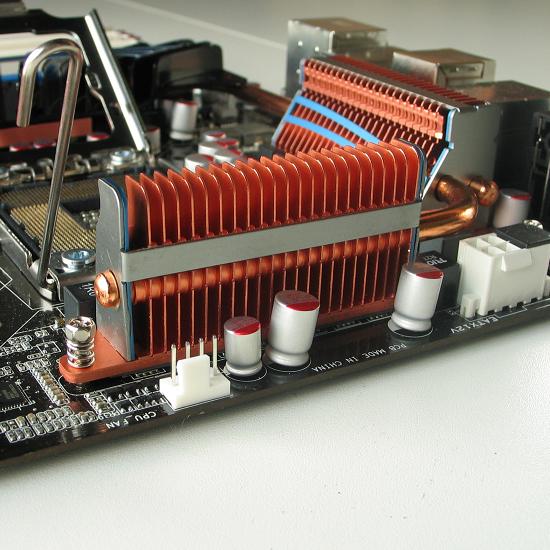 Comment from Kougar @ 2008/08/21
Looking good. I have been considering buying my first ASUS for Nehalem... first board was Abit before they lost their edge, since then always Gigabyte. Solid results, solid overclocking, good BIOS updates, and has finally gotten much better on BIOS options. But can't truly compare without trying ASUS firsthand...

Comment from Massman @ 2008/08/21
Asus + intel has always been quite decent, same goes for Gigabyte and Intel. In the end, it's just a matter of personal taste