At the begin of this week, 18th and 19th of August to be precise, Asus held an Advanced OverClocking Contest and new Intel X58 presentation in Berlin, Germany. Madshrimps was also present and with this short article we´ll be presenting some new upcoming hardware from Asus.

A quick look on the X58 based board 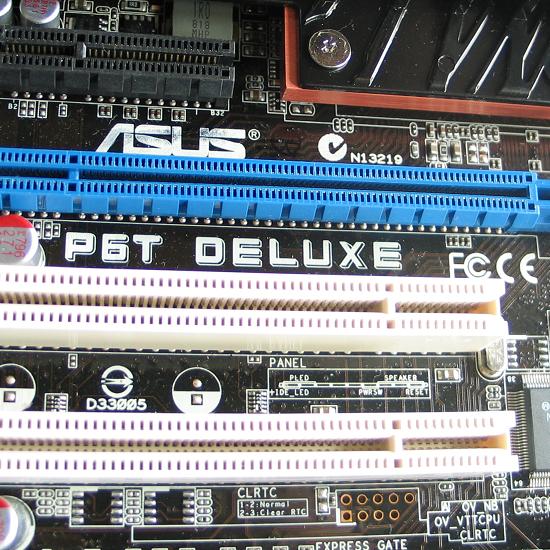 At first sight the board will have following features: 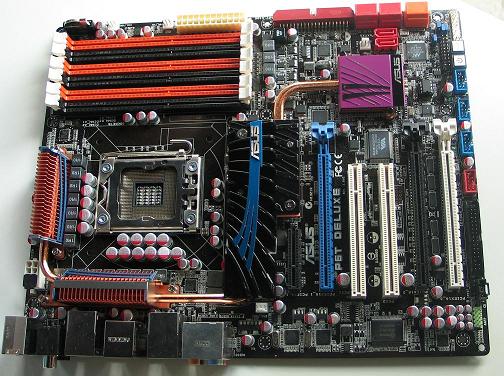 The board will have Asus Super Hybrid Engine (S.H.E). This is actually a combination of Asus Turbo-V Extreme overclocking solution and the already known money and energy saving EPU-system level power saving solution.
The Extreme Overclocking design will consist out of:

Turbo-V is a software solution that will allow you to overclock real time and allow you to even change the multiplier trough Windows on unlocked processors.
It will also control the voltage of the mainboard. The Cpu PLL, Dram, Chipset and NB-PCIe voltage in very accurate steps of 0.02 Volt.

The OC Palm is a USB device, looks a bit like a GPS system that will also allow you to overclock real time. This can be useful for example in 3DMark 06, where during the CPU test frequency could be lowered a bit and raised during the less cpu taxing tests. A few extra buttons will allow you to program profiles that can be with one click activated.

Comment from Kougar @ 2008/08/21
Looking good. I have been considering buying my first ASUS for Nehalem... first board was Abit before they lost their edge, since then always Gigabyte. Solid results, solid overclocking, good BIOS updates, and has finally gotten much better on BIOS options. But can't truly compare without trying ASUS firsthand...

Comment from Massman @ 2008/08/21
Asus + intel has always been quite decent, same goes for Gigabyte and Intel. In the end, it's just a matter of personal taste