Today we take a look at OCZ latest addition to the Flex series : the Flex II DDR3 kit. As a matter of fact, this is our first DDR3 review in the house - better late than never I suppose - so have a look what DDR3 water cooled at 2Ghz can bring to your doorstep.

Introduction : DDR3 is here to stay

As we have just celebrated the first anniversary of the DDR3 platform(s), you might have noticed that, here at Madshrimps, we still have to review our first DDR3 memory kit. You might wonder why, and there are several reasons for it, for good or for worse.

First of all, we have dedicated a lot of effort to build and maintain a decent DDR2 test setup, which has served us well for almost two years.

Secondly, adoption rate for DDR3 has been very low, at least where we are located. When talking to local shops, DDR3 only makes out for only a couple of % of the shipping volume of memory, until today.

Thirdly, we have been supported tremendously by the manufacturers in our stance that DDR2 is not dead yet, proven by many manufacturers who still bring new (high capacity) DDR2 modules to the market. Furthermore, DDR3 did not bring us the expected performance gains (over DDR2), at least not with today's platforms. Lastly, and this interconnected with all the previous reasons, DDR3 and its platform has been expensive... until the manufacturers themselves realized that the prices could not be sustained much longer, so they fell, and keep falling today.

So here we are today, with good reason to start a DDR3 test setup: prices are down, DDR3 motherboards are everywhere, and DDR3 is no longer the black sheep in the white mass. Don't go expecting the great performance leaps though: DDR3 is not really optimized for today's platforms, which still rely on front side busses to connect the memory with the CPU, but it will be for tomorrow’s platform - which is Nehalem. But more on that later. Let's have a look first at what DDR3 brings to the table. 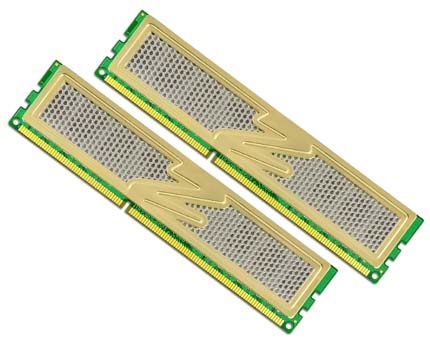 DDR3 : more than just an evolution of DDR2 ?

As other sites have dedicated a lot of effort already into providing insight into the changes of DDR3 memory, I'll not go into too much detail myself, but provide you with some links and must-reads if you are interested.

DDR3 and the DDR3 platform were introduced in late may 2007 (NDA was May 21st, but it was a crazy launch at the time, with motherboards appearing on the market long before the NDA expired), with the introduction of the P35 DDR3 chipset. The first motherboard on the market was the Asus P5K3(-deluxe), and the first DDR3 memory modules were 1066Mhz (PC8500) and 1333Mhz (PC10666) memory kits. It was Anantech that actually brought one of the first real DDR3 reviews to the community, in the form of an early DDR2 vs DDR3 comparison on the P35 chipset. As you might have presumed, the comparison was not all too favourable for the DDR3 modules: there were virtually no gains to be had when moving to DDR3, except maybe some single digit improvements for the benchmark enthusiasts.

The reasons for initial failure were quite simple: DDR3 builds on the fact of gaining bandwidth between memory and CPU, while suffering (or giving up) a bit on the latency side. This means that the frequencies are up in comparison to DDR2, but the wait times (latencies) are up as well. This is most clear in the latency numbers of the memory kits you see advertised: while DDR2 can boast speeds of 1066Mhz at cas 4 or 5, DDR3 delivers speeds of 1333Mhz or higher, but at cas latencies of 6 or 7, or even higher. Which one is the fastest? There's no simple answer to that, but JEDEC, the international memory standards organisation, expects DDR3 to move ahead from 1333Mhz onwards, provided you can get the latencies low enough.

Finally, to answer my own question in the title of this paragraph, have a look at the table below:

The above table pinpoints the main differences between DDR2 and DDR3, and although things don't look that different, they're more than proficient to call DDR3 a new architecture. From all of the above differences, the one you'll be seeing is no doubt the voltage at which the modules operate: official JEDEC specification is 1.5 Volts, whereas it was 1.8 Volts for DDR2. Of course, like with many DDR2 modules, manufacturers tend to enlarge the voltage envelope a bit, and there are already many DDR3 modules out there that operate at 1.9 Volts, or even higher. Please be careful though when overclocking, as over 2 Volts on DDR3 is not recommended for day to day use.


Before we move on, a special thanks to our local hardware shop, Tones, for providing us with cpu and motherboard for this first DDR3 review.