The In-Win B2 is without a doubt a gamer orientated ATX chassis. Designed with aspects and features to resemble a B2 stealth bomber plane this military looking case is apt to turn some heads. It has a fully functional automatic hatch at the front and comes with four case fans to keep your hardware inside running cool.

In-Win products have been featured at the site before, most recently a review of the elegant Allure. Today we have a manlier product for test.

In-Win made a male version of the Allure, it’s bigger, has better cooling and is designed to look like a B2 Stealth Bomber. In form it still remains an ATX case, but there are details added to make it at least have something in common with the gigantic airplane.

The box arrived it good condition after a trip from Taiwan to Europe. 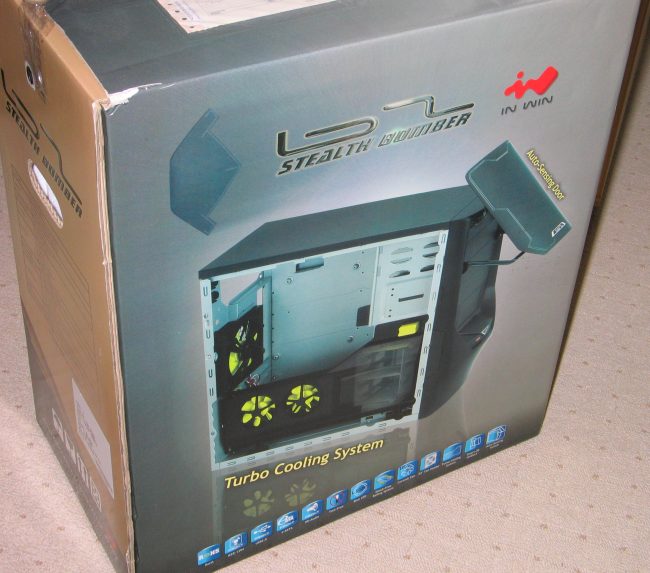 It’s most unique feature is the automatic front door which covers the drive bays, we’ll take a closer look at how it functions later on.

Straight from the In-Win product page these are the official specs: 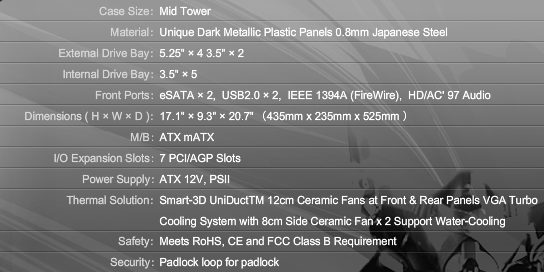 The case is made from 0.8mm steel panels and in thus quite heavy for its compact size. Still you get to fit up to 4x5.25” devices which is far from bad.