Scythe Ninja Copper - Specs and In the Box

The original Scythe Ninja was launched more than 3 years ago, since then Scythe has released several revisions to perfect the manufacturing process and mounting system for the new platforms. The basic design however has remained pretty much the same, a limited series of aluminum fins which are approximately the size of a 120mm fan are held together by no less than six U formed heatpipes; these heatpipes are joined together in a copper base large enough to cover the latest AMD and Intel processors.

At Cebit 2006 Scythe demoed a copper Ninja CPU cooler but we were told that it would not be available in retail due to the increased cost and less than stellar performance improvement over the normal version.

The original version will set you back approximately €35 (PC-Cooling.de) while the new full copper version costs ~€55 (BytesAtWork), that's quite a premium you have to pay; in that regard Scythe was right that the Copper version is not very cost effective. But the public demand was large enough for them to produce a Copper version of the Ninja in larger quantity. Today we’ll find out if its performance is worth the extra cost. 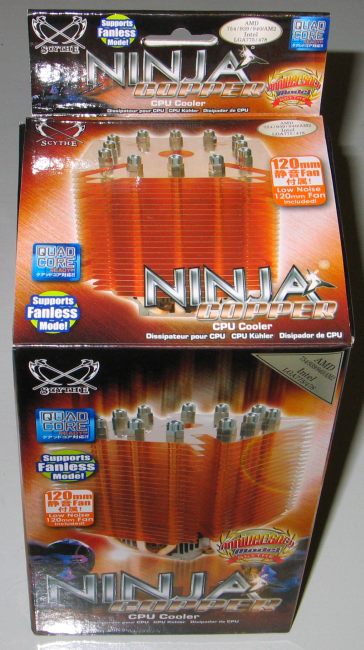 The packaging is quite clear but a bit logo heavy; still it gets the message across of what the product is and what it is capable of. 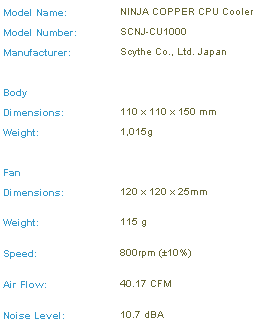 Yes the Ninja Copper passes the magical 1000 gram weight limit, not a lot of CPU coolers out there even come close to this. The included fan is build for silence with a rotation speed of only 800rpm at 12v your system will be very quiet. 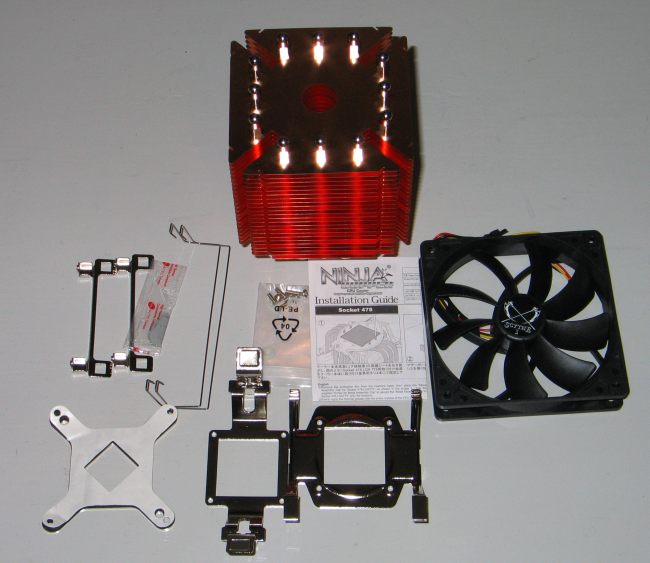 For your money you get: