Brando SATA HDD Dock allows you to hotplug any 3.5 or 2.5inch SATA drive in a nifty external device. No more screwing around to get that external hard-drive installed. Just push it into the HDD Dock and start copying files.

We tried the Brando SATA Dock with different hard drives, 3.5” and 2.5” in size. Your system correctly detects the device (under Windows 2000/XP/Vista) and adds the disk to your system for you to use as one large “USB drive”.

The connection for power and data sits next to each other with SATA drives making them very plug&play friendly. The SATA Dock uses this effectively: 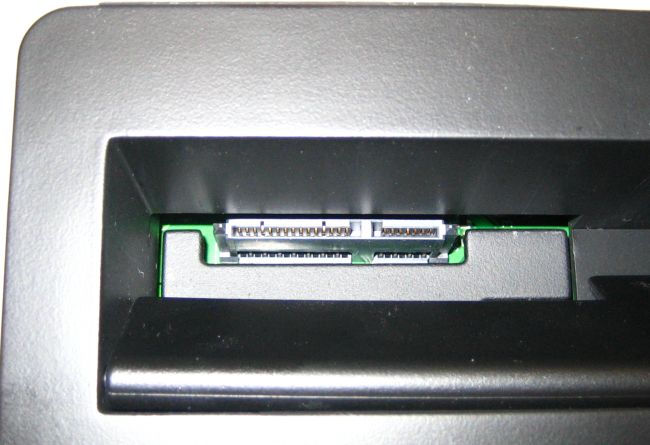 Once you push a drive into place it will be stuck and can’t be removed by just pulling it upwards, if you do the SATA Dock will come along: 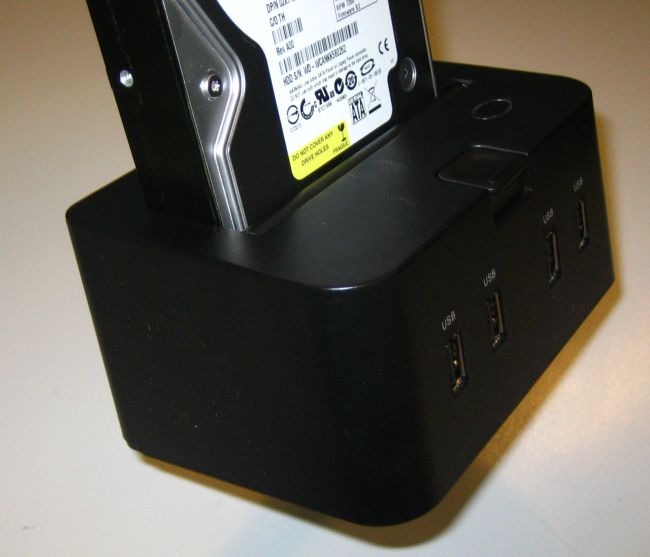 To release the disk you need to press the eject button, as illustrated below. 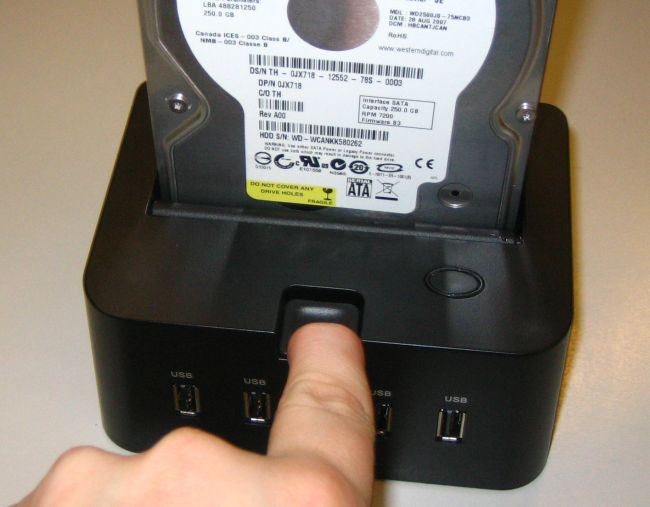 So far the easy part. Let’s see how your HDD performs inside this Docking station:

We take a spare 160Gb SATA Seagate HDD and hook up to our internal SATA controller; the ATTO benchmark was set to run with the following settings and results: 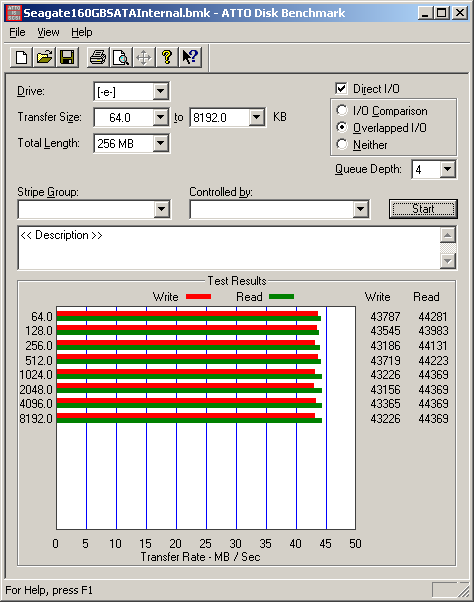 We’re averaging a ~44Mb/s read/write speed with this drive in this Dell GX755 Optiplex system which we used for the test, not extraordinary high numbers, but acceptable.

The same drive plugged into the SATA Dock and connected with USB 2.0 gives: 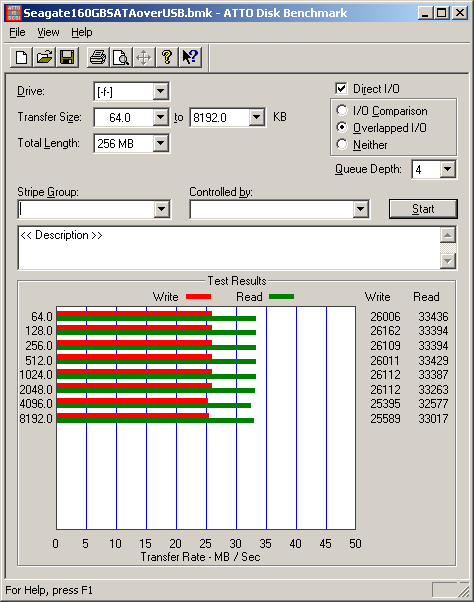 Lower results were expected, but they didn’t drop by that much. Read speeds are near the limits of the USB 2.0 interface (~34Mb/s) while write speeds are lower at ~22Mb/s.

As a last performance test we plugged in a 250GB Western Digital SATA disk to verify our USB results: 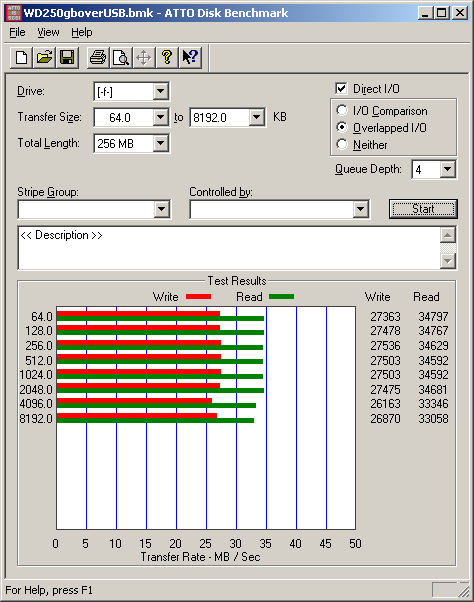 Pretty much on par with the Seagate drive.
Comment from jmke @ 2008/06/25
Sharkoon is also selling these units here in Europe; The vanilla version is €25, the Pro adds eSATA and USB/Memory card reader for €37 in total; sharp pricing!