Today we focus on the SST-MS05 from Silverstone which is the latest in their external drive enclosure line which includes an internal docking bay (requires a free 3.5inch external bay or a 5.25inch bay adapter).

Blue LEDs shine out from a translucent strip across the nacelle for power and drive activity. The drive tray is fastened to the rear plate of the enclosure with two screws. The rear plate has openings for the power and data connectors (USB and eSATA). The brain of the kit is the J-Micro 20136 LSI chip which resides on the PCB (printed circuit board) within the enclosure.

Differing from the earlier Silverstone drive enclosures, this one has four rubber pads to provide some shock and noise isolation between the drive and tray - the earlier models had no drive isolation at all. These pads lead me to believe that some of the production and final assembly of this unit were farmed out to a 3rd party. One of the pads was substandard (seen in the drive tray pic), being only a partial one - not up to Silverstone's in-house assembly standards. I think that silicone or elastomer bushings or grommets would have been more up to Silverstone standards. It isn't bad enough to affect the drive mounting, but still should have never made it through QC. 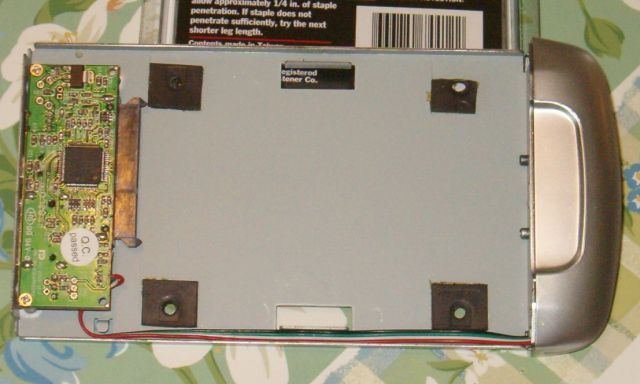 I would have preferred to see some ventilation in the drive housing - there is none. While I was performing some extended testing, the temp of the drive got up into the mid-40°C range. Notebook drives are built to sustain higher temps than your typical desktop drives, but we shouldn't be exercising the higher thermal tolerance needlessly. The other SST enclosure I have here, the MS04, has large slots in the housing for cooling plus a fan and is still quieter than several other models I've tried. It should be the same if a few vent slots were added to the MS05 - I may add some to this one some day. 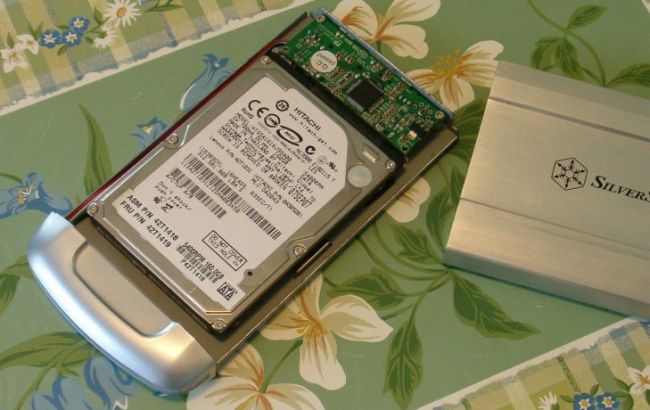 Now on to the other major component of the enclosure - the drive tray. It is formed of SECC sheet steel of an unnecessarily thick gauge. It is assuredly sturdy though. Neither the drive nor the tray will be going anywhere once fastened into the housing. There are four screws showing on the back plate of the housing. The ones for the user to remove the tray are Phillips head, while the others that hold the rear cover on are unusual, thus helping to prevent your using the wrong ones. Of course, being the techie I am, those had to come out as well for a full interior inspection.

The package is now open, showing the bottom of the drive enclosure on the left, and the docking bay with all the miscellaneous cables and parts inside it on the right. All are resting on the eye-catcher card which would be between the halves when closed. Note that the bottom of the enclosure has no grippy feet to prevent it from sliding around. Details, details...

Now I will list what you will find in the package: