With the majority of PC shipments being laptops it is time to find out how you can effectively keep them running cool. In this comparison review we test seven different notebook coolers from Zalman, Vantec, Spire, Sunbeamtech, Revoltec and Antec.

With notebook shipments continuing to increase, it’s only a matter of time before the scale tips and more notebooks are sold than desktops.

With the increased availability of powerful CPUs in a small package, having a laptop doesn’t necessarily mean working with a slow(er) machine. While the power usage of these portable processors is kept low to provide longer battery life, they still give of quite a bit of heat.

The need for extra notebook cooling is twofold. The most obvious is to reduce the heat produced by the laptop, preventing skin burn, secondly, by reducing the operating temperature of the CPU, the internal fan will spin slower and thus make your notebook less noisy. The last depends very much on what fan is used inside your laptop and also what fans are installed in the notebook cooler… if the cooler adds more noise than it reduces, it’s not really helping.

In our article today we take a closer look at seven different products, some have similar design, while others are quite unique in form and function. 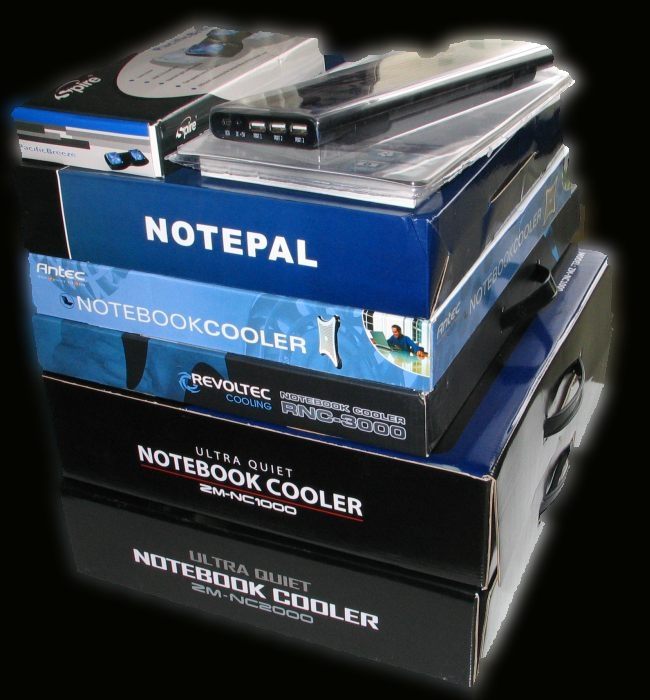 Ordered by weight we present you with the following test candidates: 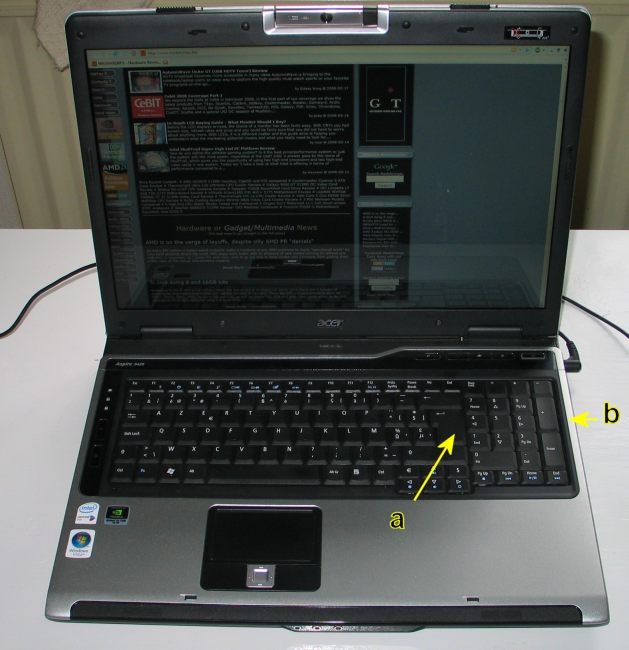 With an IR thermometer we measured two areas of the laptop:

Some of us still use our laptops (even the aircraft carriers) on our laps.
Comment from jmke @ 2008/04/09
check the bottom of each cooler to see how it's formed. I think of the ones in the review only the Antec is flat enough at the bottom to be used on your lap. The others are either too small, or made to be used on a desk
Comment from Kougar @ 2008/04/09
The Antec cooler should be avoided, I tried one. As you said, it is to small for 17" laptops. Additionally one of the fans wore out after exactly 1 year, makes an insane racket to try and use it. Still under the 3 year warranty, assuming you kept the original purchase receipt which I didn't. I wouldn't want to even pay shipping to warranty it anyway, not worth it in my opinion.