We explore the Halls at Cebit in Hannover 2008, in this first part of our coverage we show the latest products from Titan, Sparkle, Calibre, JetWay, Coolermaster, Biostar, Gainward, Arctic Cooling, Asrock, OCZ, Be Quiet!, Revoltec, Twintech3D, HIS, Galaxy, FSP, Xirex, Silverstone, CoolIT, Scythe and a special LN2 OC session at Mushkin.

For the fifth consecutive year we visited the world’s largest IT tradeshow in Hannover, Germany. Cebit in 2008 was 6 days of the industry's latest product on show in over 34 halls.

We left our cozy bed early in the morning to the catch the [M] taxi at 4:00 am, after little less than 5 hours we stopped in one of the several large parkings surrounding the Messe Exhibition Halls.

Here we divided our team in two groups, this first report comes from JMke and Geoffrey who visited several manufacturers. Massman and Piotr will soon publish their news on the latest product from Cebit too.

We like to thank the following companies who made our trip to Cebit 2008 possible:

Our first stop was at the Titan booth, here we saw a lot of familiar products, which have been performing well in the mid-range section of the market. Their water cooled cases has gone the way of the dodo, in its place we now have several PWM activated CPU coolers, as well as a high end model. 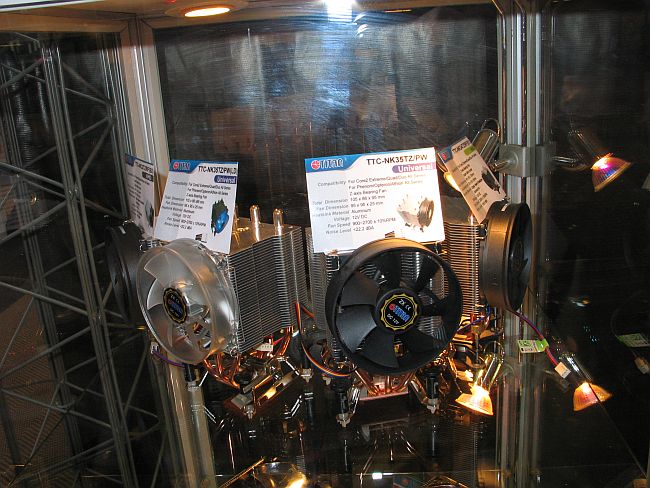 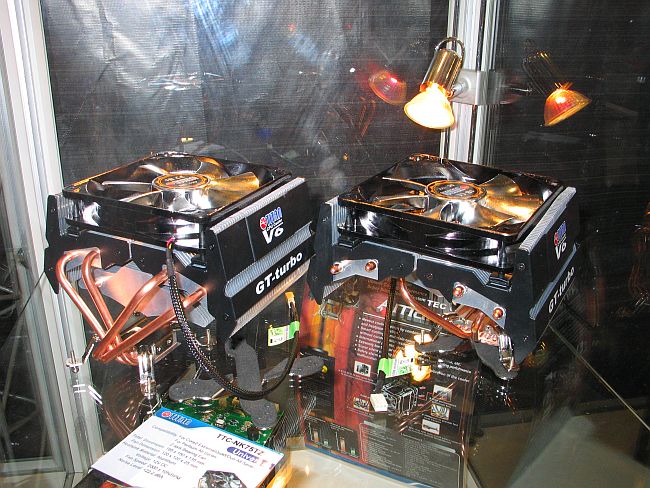 Titan is a major partner for a lot of OEM companies based in Taiwan and China, they build Intel and AMD reference CPU coolers for them, which offer better price/performance/noise ratio than the Intel reference solutions. 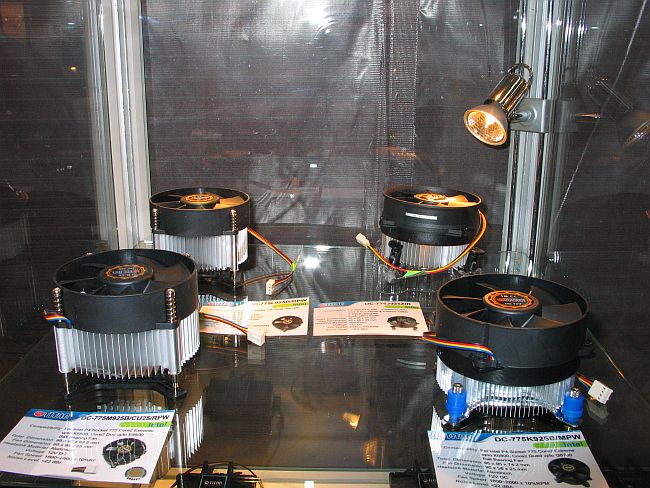 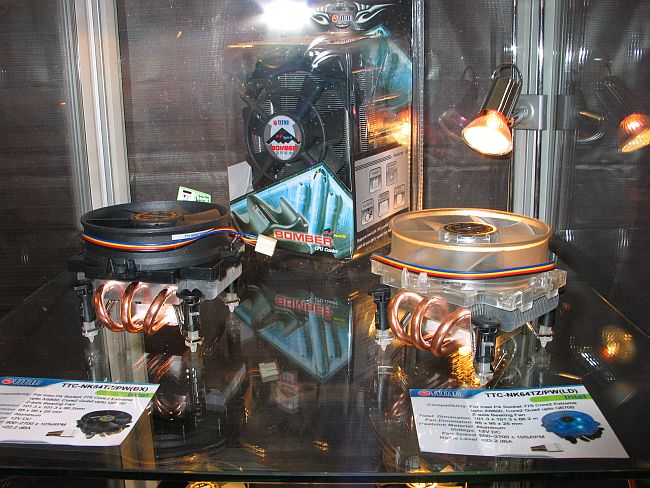 A new revision of their VGA cooler will also be available in retail, offering wider compatibility with current, previous and next generation video cards. 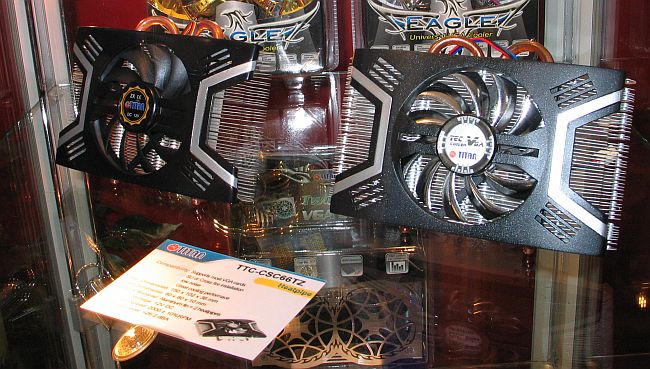 Titan has also several HDD coolers in their product range, low and mid-range products are passive models; the high end comes with added fans. Below you can see the passive models. 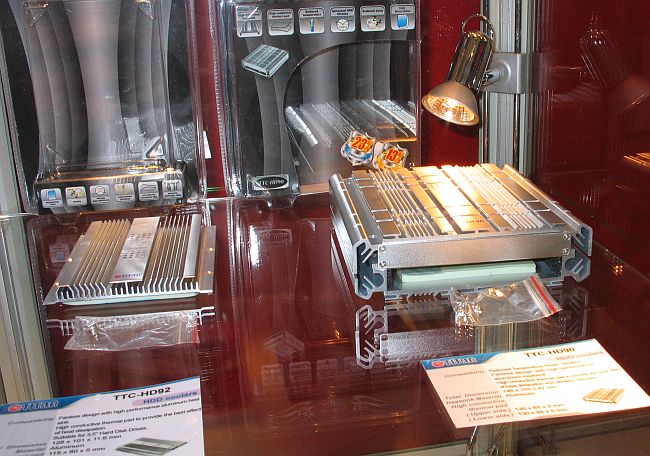 Hard disk cooling at its best. With the temperature sensor mounted on the chip you'll measure a large temperature drop by using the Titan TTC-HD90. This complete passive solution does require a 5.25 inch bay but as replacement your hard disk drive should last longer and also reduce noise. If you see yourself paying €30 for HDD cooling then you may be more interested in the TTC-HD92 which doesn't perform that bad either, although that it does only cover the hot components on one side of the disk. 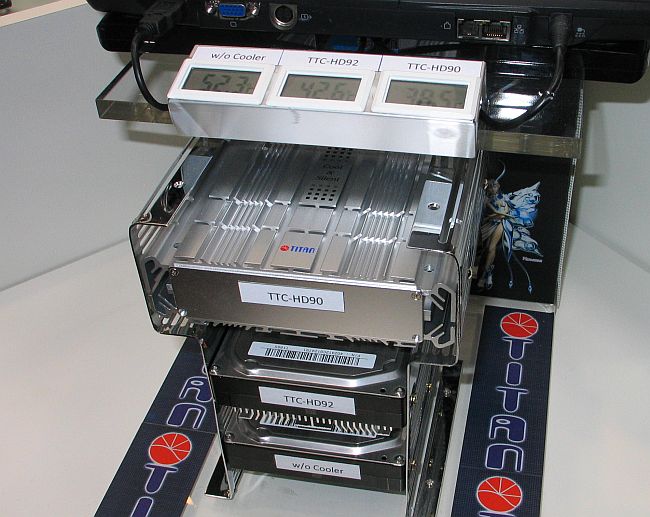 Something out of the ordinary spotted at the Titan booth; a BBQ-buddy, with beer bottle opener! 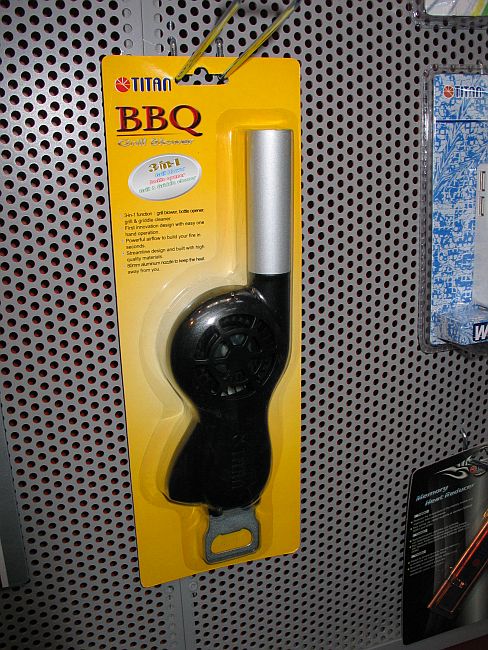