Thermalright added two extra heatpipes to their successfully Ultra-120 CPU heatsink, in order to further improve performance on the high end scale. We compare this CPU cooling beast to the best out there to see what it can offer eXtra.

Intro, Specs & In the Box

Hot on the heels of our previous CPU cooler reviews we bring you our long awaited coverage of the most high end CPU cooler out there, the Thermalright Ultra-120 eXtreme. When Thermalright introduced their vanilla early Ultra-120 in 2006 the AMD Athlon 64 systems were quite popular as the Intel Conroe had not launched yet. We tested this new cooler on our reference Athlon 64 system and found the results to be less than impressive.

The reason for this apparent lack of performance was due to how the cooler was mounted on the CPU, on Athlon 64 only two mounting points were used, offering less than ideal mounting pressure. Last year we re-tested the Ultra-120 on the new reference system based on S775. Using four mounting screws the heatsink was secured with ideal mounting pressure on the CPU, the performance results were very different from our earlier findings, the Ultra-120 took first spot in our performance charts and remained there ever since June 2007.

It took another Thermalright product to push the Ultra-120 from top spot, the IFX-14 monster heatsink was capable of delivering the best CPU temperatures with low/medium speed fans. Only when paired with high speed fans the Ultra-120 remained superior.

This brings us to today, with help of Sidewinder Computers Systems Inc. an enthusiast online computer shops based in Indiana, USA, we obtained a sample of the notorious Ultra-120 *killer*, the Ultra-120 eXtreme.

Specifications & In the Box 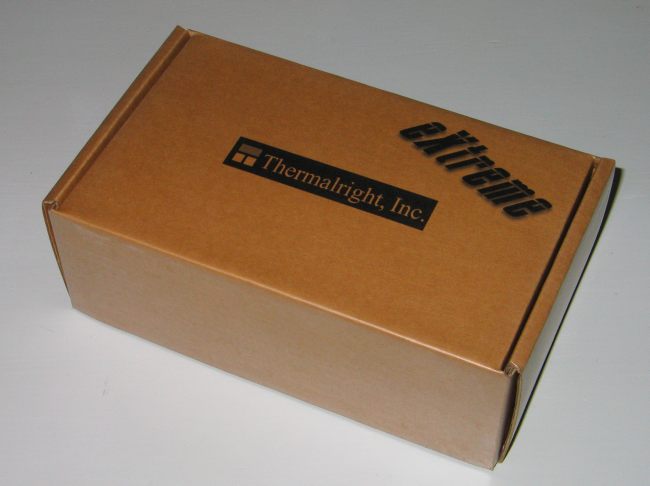 The first set of specs are from the Ultra-120, the second set the new Ultra-120 eXtreme. An extra 45 gram differentiates these products. The extra weight comes from the eXtra heatpipes, the original featured 4, the new one gets 6! 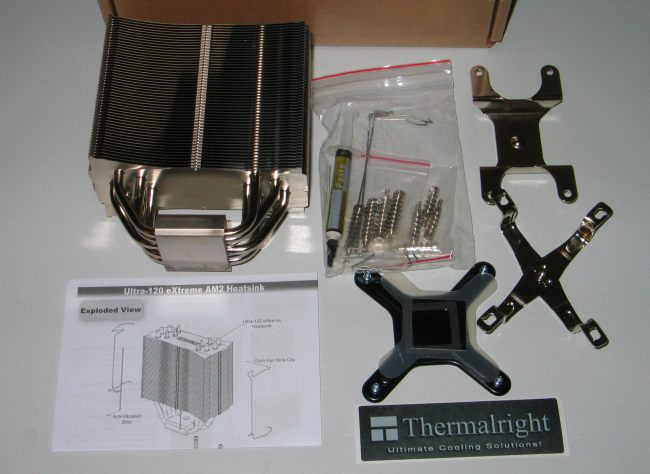 Inside the box you’ll find mounting gear for AMD AM2 and Intel S775 platforms, an installation manual, fan clips and anti-vibration strips, a sticker and a tube of thermal paste.