PC-Cooling.de send us an affordable mid-tower case from Lian-Li, this light weight aluminum case comes with three silent 120mm fans preinstalled and lots of tool less features. Let´s find out if a high end system can be kept cool inside.

Lian-Li has been making high end enthusiast cases for years now, anybody looking for light weight aluminum cases with excellent classy design will have stumbled upon the name. Today we feature our first in-house Lian-Li case reviews with help of PC-Cooling.de.

The PC-7 mid-tower case series is arguably their most popular enclosure, the latest version brings it up to III, this SE unit we have in for testing comes in black brushed aluminum, it’s also available in silver color. PC-Cooling sends the case in its original cardboard box, which has the necessary info printed on the outside: 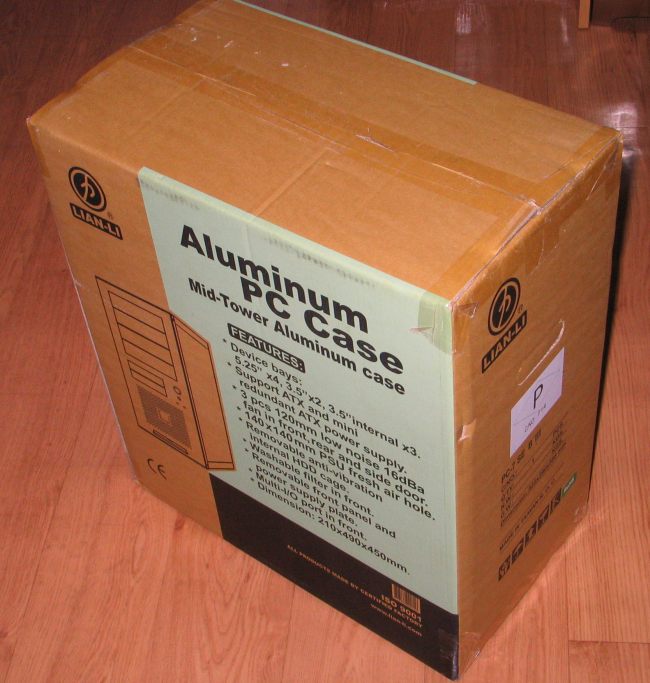 We found the case inside in excellent condition with no damage from transport.

Lian-Li maximizes the space inside the mid-tower, limiting weight and finding a balance between functionality and looks, here are the details: 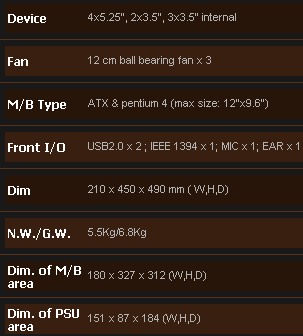 Those wondering what’s different between the PC-7 SE-B II and PC-7 SE-B III, the answer is: not much. PC-Cooling sells both at the same price of €99. They come without power supply and physically they have the same dimensions, number of drive bays and looks.

The difference is in the details; from the outside you can notice it from the top: 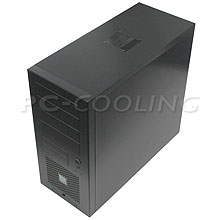 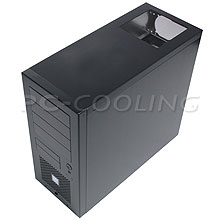 Where as the PC-7 SE-B II has a top 80mm exhaust (and optional fan mount), the SE-B III has no fan hole in the top panel that corresponds; instead you get a grill over the PSU area, allowing hot air to escape, or the PSU to draw in cool(er) air.

The inside differs only in the HDD bay area, where as the II version requires screws to install the HDDs, the III does away with that and incorporates a larger bay with vibration noise reducing HDD mounting rubbers. 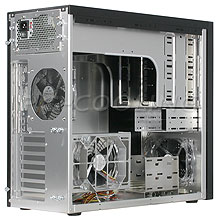 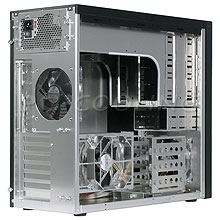 Let’s compare size and take a closer look ->
Comment from Sidney @ 2007/12/20
I like the one with F/R fans only; wonder if I can get a side panel without fan hole. I am still using PC-60 with 80mm fans running 7v. Still like the classic look.

, but it really does look better in silver as I have it from PC-Cooling (which is one of the cheapest sites to order cooling gear, cases and power supplies, and they have a huge selection).

I am surprised it didn't get a value award because for an all alu case with 3 decent fans (review needs to mention it btw, that is a PC-Cooling special version) this is serious value.
Comment from jmke @ 2007/12/20
Value is debatable, as imho the Coolermaster 690 gives better Value for money (~$70) with more expansion slots and more cooling options; but Mainstream is between Value and High End, which this case certainly is, affordable for most people who are building a PC and want a quality ALU case

They can both be the best value depending what you look for and mainstream doesn't really do this product justice.
Comment from jmke @ 2007/12/20
for an enthusiast product to get in spotlight of mainstream, that's quite an accomplishment, can only be gotten if price is right AND features are good

Weight isn't everything, you know