We will go through CMOS reset from a mistake made in BIOS setting. Replacing Vista with Windows XP and how about upgrading the CPU while it is so inexpensive at eBay. Let´s call this a double “upgrade” and fixing a fatal BIOS mistake made.


After nine months of using this laptop, I noticed new a BIOS was available at the Gateway website. Flashing the BIOS, a piece of cake, came to mind as I have done it so many times for desktop PCs. Flashing the BIOS from CD was painless and the laptop booted up. I did the presumably, normal BIOS setup which was a lot less in a laptop than desktop. The fun began, it would not boot at all afterward. Nothing! Oh well, resetting the CMOS is a simple task on desktop but not on a laptop. I IM’ed with Gateway support. One hour later, I was offered a free repair and confirmed that the laptop had to be taken apart to access the CMOS battery. A “package” was sent to me to pack the laptop for shipment in 2 business days; I was told the repair would take approximately 7 days. 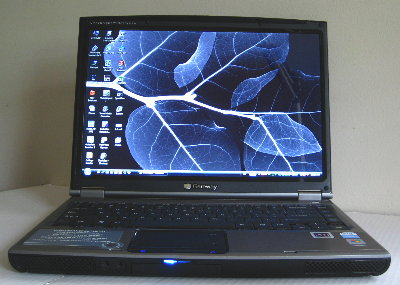 Love taking “things” apart as a kid, I was pondering for awhile afterward. The next hour was spent trying to disassemble the laptop. I have had the pleasure taking three “Toshiba” apart previously. There are always “secret/hidden” couples of screws that prevent the process from going forward; this MT3705 is no different. Removing he “cover” plate will show the LCD panel hinges allowing the LCD panel to separate from the “chassis”.

With the motherboard taken out, I took the CMOS battery out and reinstalled it two hours later. Temporarily hooking up the LCD panel and keyboard, the system finally came back to live again.

I have been very patient with the Vista preinstalled; hoping some of the annoyance of the new O/S would soon be corrected with SP1. After nine months and this episode, I ordered a copy of Windows XP, imaged the Vista using Acronis True Image for later use; the next day I was back to familiar ground. I couldn’t be happier.

However, going back to XP was only possible after one of our readers wrote to me that Gateway MX3702 XP drivers would work on MT3705. I did encounter a slight problem with sound driver at the beginning. After SP2 installed and all the Windows updates, the driver was working at last. If yours came with Realtek wireless PCIe card, it is better to get the driver from Realtek directly once you have identified the model.

On the other hand, only Gateway version ATI Catalyst would work at 1280x800 resolution and not the latest from ATI. This was the main reason I did not switch to Windows XP on my first attempt earlier this year. The 4-in-1 card reader still wouldn't recognize 4GB SD card. This has to do with hardware rather than driver. Now, I can't wait for Windows XP SP3 release. 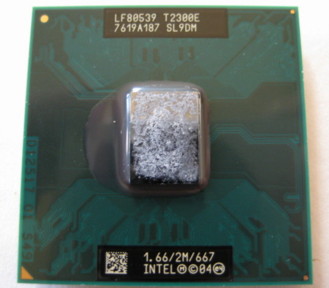 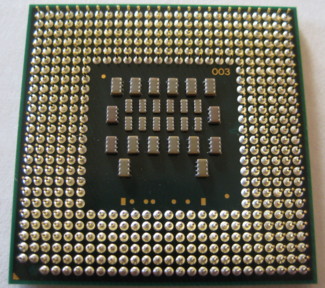 To refresh your memory, Gateway MT305 reviewed previously came with;

Or, I should have thought of it.

However, MX3702 and MT3705 (the one I am using) are using Realtek. Gateway is using at least two vendors in both wireless PCI and USB card readers. Media card reader = Texas Intrument or Realtek; Wireless PCI = Broadcom or Realtek. Realtek support sucks insofar I know.

It still does not work here.

Quote:
I wouldn't have if not the BIOS issue.

Comment from whytewolfe @ 2008/06/06
there are two settings in the bios that would help if you turned them on or up; first make sure your ram is running at the right speed, and second, change the hard drive 32bit bus on. that and powerstrip can oc the xpress 200m
Comment from Sidney @ 2008/06/07
Quote:
Those were part of BIOS settings done at the getgo; like all overclocking checklist.

Comment from whytewolfe @ 2008/06/07
just asking because the only difference between what you got and what i get for 3d03 is only different by 18 marks(i have an ml3109, cel m520, 1gb ram 667mhz); about the only other thing that could account for the difference is the omega 7.12 drivers

Comment from Sidney @ 2008/06/07
It doesn't matter much; the onboard ATI graphic is good for DVD movie and all sorts of office apps except for professional graphic, PC games. It was never built for highend apps for the money they ask.