In this group test we compare the performance of six high end water blocks from Koolance, Danger Den, D-Tek, Swiftech and EnzoTech on an overclocked Intel Quad Core Processor. Which one keeps the CPU running the coolest? Read on to find out. 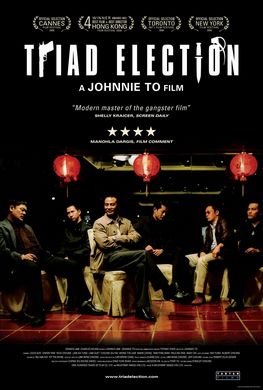 Not so long ago the water-cooling business was a design free-for-all in which any outfit might come along and retire the competition. As in the title of the Johnnie To film for which this review was named, the power struggle has become less concerned with killing the competition as it has remaining profitable. The H²0 landscape has seen some dramatic changes since the emergence of heat-pipe technology. Heat-pipe augmented air-coolers have narrowed what was once a wide performance gap between H20-cooling and air-cooling. Where there was once a myriad of CPU-cooler designs and multiple models from some H²0 manufacturers, there is now a movement towards design homogenization to lower production costs. For the Desktop End-user, water-blocks and their required accouterments are loosing their financial viability compared to top performing heat-pipe-fan (HPF) coolers.

The predominate force behind all these changes, is always the prcessor (and/or GPU) du jour or rather it's TDP (Thermal Design Performance) which affects supply and demand. Water-cooling became more popular with desktop CPUs based on Intel's Net-Burst architecture, with the pinnacle of H20 popularity coinciding with early Socket-T cores such as Prescott. Originally released on S-478, this Socket-T processor was infamous for excessive heat, which was a result of 30-stage pipelines, gate current leakage and immature SOI technology. The best explanation on this scenario come from Van Smith of VHJ:

Faithful readers of these pages no doubt have viewed Intel's "Prescott" Pentium 4 catastrophe as a slowly unfolding train wreck....so it should come as no surprise that by perversely extending the Northwood P4's pipeline by over 50%, the Santa Clara chipmaker has created perhaps the worst dud in the history of microprocessors...Prescott's heat output is so prodigious that it gates clock speed ramping to no higher than Northwood's without the use of exotic cooling solutions and more costly VRM and socket implementations. Not only is Prescott the hottest consumer class microprocessor by far, but its thermal density, the ratio of total heat output per area of chip space, is scalded dog astronomic....This leaves Intel with a CPU that is much more complicated than the chip it replaces, produces much more heat, doesn't ramp as well under the same conditions, and is slower to boot...observers have been dumbfounded by Intel's perplexing design decisions...What would lead Intel down Prescott's sorry trail? The answer is clearly that Prescott was a marketing driven product piloted straight over a cliff. This was allowed to occur because Andy Grove's system of pitting opposing camps against each other often leads to the loudest surviving -- not the fittest...

Immediately following Prescott, dual core processors were introduced. Early Socket-T dual cores including Smithfield and Presler came with a maximum 130W TDP. These models arrived on the cusp of heat-pipe technology as water-cooling was climbing towards a pinnacle in its popularity. Then came Core Duo sporting a 65W TDP and almost overnight there was a juxtaposition in the preference for H20 over air. Even with stock cooling C2D has introduced OC nirvana to the masses. Many Overclockers have begun shedding excess H20-cooling gear kilograms as dead weight replacing these kits with HPF coolers. This war waged on the H20 industry has forced manufacturers to find a relatively inexpensive yet effective water-block design to sway the "tide." Moreover, where there was once hope on behalf of H20-makers graphic processors would resuscitate the industry, even here die shrinks have cooled things down. The end result has water-cooling manufacturers eschewing exotic designs for a financially conservative solution. Enter the Extruded Pin... 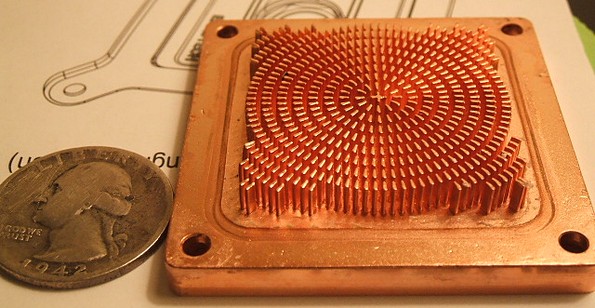 The base plate above belongs to a new product from EnzoTech dubbed the Sapphire SCW-1. EnzoTech uses center impingement further enhanced by a sophisticated flow system. Extruded pin designs in general begin with a solid block of copper measuring roughly 50.5mm x 50.5mm at 5mm ~ 7mm in thickness. Utilizing CAMCAD process, approximately 3mm of material is removed off the top leaving a series of pins of various shape, size and pattern depending on the maker. Today almost every water-block made for CPU are based upon some adaptation of the extruded pin template, and that includes most of the models tested here. 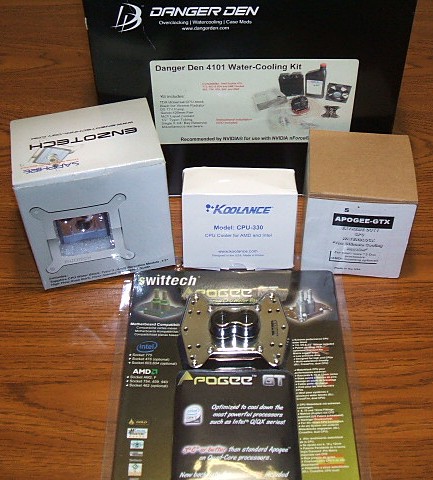 Choosing water blocks for this review was a difficult process. Criteria for CPU water-blocks first require they were 1/2" ID based with all that entails. They had to be readily available in the USA and Europe (our primary reader base), constructed from quality materials, and considered to be high-performance models. To this list I wanted to include at least one newcomer to the market with a fairly innovative design. Among the blocks tested here, several designs are represented;

Comment from geoffrey @ 2008/02/01
Love this article. I would expect less difference at such modest heat output, 4Ghz @ 1,5V CPU would definitely make the Fuzion even more worth its price.

Comment from Rutar @ 2008/02/01
Yes, why didn't he use more voltage and more OC?
Comment from Kougar @ 2008/02/02
Quote:
Not really needed? Would only be useful for showing performance scaling, which while I agree would be interesting to compare it is not as useful as showing results at 3Ghz. The vast majority of overclocks run Q6600's at 3Ghz, so this was the best scenario to test with.

I have a great deal of testing to try on my own setup, I don't see results nearly as good as those.

Throwing in the best air cooler (120 Extreme?) would be interesting to see included in that setup.
Comment from Rutar @ 2008/02/02
Quote:
A water overclocker doesn't aim at 3 GHz and he won't stop below 1.5V either.
Comment from jmke @ 2008/02/02
a water overclocker will go for silence and performance, at 3ghz it's an ideal mix of both!
Comment from Kougar @ 2008/02/02
What JMke said. Neither myself nor any other watercoolers I know run their systems beyond the best mix of cost/performance, or overclock/voltage. Most of us tend to overclock to find the limits, then settle on using the sweet spot for 24/7 use. For Q6600 users that often is 3GHz.