As two different platforms do not treat memory in the same way, let´s swap motherboards and user a new test system. In this second part of our DDR2 roundup we continue our stress test with a DFI 680i based board. Find out how different nVidia´s 680i chipset clocks your ram in the following review, and see if the latest memory kits can threaten our previous champions

When you look around the web a little in search of a memory review on the 680i platform, the chances are slim that you will find (m)any. Sure, in the early days of the 680i platform some comparisons were made between the 680i and the Intel platforms at that time, the 965 and 975 chipsets. Early comments were lyric : the 680i chipset was the "nec plus ultra" of memory clocking, offering ultimate control over your memory speeds (almost unlinked from the front side bus), and surpassing memory performance over the Intel counterparts considerably.

Since those early days though, interest for 680i chipsets has died down quite rapidly, and when P35 and X38 came out, things seemed to be over for nVidia and its 680i chipset. Of course it didn't help that, for most tasks, 680i was the slower brother to Intel's 965 and 975. Still, when you own or want a SLI setup, this is until today the way to go. Fortunately for nVidia, the 8800 series of graphics cards is still the fastest around, providing them with a nice little enthusiast niche market for the (ultra) high end, which continues to drive sales a little for the 680i chipset - at least until the 780i comes out, or until Intel provides SLI support for their own chipsets. Of course SLI support isn't up to Intel really : nVidia has great reasons not to provide them with support, or their 680i would be completely dead indeed. Last but not least, the most recent information we got points to a lack of support for Penryn cpu's on the 680i chipset. This does not bode well for nVidia : 680i will soon be obsolete, and we can only hope 780i is ready in time to fix these issues. But as 780i is a mere evolution over 680i, most of today's results will no doubt be valid for the new platform as well... 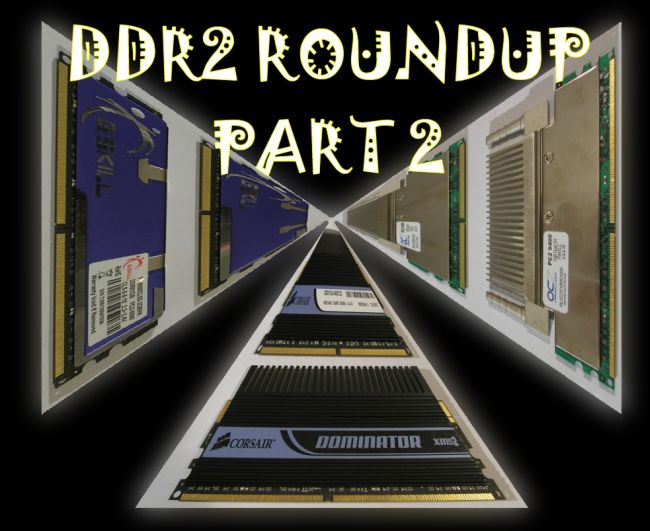 A much wiser man than myself once said that when you start testing memory on different motherboards, you are actually not testing the memory, but you're testing the boards. This is true for motherboards equipped with the same chipset, because every motherboard has a different type and programming of bios, but of course even more so for boards that have different chipsets, like the 680i vs the 965, or the P35/X38 for that matter. This is an interesting fact, and a fact it is indeed : in my many hours of testing memory I can now safely say that you can never, NEVER, compare memory performance on different boards. The result of this fact is that, when you've got memory performing well on one type of motherboard, there are no guarantees that it will be as good on another board. Of course, when you've got some expensive high rated memory that is performing admirably on P965, for example, the chances are good that it'll perform nicely on 680i as well, but when you're comparing several high end memory modules, like we'll be doing today, the chances that the same module will come out on top every time, are rather slim...

Time to introduce our test candidates of the day. For the 680i roundup, we decided to select the best kits of our previous roundup, together with some fresh arrivals of the last couple of months. The selected top performers are the following :

Better late than never I guess, but doing a roundup like this always takes more time than expected.
Comment from Oscar @ 2007/12/15
Excellent review, thorgal

! I especially like the "Value for Money" section at the end. It's what a lot of reviews at other websites are lacking.

I was wondering whether MadShrimps would consider including RAM from Patriot Memory for review in the future? I have heard great things about them from time to time.
Comment from maher @ 2007/12/16
excellent job but that memorys are out my range so I just can look and hope.............
Comment from thorgal @ 2007/12/16
Quote:
Stay tuned then, because we just might have a give-away coming up that might interest you