How can you differentiate yourself as video card manufacturer in a crowded market? Galaxy decided to add extra cooling and apply very high factory overclocked speeds to their 8600 GT based products which they call the 8600 GE. Coming close to speeds of the more expensive 8600 GTS we find out if this video card is worth your money if you are looking for a budget-minded VGA upgrade.

When we open the box, we can find a user manual, a molex to 6-pin power connector, a s-video cable, a s-video to audio converter, a cd with all necessary drivers and of course the card itself. 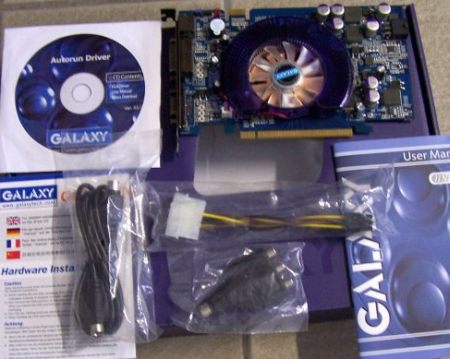 Let’s take a close look to the card. 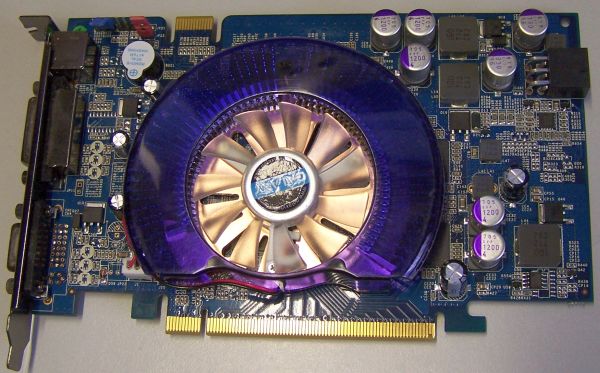 The card has a nice design Coolermaster cooler to keep the card from overheating.

Galaxy still offers users to directly attach a D-Sub VGA screen, where many other manufacturers feature two DVI connectors. Of course, there’s a tv out.

Between the cooler and the core, we find a silver cooling paste nicely covering the entire core. The heatsink of the cooler is copper. 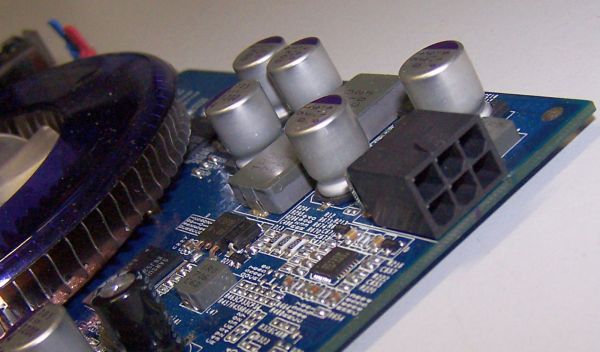 The Galaxy 8600GE features an extra 6-pin power connector, the engineers try to maximize the 8600GE’s capabilities when it comes to overclocking. The extra power connector is not standard on 8600GT cards, but is on the 8600GTS card. 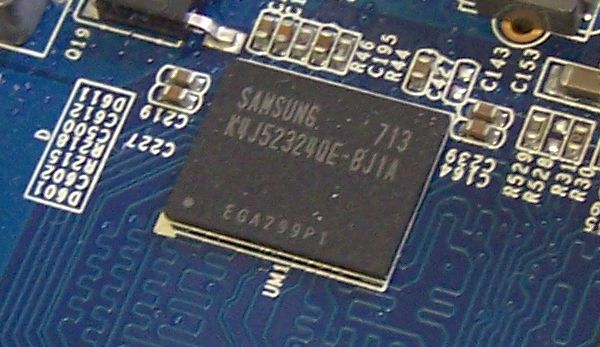 This is where the fun kicks in, look at those memory chips. 1ns is good enough for a 1GHz (!) memory clock, which has never been seen on a stock 8600GT.

Looking at the specs tells us that the maximum allowed frequency was obtained by Galaxy. The chips are working at full speed.

Although the standard voltage of the Samsung memory chips is rated at 1.9 or 2.0 volt, Galaxy chooses to give the memory extra juice, 2.05V. Maybe interesting for our volt-modders and extreme benchmarkers: the maximum rated voltage is 2.5v, more than enough to break the standard limits. 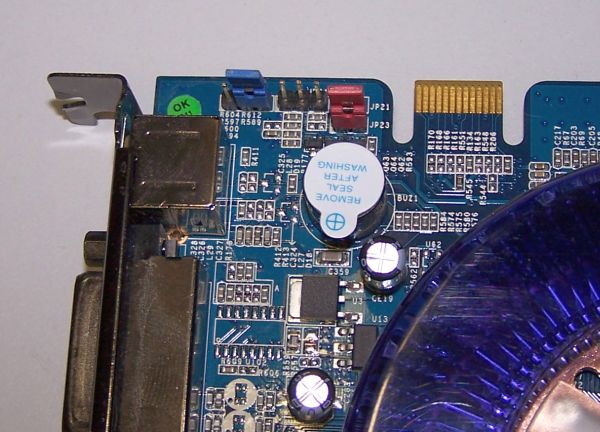 We notice two jumpers on the upper left corner of the card. The red one is for enabling/disabling a buzzer which goes off in case of overheating. The blue one is for a project which is still under NDA, but we can tell you it’s a feature which will be loved by overclockers.

Last but not least, the back of the card. 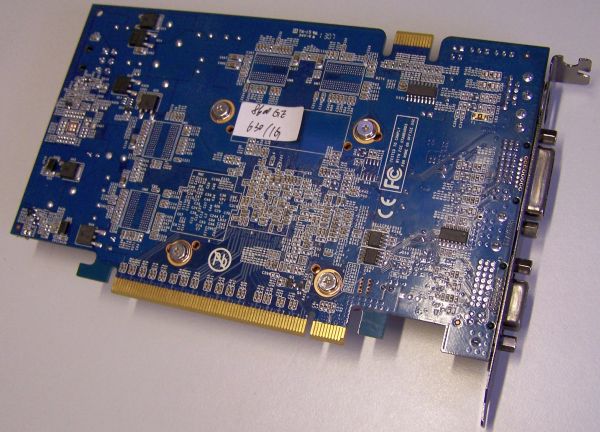 Comment from Sidney @ 2007/09/07
Not available in the U.S yet?
Why destroy a perfectly good running card; it would be like driving a new car at 50mph into a brick wall to see how much the bumper can withstand.

I guess the answer could be "because we can".
Comment from jmke @ 2007/09/07
I think Galaxy is mainly EU for now; if they can squeeze out maximum performance, and sell 8600 GTS performance card at 8600 GT price-tag, I don't see nothing wrong

Comment from MACMAC @ 2007/09/07
Is it possible that there is a typo in the Specifications chart?

The 8600GE and 8600GT are listed as having the same Memory Bandwidth and Texture Fill Rate, which logically can't be right.
Comment from jmke @ 2007/09/07
good catch, thank you for spotting the error, will have it fixed asap