We take an in-depth look at how the new ATI Radeon HD 2900 XT 512Mb stacks up to the lower priced NVIDIA Geforce 8800 GTS 320Mb; comparing overclocked performance and scaling as well as Crossfire tested with multiple games. Can the new HD 2900 XT outrun the current mid/high range GTS performance champ? Let´s find out.

We have been waiting for ATI (now run by AMD) answer to NVIDIA G80 series graphics cards, finally the R600 has arrived and ready for testing. We got our hands on a couple of Radeon HD 2900 XT 512Mb GDDR3 cards from different manufacturers to see how they stack up against our current price/performance favorite: the NVIDIA Geforce 8800 GTS 320Mb.

Why aren’t we comparing the new ATI with NVIDIA’s high end GTX or Ultra card? It seems ATI is unable to get a high enough yield with higher clocked R600 cards to increase performance, so they settled for lower GPU clock speeds and introduced the card at a not so extremely high price of ~$399. If you search around a bit you can even find models priced as low as €339 which is quite low for a brand new higher end VGA card.

So let’s get started by introducing the cards we were offered for testing:

HIS (Hightech Information System Limited) is an internationally acclaimed graphics cards company founded back in 1987. Their mission to produce the highest quality graphic cards in the industry took a dramatic turn with the release of the Excalibur in 2002, followed by the release of IceQ I & II series in 2003. Since then, this product has been the limelight in the market for its outstanding performance and features over the other rivals. While HIS is known for their IceQ cooling solution which brings better performance at lower noise levels, we have yet to see a R600 edition appear; the HIS Radeon HD 2900 XT 512Mb GDDR3 we are testing today uses the default ATI heatsink.

Jetway (provided by Dollarshops) might sound unfamiliar for some people, though ranked as fifth most valuable Taiwanees company it is in fact one of the bigger players out there. Their brand exists for over 20 years now and has not only been focusing on VGA cards and mainboards, they are also knowledge in building barebone PCs, LCD's, pen drives, ... Quality and performance on a Jetway to the future? Well maybe... for now just let us have a look at the Jetway Radeon HD 2900 XT 512Mb GDDR3 video card, also equipped with the ATI stock heatsink: 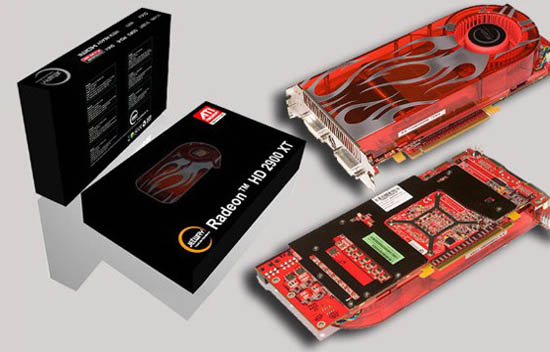 Comment from geoffrey @ 2007/07/14
Quote:
Right on, minor bug fixes and small performance increases here and there, nothing special in the end, I expected more from ATI: http://www.xtremesystems.org/forums/...d.php?t=149354
Comment from jmke @ 2007/07/15
well, the driver releases are MONTHLY, I'm sure they have months were they focus on certain features; be it performance, bugfixes or other things, never all at the same time
Comment from Unknown Soldier @ 2007/07/17
Thank you for this comparison

performance on par with GTX!
Comment from Trixx @ 2007/08/16
Im thinking about buying one of these systems but i dunno wich one. on paper there pretty similar. [i pinked up the stuff thats different for u guys]

i read the review on ATI vs NVIDIA so im swayed more to ATI although the NVIDIA does have the oc memory. There both the same price too, your opinions please
Comment from jmke @ 2007/08/16
Asus P35 + 8800 GTS and get the most affordable RAM, RAM OC doesn't do much for system performance
Comment from blind_ripper @ 2007/08/17
yeah john 2900XT driver's are getting beter .
il give u update on game benches with single and CF to add to the review ones i get my cards back