Antec improves the original P180, gives it a dark finish and allows you to install the latest and greatest hardware to keep it cool and quiet inside. Does the P182 near perfection? Let´s find out.

We continue our search for the best cases out there and take a closer look at one of Antec's latest high end enclosures. Antec has been improving their case design, layout and functionality to cater to the increasingly critical demands of the hardware enthusiast.

Before we can start with the P182 review we must mention its predecessor, which we didn't get a chance to look at in the past, but its history is vital to understanding the existence of the P182. The Performance One P180 case was introduced Q2 of 2005, it was the result of a collaborative effort between Antec and SilentPCReview's owner Mike Chin. The P180 was designed to address two goals. Silent and Effective Cooling. They accomplished this by building separate chambers for better thermal management with less airflow. The PSU and HDD area were separated from the mainboard section. The airflow path was designed to work from front to back, using strategically placed 120mm fans. The panels of the case are hybrid, part plastic part metal to help dampening. Inside decoupling ideas for HDD are implemented to minimize vibration transfer. The front bezel design must leave enough transparency for air to enter the case unrestricted, yet block direct escape paths for noise.

The resulting enclosure christened P180, came very close to reaching both noise blocking and excellent cooling goals successfully, but as Mike Chin aptly stated: "there is no single perfect case". The P180 was an impressive product which was accepted by many as a first choice for building a quiet computer with high end components inside.

Today we have the successor in for review, first introduced at Cebit earlier this year; the Performance One P182 is a tweaked P180 enclosure, addressing the concerns and remarks made by end users.

The Box and What's Inside

The while Antec lists the P182 as a mid-size tower case, it lingers closer to a maxi tower; it comes in a large cardboard box with enough padding to remove risk of damage during transport. 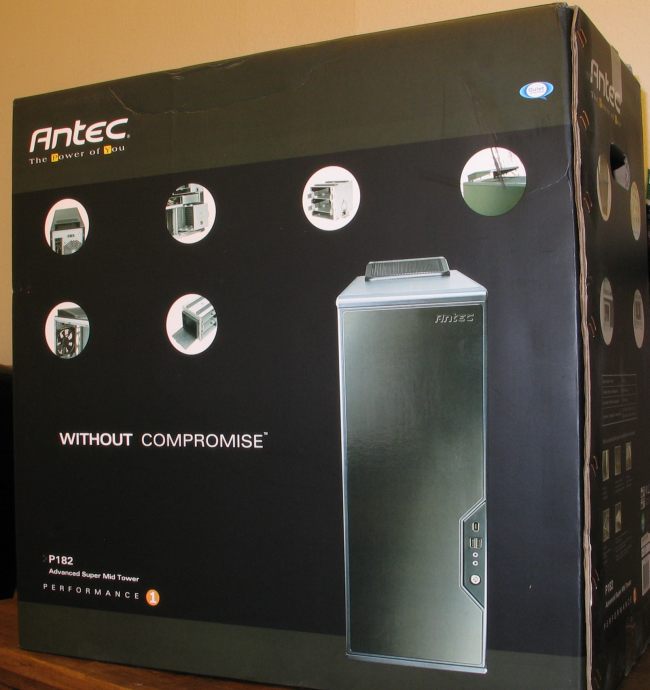 It will take a sharp eye to spot the very small front cover damage, at the bottom a small piece of plastic cover snapped of during transport, the small bar is easy to super glue back into place without problem. 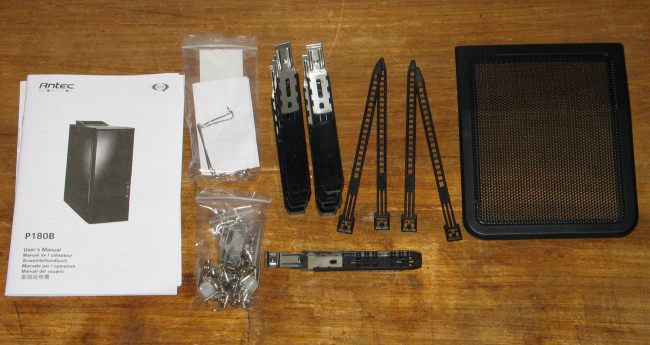 Don't let the manual fool you, the case is the P182, you get drive rails for CDROM and Floppy, as well as cable binders, fan mounting clips (more on that later) and a cool top spoiler to be placed… you guessed it, at the top of the case.

The P182 is a tweaked P180, official specifications don't change much: 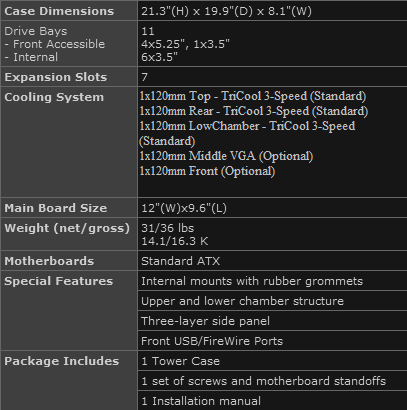 Size, weight, drive bays all remain unchanged, the cooling configuration does alter a bit, no more VGA cooling duct, all fans are TriCool 3-speed; and optional front and middle of case (height of VGA card) mounting position for 120mm fan.

Let's take a look at the outside to see if we can spot differences, and point out the good and bad ->