Jetway has gone through the trouble to deviate from the ATI reference design and come up with a X1950 Pro video card packed with 512Mb GDDR4 memory chips. We compare its performance to the vanilla X1950 Pro with GDDR3 to see if there are any improvements performance wise.

The Jetway company name might not ring a bell with many people, but it’s possible you have seen or even owned one of their products. Jetway is a large manufacturers responsible for providing other vendors with their hardware, this include NVIDIA and ATI video cards. Not so long ago Jetway has been more aggressively pushing their own product lines, and today we have their latest ATI card in for test. 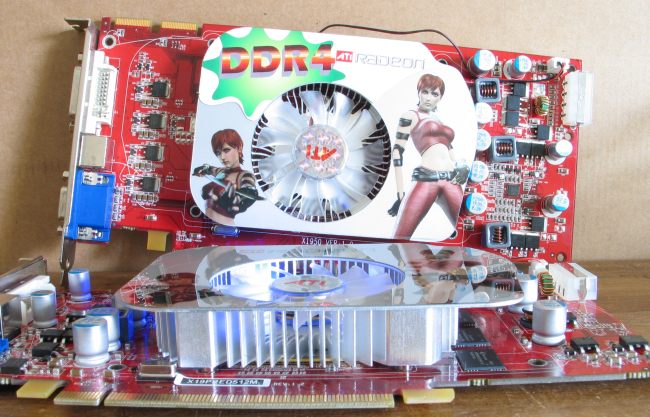 GDDR4 in the box

Where as the standard X1950 Pro from Jetway comes with 512Mb GDDR3 memory clocked at 600 (1200Mhz DDR), the GDDR4 version has higher clocks speeds, Rivatuner displays the memory running at 800Mhz ( 1600Mhz DDR) while first specifications seen at Cebit had it clocked higher at 2200Mhz.