Silverstone introduced a compact external water cooling kit, named the Tundra TD01 a while ago, we stress test this silent cooling solution with a hot running P4 as well as a more eco-friendly Celeron CPU. Does it stand a chance against a high end air cooling setup? We´ll find out.

As the external unit is an important part, we'll take a more detailed look, describing the internal parts and working.

First we see the built in reservoir. It has one tube incoming, and two outgoing that a few centimeters later are combined trough an inversed Y-split. Two pumps are taking care of the flow. 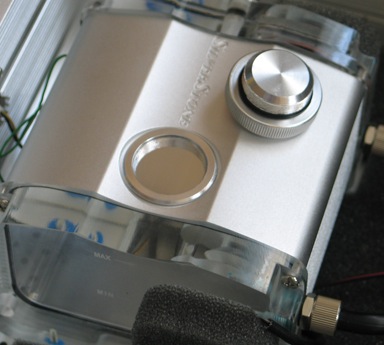 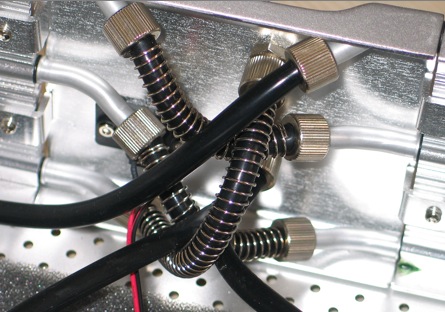 On the rear side we have the in en outlet from the unit, and a power connection, needed to power the two pumps and the led from the thermometer.

Internally we find a molex connector, going from the power plug on the rear side to a little PCB. There the power is divided to the two pumps and de the thermometer, using the classic fan headers. Why Silverstone decided to use a molex connector instead of a fixed connection is not really clear, as there's no need for extra power inside the unit. 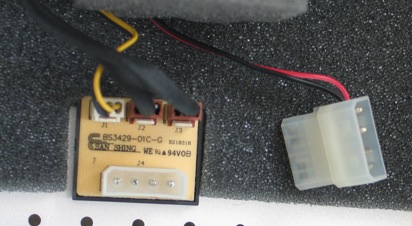 In the box we found following items: