In this article we take an in-depth look at the advanced cooling options available for the Geforce 8800 series. Both Danger Den and Swiftech have water blocks designed to fit the latest NVIDIA high end cards, so we take them for a test ride, comparing performance at different pump speeds, SLI compatibility and see how they do compared to high end air cooling solutions. Read on to find out if water cooling a G80 based VGA card is worth it.

Power usage, heat output, ... it's all been discussed multiple times, but in the end we see that if higher performance is available people will buy it no matter what. The NVIDIA Geforce 8800 GTS VGA cards for example, provide high frame rates at a decent price, though at 110W not exactly the most economic buy available compared to other mid-high-end vga cards. Keeping in mind how heat output relates to power usage we know that without sufficient cooling our brand new VGA card might end up dead, leaving behind a trail of burned electronics and you self with a very bad feeling inside your stomach. Danger Den and Swiftech certainly know how to handle excessive heat; they both have been in the H²O cooling business for many years now providing high end water blocks for VGA and CPU. With one Geforce 8800 GTS in each hand we like to take a look at what they had to offer us today.

Danger Den is one of the pioneers when it comes down to water-cooling your PC. With the a-MAZE-ing (Maze 1) water block they began their road to success, later on followed by Maze 2, 3 and 4 CPU blocks. With the Maze 4 Danger Den also had their first VGA water block available, though from there on DD's water blocks evolved from small copper units into huge full copper blocks. For the 8800 GTS series Danger Den provided us their NV-88GTS-PC: 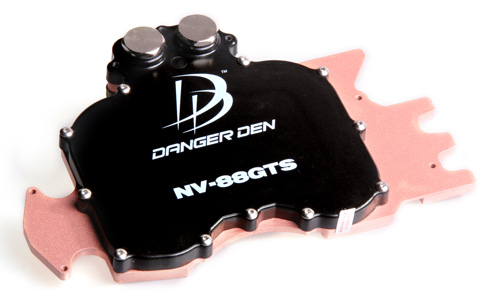 Once known to maintain high-end UNIX imaging systems, Swiftech quickly evolves to a cooling company around the year 2000. At this time Swiftech already had been gathering some knowledge considering high-end air-cooling by using thermo-electric coolers based on peltier/TEC, though the real break through came when AMD launched their Athlon series processors mid 2000. People were surprised with the amount of heat dissipated by this CPU and Swiftech's legendary MCX370 heatsink had all the potential to be the best air cooled heatsink available those days. From there on we've seen their product range increasing year after year becoming one of the top pc cooling companies out there, for the Geforce 8800 GTS we’re glad to be able to test their MCW-60 VGA water block: 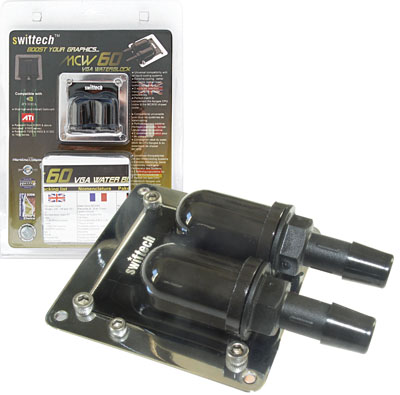 Originally, the MCW-60 was not designed to fit NVIDIA's newest generation VGA card, though the removable installation bracket brings tons of compatibility. A mounting adapter kit makes this VGA block re-usable again even with those brand new G80 GPU's, and in combination with the MC8800 SMC cooling Kit Swiftech has just tho thing you need for keeping your 8800 GTS running cool. 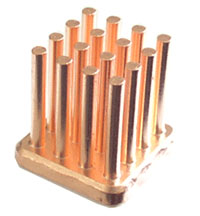 On the following pages we're having a better look at each candidate, read on ->
Comment from Kougar @ 2007/06/06
Great review! Very interesting to see Swiftech's block take the win there, I am surprised. Did overclocking improve beyond 600Mhz with either block though??
Comment from geoffrey @ 2007/06/07
Overclocking does indeed improve, DanderDen's block will give you about the same overclocking headroom as Thermalright's HR-03 Plus, as they are temps wise very close to eachother. http://www.madshrimps.be/?action=get...&articID=5 57

Swiftech's block will go even further, though due to the unusual clocking of the G80 it still might be hard to get it stable at the next available gpu clock (675MHz).
Comment from jmke @ 2007/06/07
Quote:
they are close together at STOCK G80 speeds; but once you start overclocking, HR-03 PLus will heat up more & faster. Watercooling will take the lead quickly and with larger margins, also, it will allow you to use a higher VGPU/VMEM as it's better cooled, and can remove more watts