HIS card up close 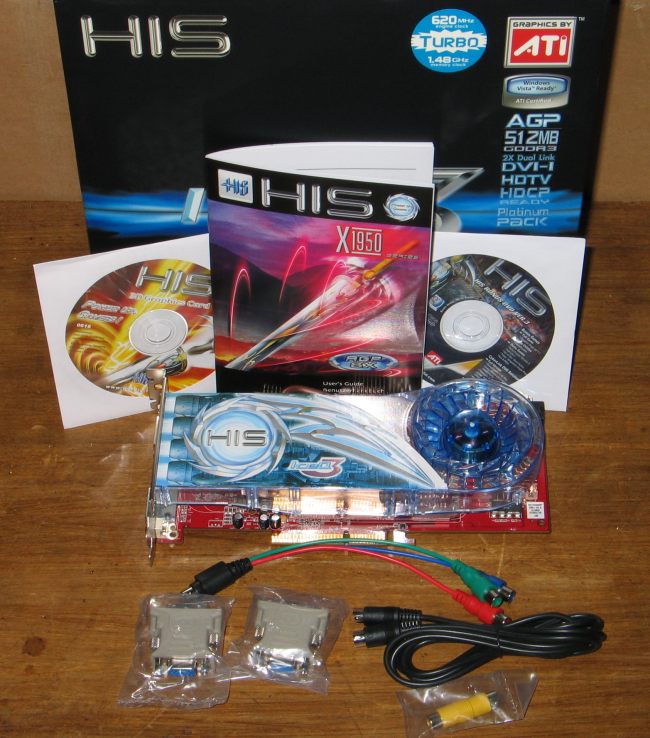 Quite an impressive package but it's lacking a vital component, older AGP systems rarely have a brand new power supply with all the latest connectors, since the HIS X1950 Pro requires a 6-Pin power pin, if you don't have a power supply with this connector, or a converter nearby, you can't make this card work. I hope HIS will include a 4-pin to 6-pin power converter in their box in the future as this can spare quite a bit of hassle for most end users.

The AGP version is very similar to the PCI Express edition, with of course the obvious difference in connection bridges, there are small differences with the location of components like the 6-Pin power adapter and fan header; the AGP version lacks the cross fire connectors visible on the PCIe one. 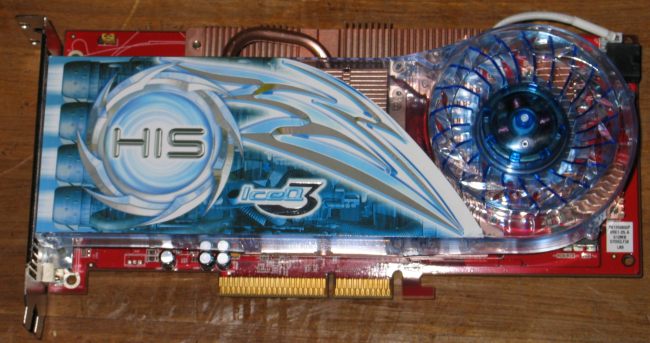 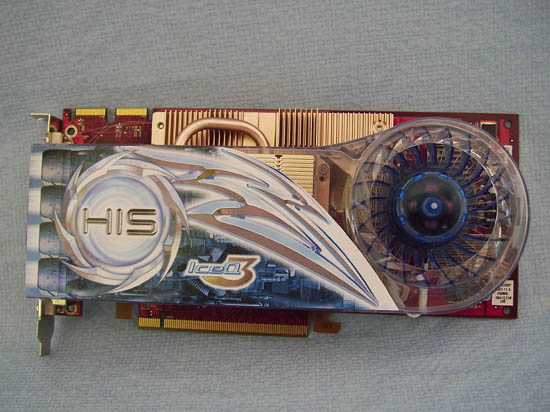 Cooling wise both cards use the same heatsink, but the AGP version has a double slot metal bracket, compared to seperate one of the PCI Express.

You get two DVI connectors on this AGP card with a (HD)TV-out in the middle: 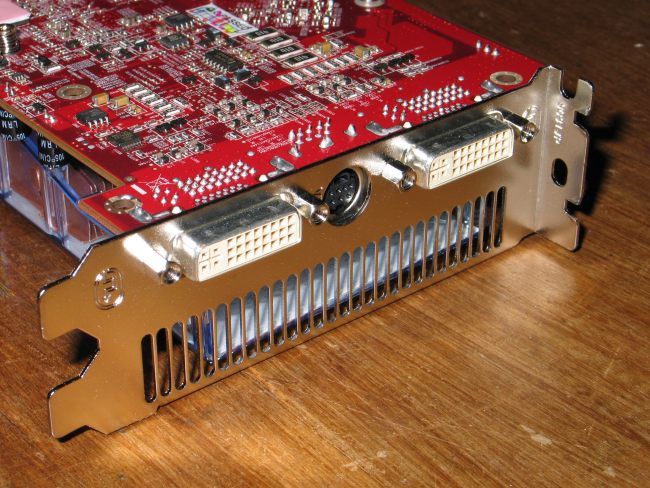 The GPU and memory is cooled by a copper/heat pipe heatsink, a fan near the end of the video card blows fresh air over the fins of the heatsink towards the rear and out of the case. The 6-pin connector is easily accessible near the top of the card: 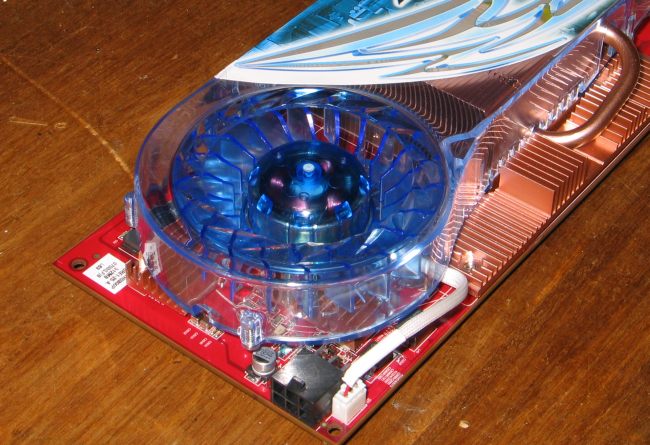