Looking for the ultimate aircooling ? Want to push more then 1.85v through that Athlon XP core and still have headroom for overclocking? Or looking for a very silent solution to keep it all cool and safe?
Look no further, we test ThermalRight?s SLK900U and compare it to its older brother the SLK800. And for reference we also include the popular Alpha PAL8045 and the Swiftech 462-A!

In this article, we'll be putting some older fellahs up against two new kids on the block (rest assured, in contradiction to the boysband - these are quality items).
We will focus on 2 aspects of high quality aircooling, one being high performance and the other creating a very silent PC without sacrificing in CPU speed or stability.

The Thermalrights were kindly lent to us by Colorcase.be , while the older ones came from Comtechnology.net. Thanks go out to these 2 sponsors, without them this article wouldn't have been possible!

First up are our contestants - from left to right: Thermalright SLK800, Swiftech MC462-A, Thermalright SLK900U and finally the Alpha PAL8045. As many of you will remember, the MC462-A and PAL8045 were the top-notch heatsinks for the AMD processors for quite a long period. Right up to the release of the SLK800, which was cheaper and better performing then both the Alpha and Swiftech models. In the meanwhile, Thermalright released the SLK900. This one was based on the same remarkable design of the SLK800, but had some adjustments - no more then pure logic. Only one question remains: does it outperform its successor? 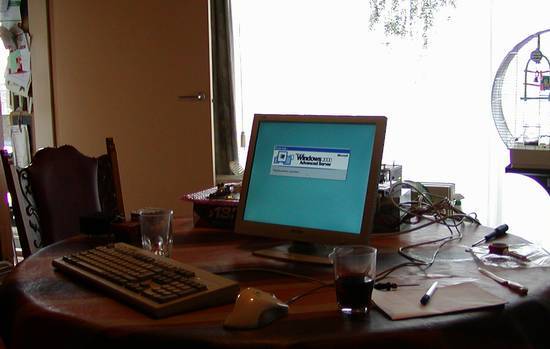 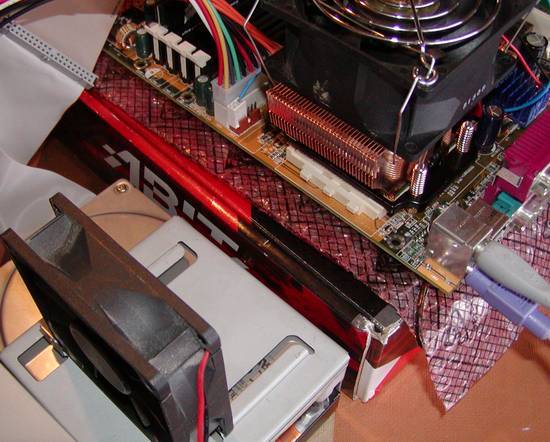 Our two different testing methods are clearly visible here. Temperatures by "normal" use of the heatsinks were achieved with a high performance Delta 80mm monster, the kind that makes you go deaf really really fast. Then there's a more silent cooling solution - we reconstructed the use of a casefan by placing a low noise YS-tech 80mm fan at approx. 12cm from the heatsink, and disconnecting the Delta, ah the beauty of silence!