OCZ has been in the review spotlight for their excellent memory modules and high end power supply units, today we get a chance to test their latest product which reintroduces them into the graphics card area with a product based on the popular NVIDIA G80 Core. Our expectations are high, let´s find out if it can deliver.

OCZ Technology famous for producing some of the finest quality memory and PC power supply's on the market has again delved into another area of the PC-Enthusiast market, vga cards. Back in November 2001 HardwareOne titled a review of OCZ's Titan-3 Geforce-3 "Top of the Pack." In fact the Titan-3 was one of the best graphic's cards on the market. Here's a photo from the HardwareOne review of the Titan-3, sporting after-market hardware which was considered true cutting edge for the time. 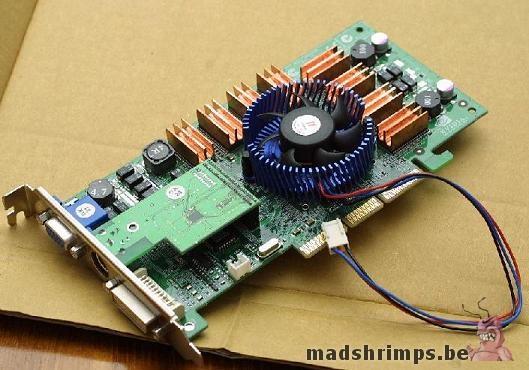 Since the successful release of NVIDIA's G80 board back in 2006 we've seen multiple new manufacturers joining NVIDIA as official partners, and it’s surprising to see OCZ jumping back into a market segment that has so much competitors who all want their piece of cake. Today were taking a look at their newest offering, the OCZ Geforce 8800 GTX: 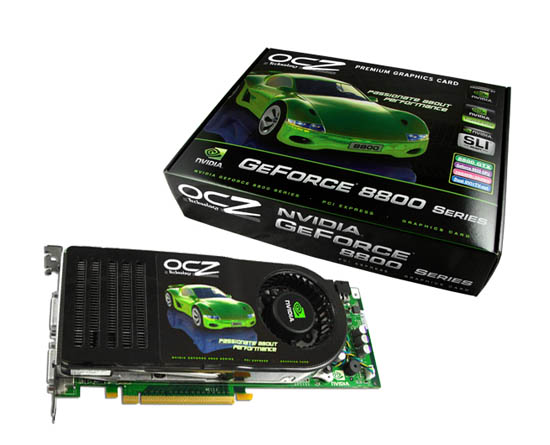 NVIDIA has been well praised for their G80 boards. It offers lot's of performance for a decent prize, as there is no other competitor out there that is capable of being any threat to the Geforce 8800GTX. Before we zoom-in on the 8800GTX's performance, let's first have a few macro-zoom-shots from the board itself ->