We have been gaming away at high resolutions and quality settings to find you the best deal for the newly release Geforce 8800 GTS 320Mb card. We compare models from known manufacturers Sparkle, Gainward, XFX and PNY as well as two new comers Twintech and Zotac. Which one offers the most bang for the buck? Read on to find out.

In our previous Geforce 8800 GTS 320 vs 640Mb test we found that the 8800GTS 320MB is well worth its price and comes recommended for gamers who have ~€300 to spare. Different manufacturers have released their G80 320Mb based cards since the launch and we’ll be taken a closer look at six of those:

Sparkle started out almost 25 years ago. They claim to be very motivated, let's hope they're right on that one, their GTS certainly looks promising. 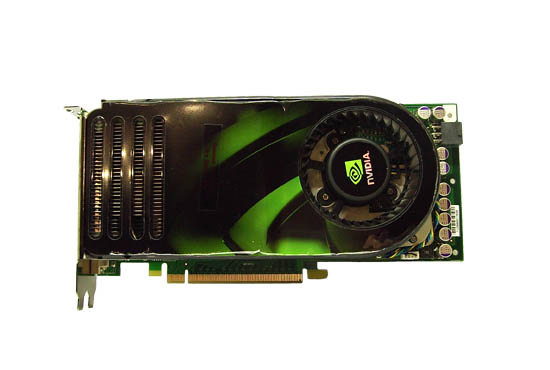 XFX is a global presence in the world of electronic gaming. With its focus on taking gaming to the extreme, XFX has developed an exciting array of video cards and accessories that are designed to maximize the entire entertainment experience. A division of PINE Technologies, XFX operates its own manufacturing facility and maintains an R&D team that features some of the industry's most renowned talents. Their card comes with the highest core clocks: 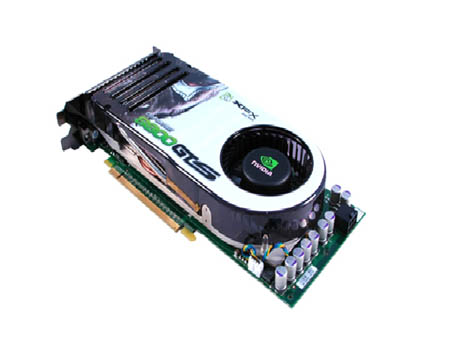 TwinTech, established since 1999 in France, has been crowned as official NVIDIA distributor since 2006. With the release of NVIDIA's G80 late 2006, it is an excellent opportunity for TwinTech to make their name in the VGA market. TwinTech3D Technology is dedicated in the manufacturing and distribution of quality computer components. Strong competition demands them to combine all the advantage of technology vision, technology know-how, and the cost competitiveness of production. We had a look at their 8800GTS XT edition which is clocked higher than NVIDIA’s reference: 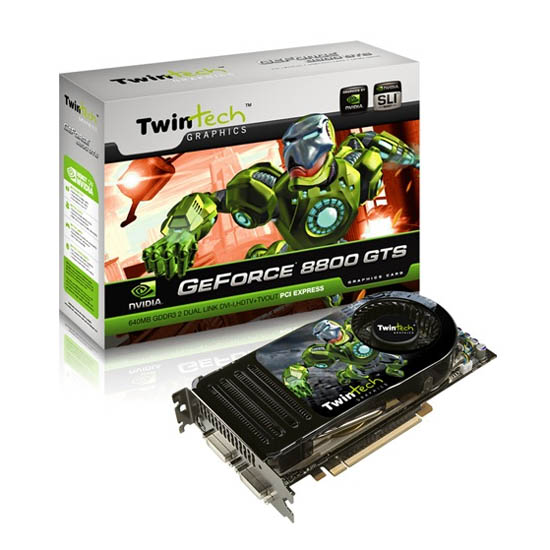 Established in 1985, PNY Technologies, Inc. is a leading manufacturer and supplier of computer graphics accelerator cards for consumers and professional graphics boards for professionals, memory upgrade modules, Flash Media and Flash peripherals. PNY has enjoyed continued growth and success since its inception, expanding its product and service offerings into new channels, and has distinguished itself through a unique ability to deliver superior products and value-added services to all of its customers. 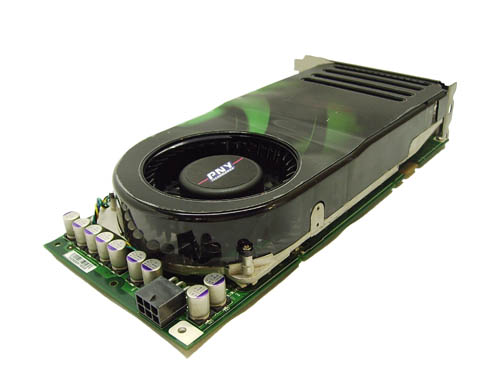 Gainward is a world leading producer of High-quality, High-End 3D accelerators for the Personal Computer market. Gainwards offers a full product line of value adding products targeting gaming enthusiasts as well as entry-level consumers. Since 2000 Gainward has become an official NVIDIA launch partner and have well made their name in since their establishment back on the 80's. We received one of their top products, or as they call it, a 'Golden Sample'. 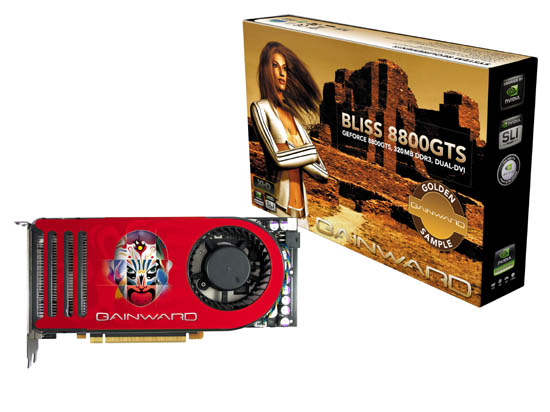 Zotac is NVIDIA's newest launch partner, so new that at this moment their website is still under construction. As they might have limited resources at this moment, it doesn’t not mean that Zotac can't come up with a decent products. At least we hope for the best, here is what they had to offer: 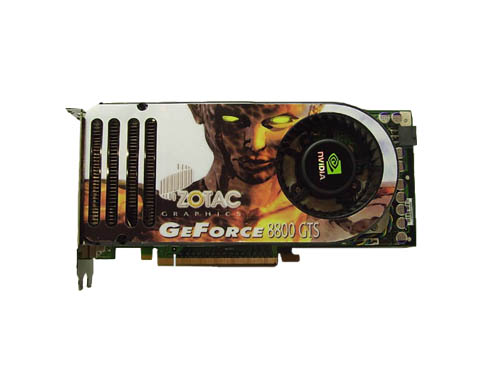 Even with all those manufacturers sharing the same GPU and amount of memory, doesn't necessarily mean that there aren't differences regarding the performance they have to offer, or what is actually the best buy for your money. Therefore we've added a whole line-up of where the cards seem to match, followed by summing up the actually differences we noticed during our review. But first we're having a closer look at all our competitors ->
Comment from Sidney @ 2007/03/09
Too bad that no OCing tool for Vista yet ..... hopefully in a few months.
Comment from MacGyver @ 2007/03/12
What are the warranty's of these cards? Could be the deciding factor on which to get.