Using a TEC/Peltier for CPU cooling is nothing new, water cooling lovers have been doing it for years, the MACS Triumph is a TEC powered unit for the air cooling folks, it performs best at high CPU wattage, something overclockers tend to unleash in current and older processors. Let´s find out if the Triumph can keep successfully keep your CPU and its own TEC cool. 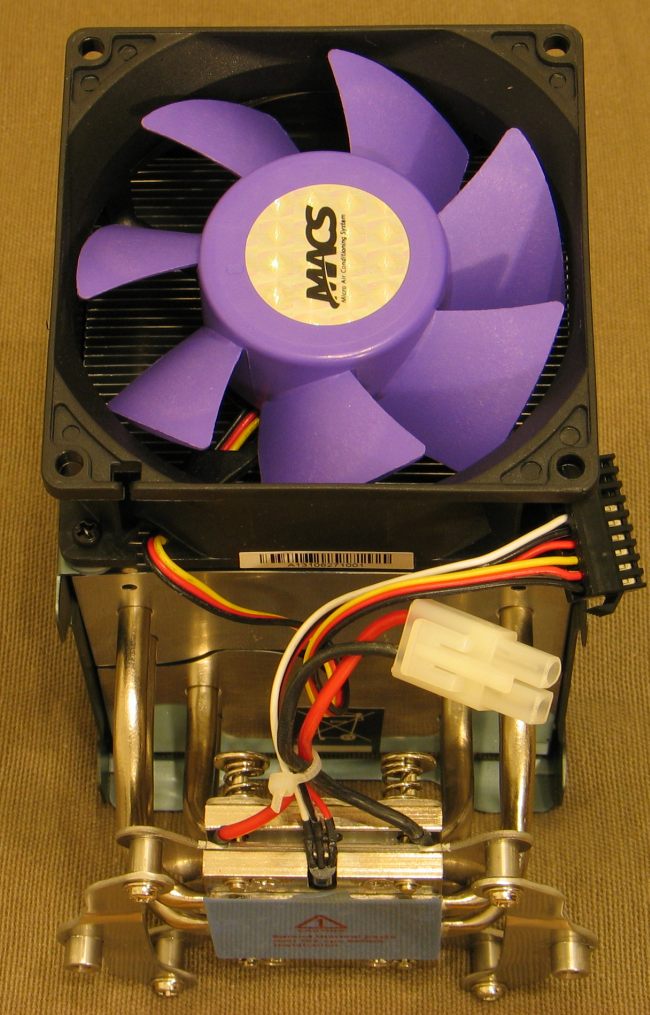 The fan’s power cables goes straight into the custom connector which is also used for temp monitoring; the TEC is powered by a separate power cable. 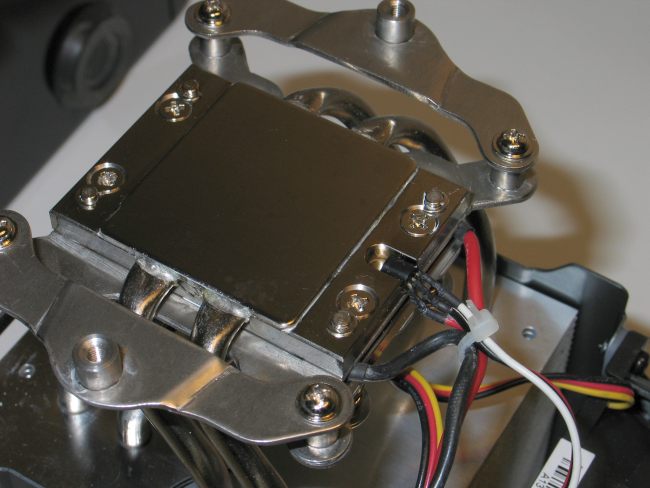 The base of the Triumph very smooth, I had to look very hard for traces of machine lapping. The mounting brackets you see installed are those for the K8 platform, they can be swapped out for AM2 ones, or orientated differently to make sure the fan is blowing towards to rear of the PC case. 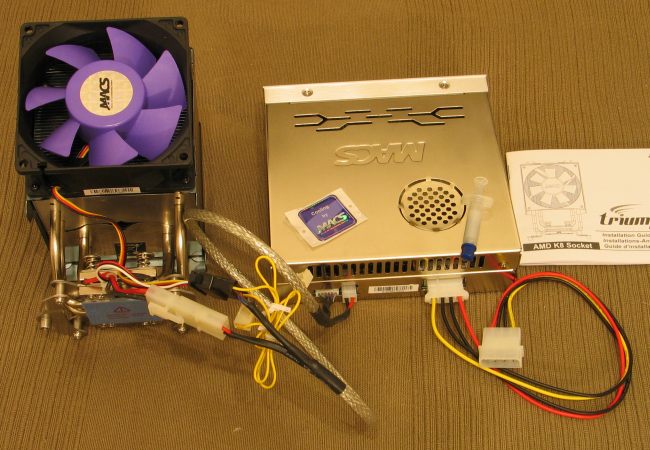 Hooking up the different cables is child’s play, the cables are long enough to allow you to fit the 5.25” bay where you have room in your case. The only setup I might see having problems is in one of those cases where the system is installed up-side down. If you installed the bay at far end, the cables might be just a bit too short.

Worthy of note is that the sample I receive did not include mounting screws for the control unit, not everybody has some spare screws lying around. I have been informed though that MACS will be including them in future product shipments.

The K8 back plate: 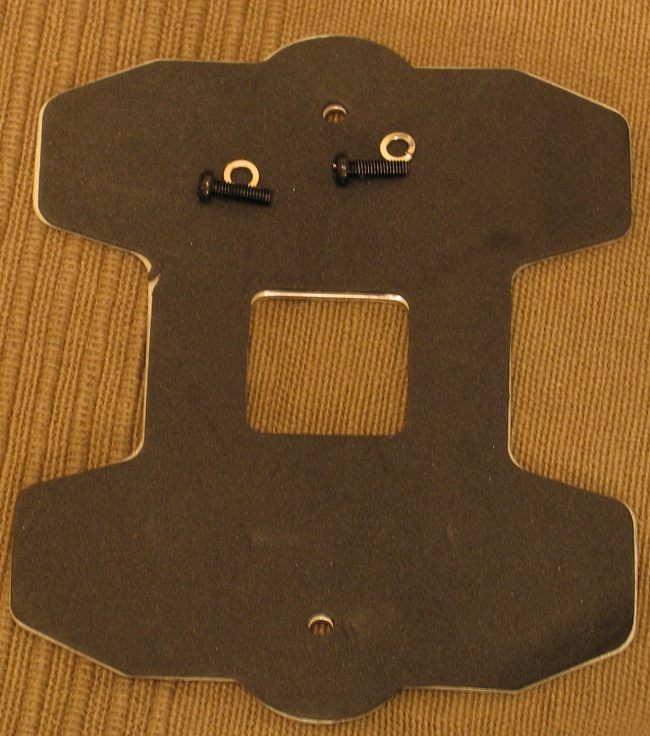 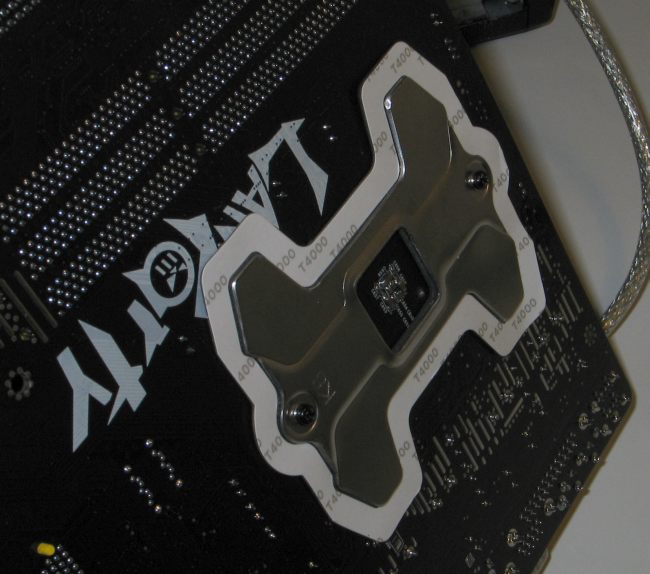 So you end up with the heatsink properly installed like so: 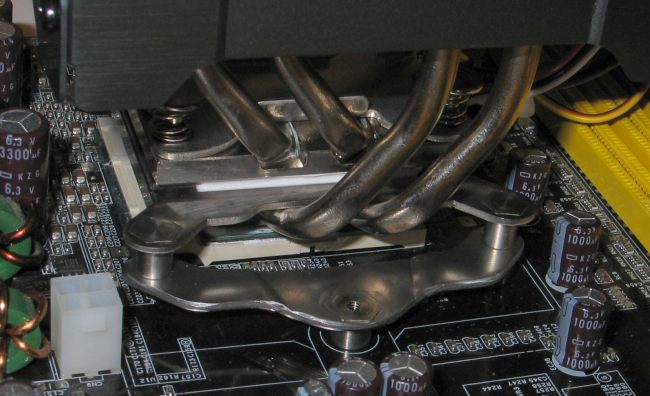 The heatsink is rather big, but on the DFI board didn’t cause any compatibility issues: 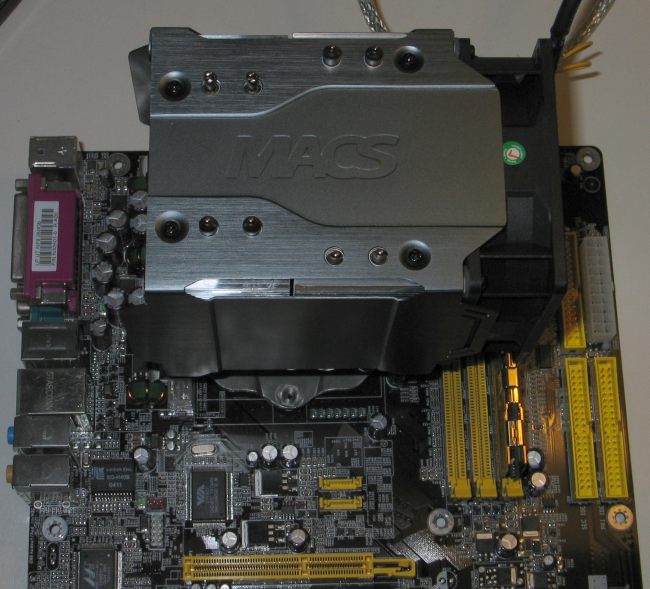 After reinstalling the motherboard inside the case, you can optionally install the two weight reduction wires, they help remove the stress on the motherboard as the heatsink does weigh close to 1kg. 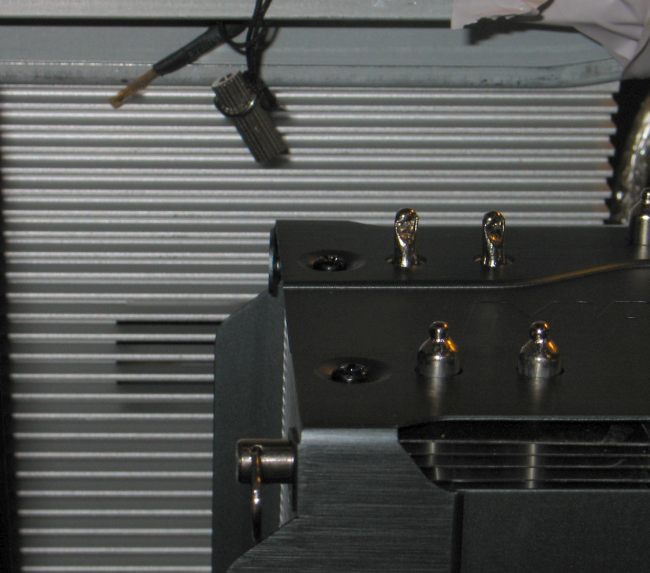 After a successful boot the LCD display on the control unit comes to life and it displays the following information:

Total: time the cooler has been running
Timer: run time since last boot

31°C: temperature readout of the diode on the heatsink.

The left button allows you to change the LCD color, the right button switching values between °C and °F. When overheating the LCD display will flash red, I didn’t experience this during testing, as I failed to overheat the system.

Which brings us to… my test setup ->