Nemesis Elite: "An enemy that cannot be beaten"
This slogan is found at NZXT?s site describing the Nemesis Elite and while it does have its semantic incongruity, the Elite has potential in aluminum construction, a menacing front panel and full monitoring LED panel with alarms. 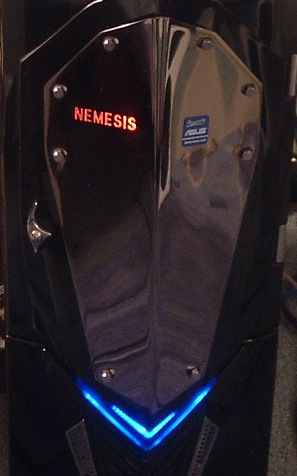 NZXT is a relative newcomer to PC-Manufacturing, they were founded just two years ago in 2004. While the company may be new, their designs have a distinctive almost familiar feel. As stated in the intro Madshrimps reviewed NZXT's Lexa case which epitomizes "form meeting function." Today we explore the Nemesis Elite aluminum mid-tower and this is by far the most visually involved cases I've ever worked with. Originally I was attracted to the LEXA case yet my Editor snatched that up, so I agreed to test the Nemesis. Honestly I didn't like the "shield" effect which I just didn't see as anything more then a complicated way of blocking front air intake. At NZXT's site the Elite is offered in two colors, block and silver, although there are multiple colors shown on the Nemesis box (thumbnail) which are used to ship both models. 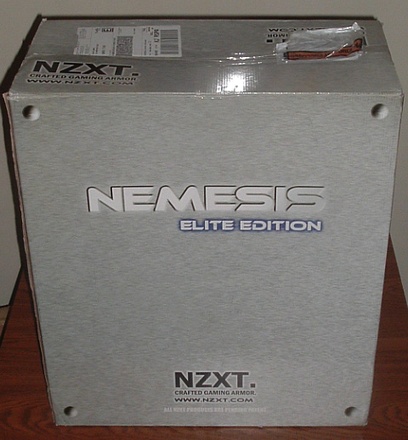 NZXT packages their cases well with sturdy foam braces. The box the case arrived in wasn't extra heavy or light; however, upon removing the case despite its visual complexity, it's the lightest case I've ever worked with. 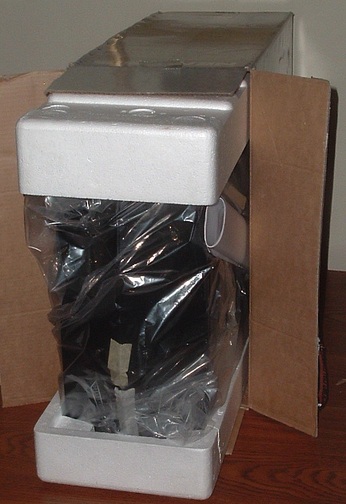 The case shipped was finished in a high gloss black, an attractive scheme given the front panel design which most definitely pushes the envelope on radical design. The windowed side-panel includes a 120mm fan, one of three which cool the case. In the photo below the LED monitoring bay is neatly tucked away. 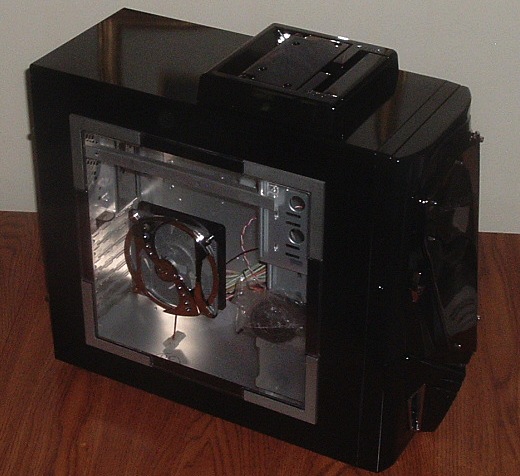 From the opposite angle this case definitely looks to be unassuming, although this photo exemplifies how the silver "shield" reflects whatever it's facing. The Nemesis Elite is a photogenic and i would definitely recommend a black finish. 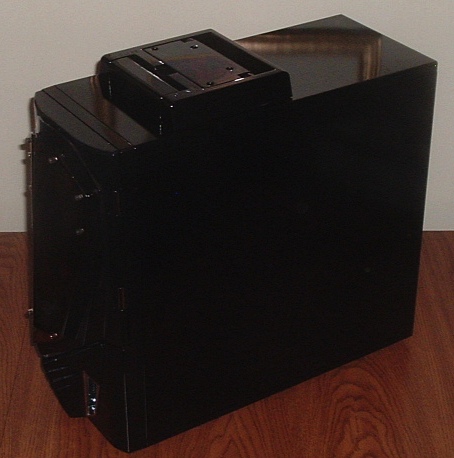 The door features a magnetic locking device which is very secure, there's redundant power switches one on the outside of the door, the other inside with a re-set switch. I would have liked to see the reset switch integrated into the external power switch as well. The magnetic latch on the front panel is most impressive, I was able to lift the case allowing the front door to face down and the magnetic lock held firm! Given the amount of plastic in the door design it probably weighs as much as the entire aluminum frame. To install optical drives the front panel must be removed which only involves a pair of pliers and three plastic spreaders. While most cases allow the drive to slide in and lock NZXT's method conceals the sliders (or rails) giving the case a sleek appearance. 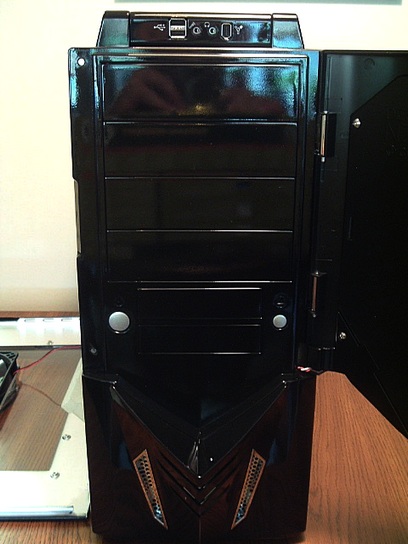 The windowed side panel is easily opened by removing two hand fasteners. Always a plus in an Enthusiast case where constant access to the hardware is required. In the photos above and below you can see the power switch (larger) and reset switch behind the door. At the bottom in the protruding V-Bay air vents are noticeable. At the bottom of the door the Nemesis eye is located, you can choose from 7-colors. You may also notice I've flipped forward the front USB etc. outlet "bar." 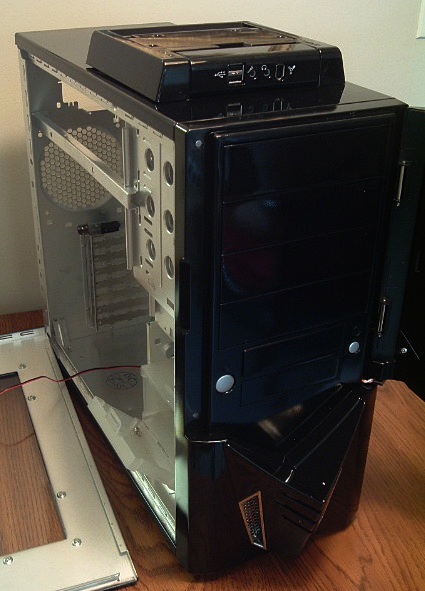 Looking further into the case....