It?s a passively cooled heatsink for high end graphics cards made by a group of women with aerospace engineering knowledge. They?ve named their first creation, the Condor, we find out if it prevents our VGA card?s temperatures from soaring too high.

If I told you that you can buy a heatsink for your high end VGA card which doesn?t make any noise and doesn?t overheat the core, would you believe me? That?s exactly the product that Katherine sends over; she?s the president of a company located in Sheridan, Wyoming in the USA. Aerocase was founded in 2005 by an all woman management group and an aerospace engineering team. 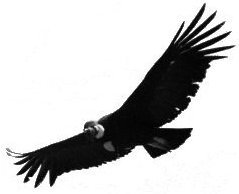 Aerocase is still operating at a smaller scale, each Condor is hand made and designed to fit the customer?s need, this does increase the price over what you normally expect to pay for a third party air-cooled heatsink, but the result is extraordinary too.

The Condor will fit any current high end card (except for the NVIDIA 7950GX2) and can be configured to a mid or high tower, as well with the wing reversed or normal. The starting price before shipping & handling cost is ~$60. You can buy it directly from Aerocase. If you have a slightly older VGA card you can use the Raven heatsink which costs only ~$46.

A wing you say? 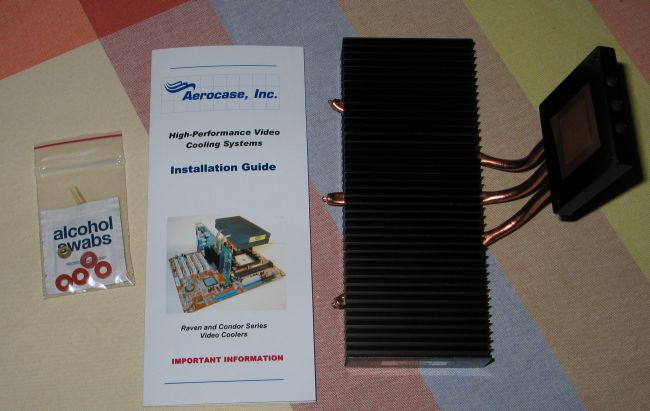 The Condor comes in unbranded box stuffed with Styrofoam, its voyage over the Atlantic Ocean didn?t leave any visible traces on the heatsink, and it arrived in mint condition. 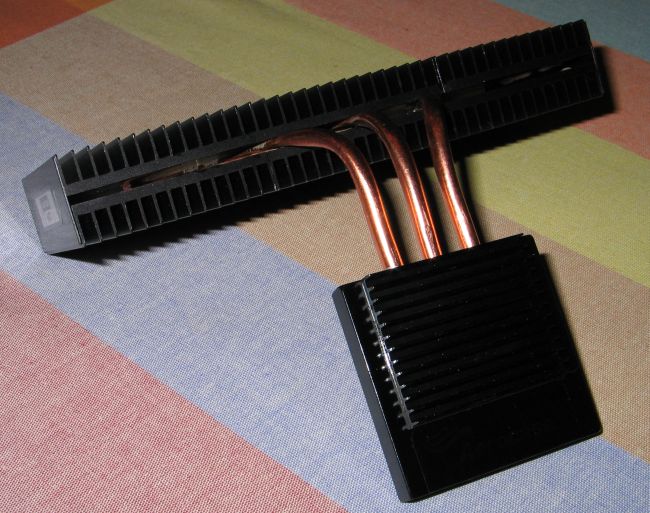 The Condor?s wing dissipates the heat transferred from the base of the unit, 3 heat pipes laid out in a V form maximize the surface area for each heat pipe. The base consists of a copper insert which is attached using Arctic Silver Epoxy to the larger base made out of aluminum with a black powder coating. In the photo below you see the base pre-applied with Arctic Silver 5, however this has been changed to a tube of Arctic Ceramique so you can reinstall the unit without worrying about thermal paste application. 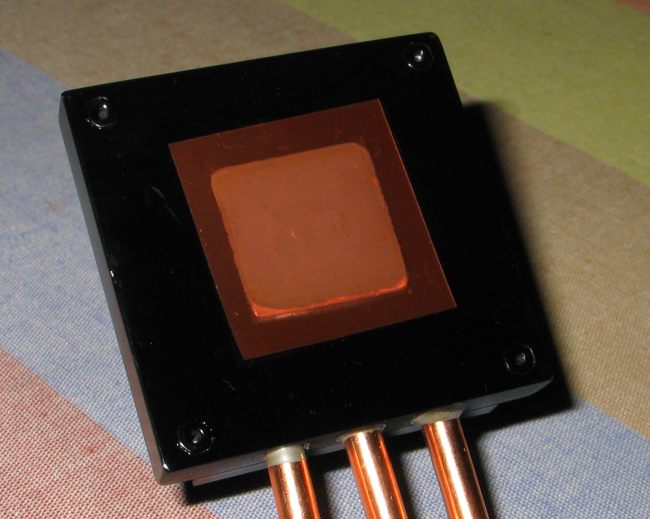 The Wing is made from a series of finned heatsinks which sandwich the heat pipes between them. 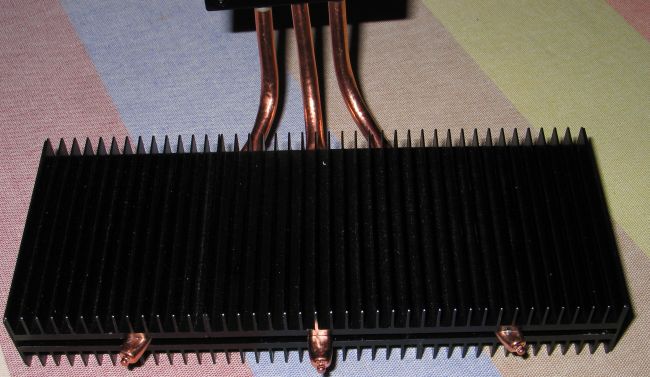 The orientation of the wing can be set to either hang over the CPU area (optimal position) or over the PCI slots. 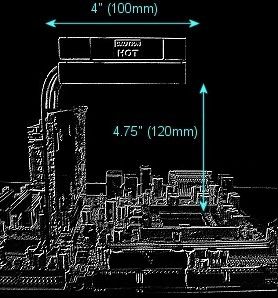 For more specifications and detail on the Condor go here

Let?s get it installed ->