Titan has long been a name associated with air-coolers, cases and recently water-cooling. While their early stand-alone H20 solutions haven?t been hailed as performance beasts, their innate form seems ripe with potential function. There?s one area where Titan may be as successful as they have been with other products; water-cooled cases. Today we investigate the Robela (TWC A88/AB) water-cooled case.

Titan's Robela water-cooled case was set loose on the general public approximately one year ago and has gained favorable reviews since. Robela wasn't designed haphazardly as an ordinary steel case with a compact water-cooling system shoved inside. Titan built the Robela from the ground-up intending this to be a synergistic water-cooling case solution. Robela isn't overly ostentatious and its streamlined design disguises the water-cooling hardware housed entirely in the side-panel. The radiator only protrudes a few centimeters from the side-panel and if it weren't for the illuminated fill port, those not familiar with H20-cooling may not recognize this as a water-cooled case. 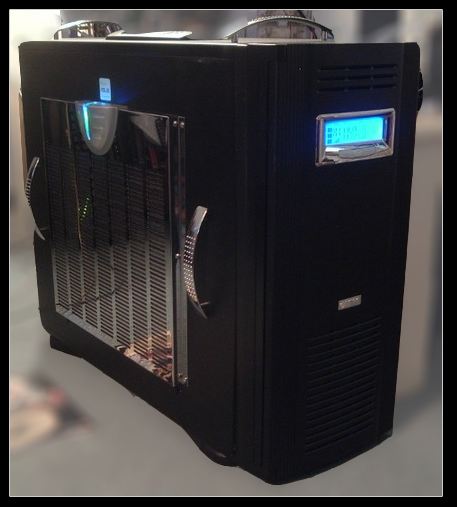 Insofar as press on Robela what seems to be a re-occurring theme among Reviewers are references made about the weight of the case and the inability to drag the case to LAN Parties. At 570 x 204 x 455mm Robela is clearly a Tower Case and at approximately 20-kilograms fully loaded, it's obviously not intended as a LAN solution. Criticizing the Roberla for its weight is analogous to criticizing your double-door refrigerator/freezer because you can't bring it along to your friend’s house packed with Beer. Titan addressed the weight issue by including sturdy highly polished steel carrying handles. If you’re truly concerned about LAN Parties, host one, you won't have to move your refrigerator either. 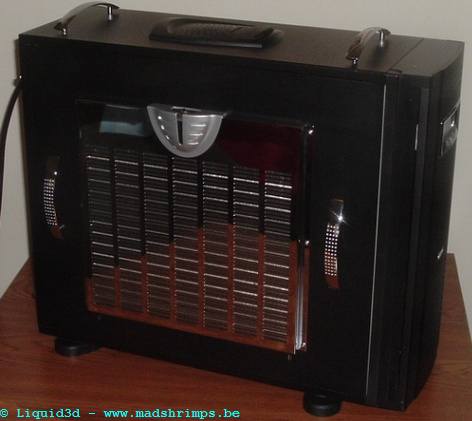 From the front the Robela (TWC-A88/AB) features a fairly thick aluminum faceplate in which the LED-display is housed. The LED displays: