17-Way roundup of 120mm fans from different manufactures including Scythe, Aerocool, Nexus, GlobalWin, Spire, Coolermaster, Papst, Coolink, Acoustifan, mCubed and AC Ryan. We test their performance both temperature as noise wise - and include sound samples of the fans running at different voltages so you can compare them head to head. Are all fans created equal? Let?s find out.

Today I have roundup of 17 different 120mm fans for you, with a focus on finding a good noise/performance I’ve measured noise production using a dBA meter, a high end microphone and also tested each fan on a large CPU heatsink to see how much air it pushes (low/high CPU temperatures).

This is a to the point roundup offering you many facts and figures and I’ll try to sort through the results with you by splitting up the test results in different sections. 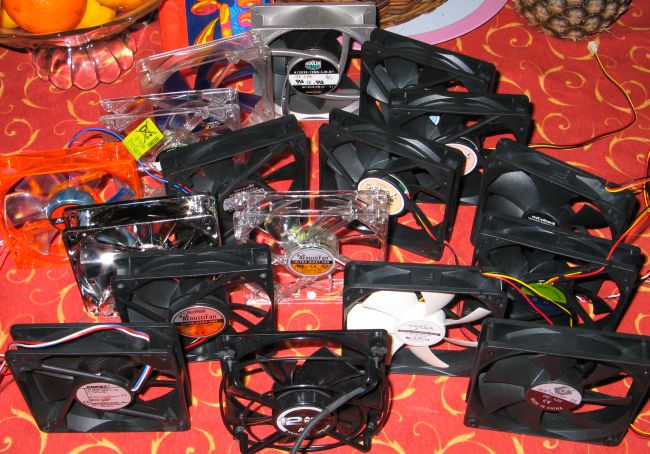 These are the official specifications of the different fans, clicking on the fan name will take you to the product’s webpage.


Most fans use either Sleeve or (Dual) Ball bearing, there are a few with rather unique bearings like the offerings from Scythe, Coolermaster and GlobalWin.

The difference between Flange Type and Rib Type can be seen here:

If you are going to use one of these as a CPU heatsink fan you might want to know how much the fan weighs, as there can be quite a difference. If you have large case a longer cable length will give you more freedom. Most fans come with mounting screws and 3-to-4 pin adapter, but not all. To help reduce vibration noise some manufacturers are providing rubber rings, or custom rubber mounting kits. The “life” value for each fan is taken directly from the product page and has to be taken with a grain of salt. Last is the visual aspect of the fan, some come with LEDs and light up when powered.

The tower case was placed on its side and the temperature tests were done without the side panel installed; I placed a small thermistor probe above the CPU cooler to measure in-take temperature. 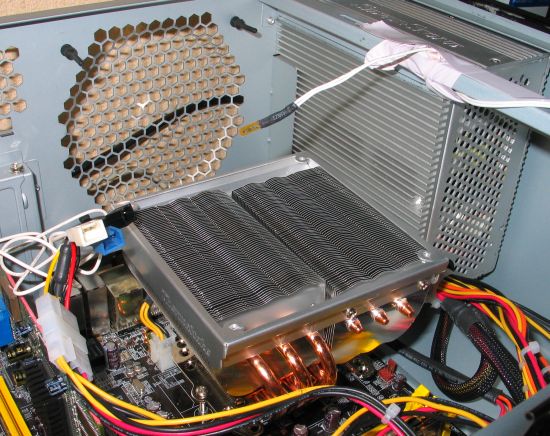