Eight new heatsinks are compared to 21 other air cooling solutions from different manufactures. We have some promising entries from Spire, Aerocool, Scythe, Thermaltake and Tuniq for you today!

Welcome to the next edition of our heatsink roundups, today we have these new contestants for you: 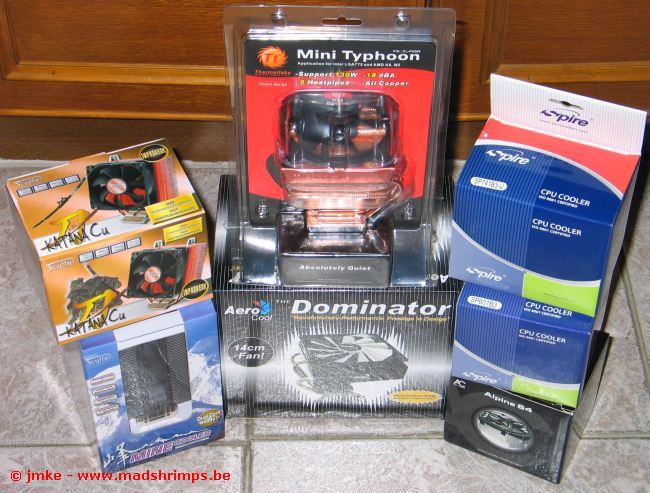 Tuniq Tower 120 showed up late for the group photo-shoot ;)


And heatsinks included for comparison which were already tested in the Sonata II: