In our first roundup of the year we compare 21 popular heatsinks from different manufactures. Heat pipes, Fan-less, Copper and Aluminum, close to 12kg of heatsink put through extensive tests and compared to the new AMD stock cooling. 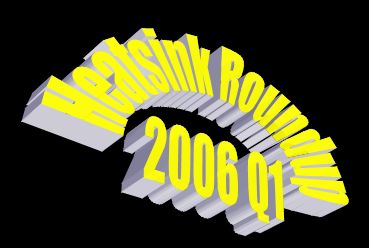 Close on the heels of my last roundup I'm happy to present you with the first for 2006. In the last roundup of 2005 I started using an Antec Sonata II for my test bed; and I’ll continue this method of testing in this roundup.

New heatsinks previously not tested inside a case:

And heatsinks included for comparison which were already tested in the Sonata II: