Transcend makes memory simple, absent are the neon, anodized, reflective, platinum, copper, titanium, and heat spreaders capped off with a scrolling LED marquee displaying New York Stock exchange symbols. Transcend simply spec?s quality ICs mating these to a specific PCB for a given part and sells their products world-wide. Naturally this keeps overall production costs down and savings can be passed on to the consumer. Their PC2-4200 did quite well in our recent DDR2 Round-up and today we take it on a little overclocking expedition.

A Diamond in the Rough

Transcend headquartered in Taipei, Taiwan has been supplying memory for just about every application since 1988. In the highly competitive business environment of the semi-conductor field this would qualify Transcend as an institution. Transcend has chosen ELPIDA IC's for its DDR2 line and as an innovator ELPIDA has made substantial contributions to the semi-conductor world being the first to market with FB-DIMMs. Also known as dual in-line memory they are intended for Server applications providing 6.4GB/ps compared to current solutions at 3.2GB/ps (Registered). FB-DIMM utilizes the AMB (Advanced Memory Buffer) which is a on-module chip controlling address, command, data etc. FB-DIMMs are essentially the forerunner for DDR3.

My first testing experience with Transcend and ELPIDA ICs was during our DDR-2 Round-up where their PC2-4200 part (the same part to be tested here) faired quite well and for the money might even be considered exceptional. That review was done on the Abit AA8 Duramax and Pentium 550 (3.4GHz) the tests were relatively calm focusing on stability and keeping things as simple as possible. For example running all memory under the SPD setting was done to exemplify how the memory performed in "real" real-world conditions. It was during that round-up I realized I'd found a Diamond in the Rough insofar as this memory’s overclocking potential. 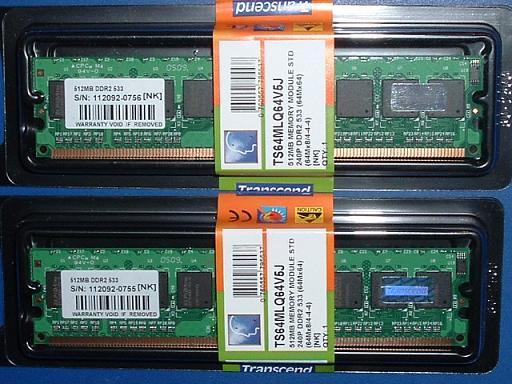 As Overclockers we tend to forget most people do not boot-up, enter the BIOS and delve into the "Advanced Chipset" menu where CAS Latency adjustments are made. During our DDR2 Round-up I attempted to show how Abit's µGuru with its user friendly GUI was the ideal tool to familiarize oneself with their system and introduce oneself to overclocking. After all, what's more exciting then increasing your FSB in the BIOS, depressing F10 and hear that mellifluous "beep" indicative of a successful system post. Entering Windows and verifying you've overclocked the lowest model CPU in a given line-up to surpass the highest model's speed is instant nirvana.

Most people will buy a CPU and blindly trust it’s running at its rated speed, but how would they know unless they were either concentrating during the boot-up process to validate the CPU speed or were able to install a utility such as WCPUID. µGuru and other such software now commonly included with motherboards becomes their tutor, ironically learning the software itself requires some tutelage. Today the basis of our test-bed shall be the Asus P5AD2E-Premium which is much more capable of tapping the innate potential of our CPU and DDR2 then the Abit AA8. I've switched from the Pentium 550 to the 630 with its EMT instructions and 2mb of L2 cache. Although the 630 runs at 3.0GHz (a 400MHz speed loss from the 550) it's 15x multiplier will allow for higher FSB speeds, ergo higher DDR2 frequencies.
Now onto the intended target: 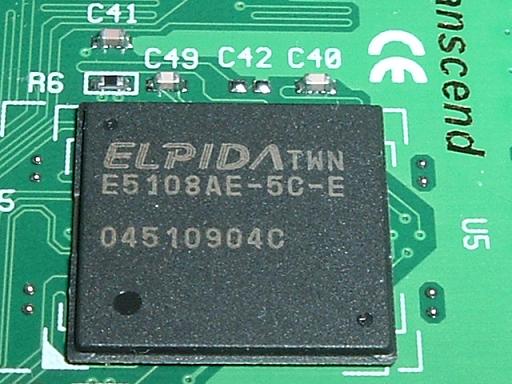 These modules were tested at just about every conceivable memory divider, FSB-speed, performance setting (Turbo v. Standard) and CAS-latency setting until the highest stable speeds were found (stable defined as completely stable in all benchmarks and multitasking). Our P4 630 reached speeds as high as 290FSB from it's 15x (native) multiplier at its default vcore 1.31V and where the system was unstable was not always due to memory limitations but just as likely chipset and BIOS.

While frustrating to Extremists, I yielded to default voltages for several reasons. Overclocking as a hobby has levels. Extreme Overclocking would be the use of any means necessary (high voltages/extreme cooling) to gain the ultimate speed, therefore performance from a given part. Budget Overclocking or the Purist approach to Overclocking would be what I consider to be the most exciting. Taking a more traditionalist approach we try to extract the greatest speed, ergo performance without manipulating (raising) voltages or employing extreme cooling (H20 isn't necessarily extreme because one is still limited by ambient room temps).

A book could be written on the subject as it embodies a deeper knowledge of CPU/Semi-conductor manufacture from wafer to package. Understanding how CPUs are manufactured is what separates the true PC/Electronics Enthusiast from most others and basically involves esoteric facts such as understanding there's no architectural differences between a Pentium 630 and 670 or 520J and 570J (for example). Finding the "right" 520J or 630 will yield the same clock-speeds (hence performance) as its more expensive counterpart and it is like finding a diamond in the rough. The reason why we become so involved in this hobby, is that the same principles often also apply to GPUs, High-speed video memory, motherboard chipsets.

To validate speeds and latencies found here, in every case where our Transcend DDR2-533 was 100% stable a screen shot of CPU-Z was taken after all benchmarks were successfully completed. To exemplify performance advantages between high and low latencies (loose or tight) while running memory at the same speed, I've provided thumbnails below leading to screesnhots in which our system is running at 15x285FSB = 4281MHz (default Vcore 1.31V) at a 1:1 (FSB : Memory) Ratio. This result is an effective DDR speed of 572MHz. In keeping with the definition above in which we employ the "traditionalist" overclocking approach, the Memory ran at 1.80V ~ 1.85V throughout these tests. Note on the left bandwidth result running at DDR572Mhz at CL5-5-5-15 compared to the right thumbnail at DDR572MHz at CL4-4-4-11.

While a 300MB/s gain may not seem substantial remember the only difference were in timings. Of course as we'll discover later on, timings, FSB speeds and dividers dance a complicated choreography. In keeping with the traditionalist approach VDIMM and vcore remained at their default settings and while I did experiment with raising voltages, the speed gains were negligible. Some IC's simply do not react well to voltage increases and in some cases it will actually degrade performance. In this case there was no degradation in performance, however; as mentioned above any benefits were minimal.

Let’s take a look at our test platform.