Spire?s CoolForce II is made to fit any card in the Geforce 4 Ti series and includes everything necessary to switch from the current ?stock? cooling to the brand spanking new one and squeeze out a bit of extra performance at the same time.

A Geforce 4 Ti4600 from PNY was chosen for conversion; this card follows the nVidia reference design by the letter, except for the color of the board and cooler.

To remove the stock cooling you first push the small plastic pins out: 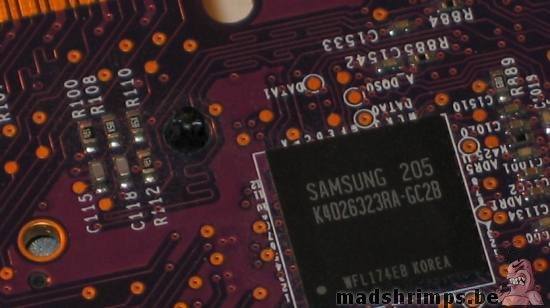 Then you take a flat screwdriver, a hairdryer and a bank card 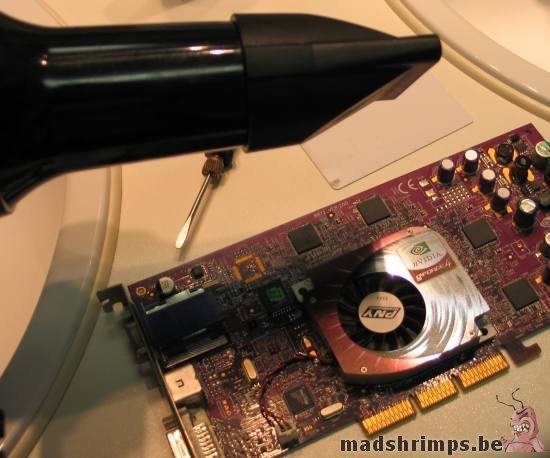 After heating up the cooler you place the bank card under the cooler to protect the PCB and stick the flat screw driver between them. 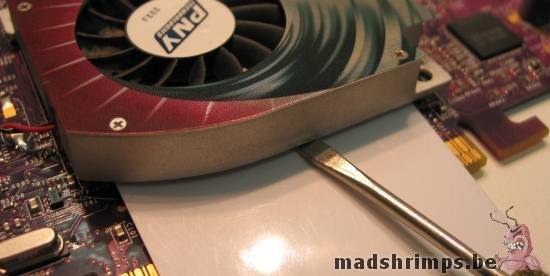 You now need to clean of the GPU and go from this: 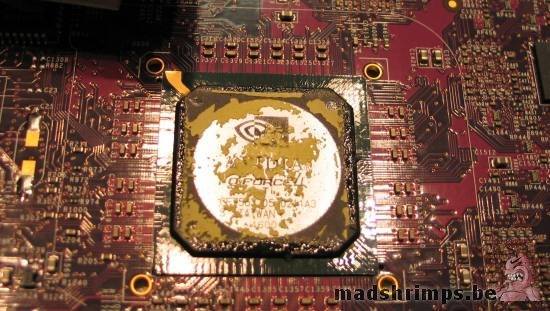 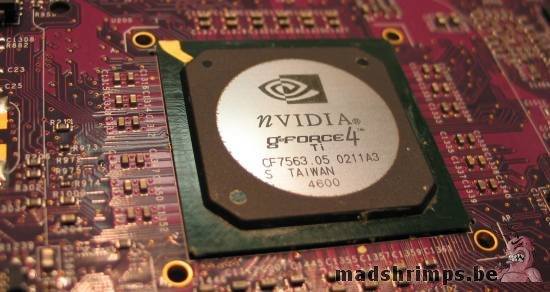 Now it’s time to add the memory sinks, using the included double-sided tape, the installation is done in a matter of seconds: 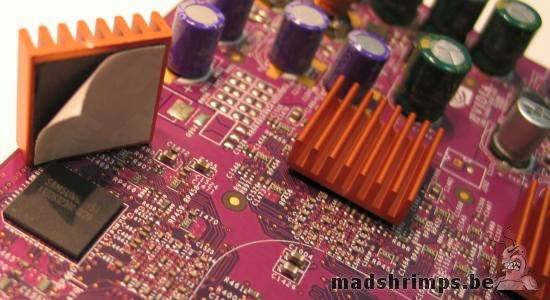 Drop a small dot of the thermal paste in the center of the GPU and use the bank card to spread it out evenly: 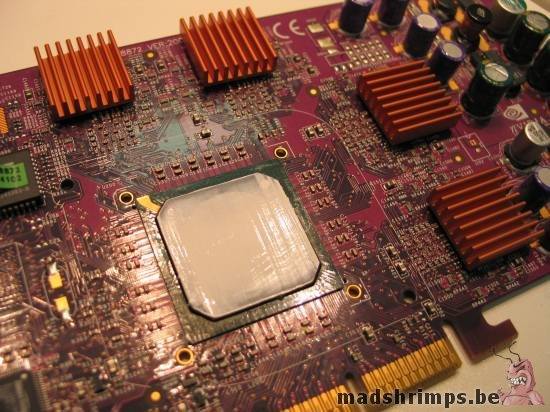 Now place the CoolForce II over the core and push the plastic pins through the holes to secure the heatsink in its place and you’re done! 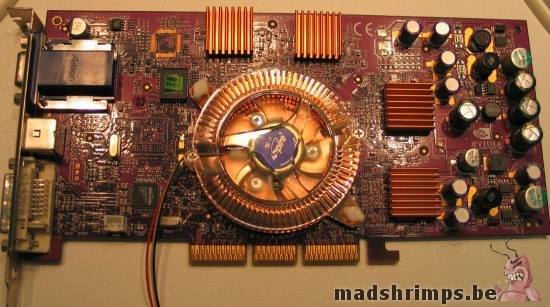 Or that’s what we thought at first, with the CoolForce II installed we did some primarily tests to see how it performed, although the GF4 Ti4600 ran great at default GPU speeds, any increase would result into a system halt. This did not happen when using the stock cooling, so time to find the cause. 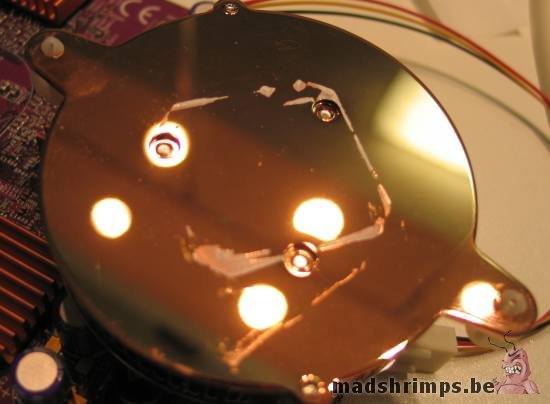 Removing the CoolForce II made clear that the problem was the lack of contact between heatsink and GPU core. In fact, replacing the stock cooling gave the same problem, as the GPU core seemed to be concave.

When changing the default cooling you void the warranty of your video card, so to resolve this issue we go one step further. By using a small piece of sand paper (grit 200) sand of the sides of GPU core and then make the whole completely flat.

Doing this resolved the contact problem and after reinstalling the CoolForce II overclocking went much better then before!

Let’s take a look at the performance ->