Back in January 2002 I started testing and reviewing videocards that were kindly "donated" by Comtechnology. With the purpose to create one big, massive comparative review. However due to website coding, public relations and real life stuff I was running abit behind schedule.

I hope you will find something interesting in this article. The info I collected is posted, together with benchmarks and a whole collection of pictures. 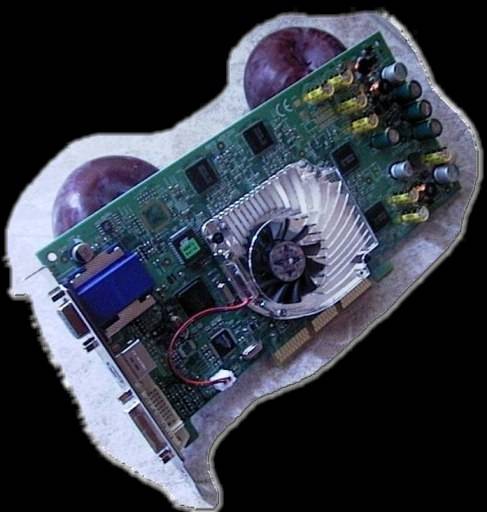 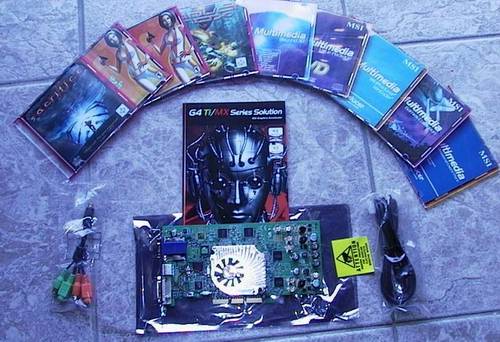 I didn"t find a DVI-to-VGA converter however, so I had to use my own to test the Dualscreen function, which worked exactly the same as with the Ti4400. 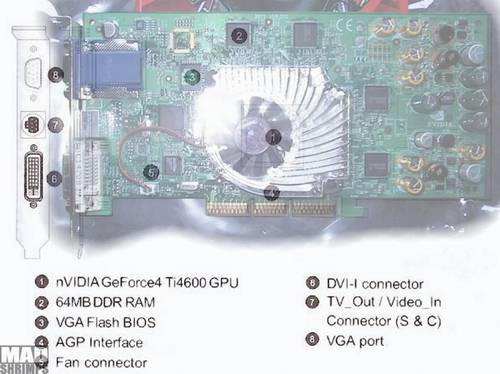 The card has a flashy see-through cooler but no ram sinks
Other than that all pretty standard, although most Ti4600 cards come with dual DVI connectors at the back.
The TV-Out/Video-In connections makes this card more then just "for gaming". I wasn"t able to test these functions so I wont make any judgements on them, hopefully in the future I get the right material together to perform all the necessary tests.

The memory chips are also produced by Samsung this time with a 2.8 ns access time which corresponds to 357 (714) MHz. The card works at 325 (650) MHz.
On first boot into windows, I checked the speeds, and no matter how many reinstalls, I ended up with a core of 300 and memory running at 660! Mhz (10Mhz higher then default). No clue why, but a little bit of free speed for the non-overclockers.
As with the Gainward, I didn"t use extra cooling. I ended up with a core at 320Mhz and memory at 680Mhz. This gave a good boost over default performance, but ain"t very spectacular.