Often considered just an option for cheap budget pc enclosures, Raidmax is trying to break into a very recent niche in the market ? the mid-range gaming case, complete with a pre-modded window, glowing front door, and led fan on the side.

The front panel looks very appealing visually, but the new design on the lower porting cuts down greatly on airflow, as you can see here: 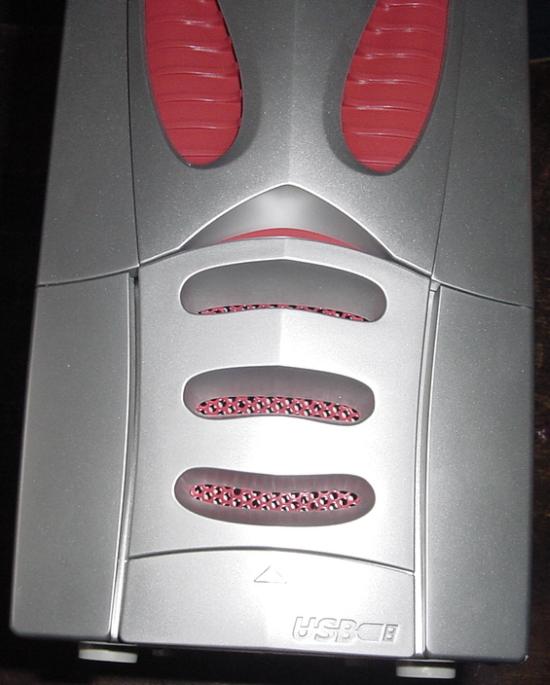 This may be a downside to some users looking to purchase this case without modding it, but with a good side panel fan, it is only a relatively small problem, the amount of airflow allowed in the front is still ample enough to cool installed hard drives.

Drive installation is fairly easy, the HDD bays are actually a bit wider than a typical drive, with stamped in areas to hold the hard drive and provide a place to screw them in. This is also with the other drive bays, so that it can securely hold a drive while you screw it in. These can be seen here 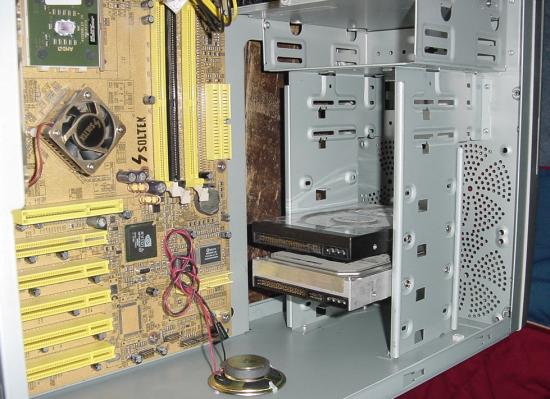 The space for the motherboard is ample, with enough space between the drive cages to allow some freedom to route the cables. 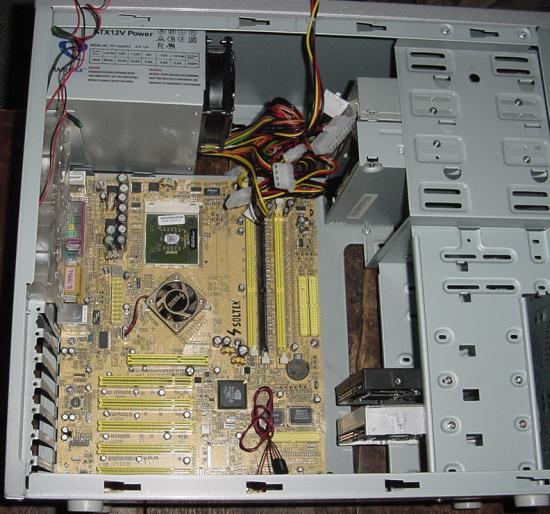 To enhance the look of this case, the front drive bay door common to many cases was modified by Raidmax to glow with white LED's to indicate power, and red flickering LED's wired to the hard drive activity to simulate an eye effect. Unfortunately, the white LED's are so bright that they drown out the reds completely. The side panel fan is also equipped with LED's, giving off a pleasing fiery glow, which is a welcome contrast to the standard blue and green lighting motifs favored by most companies making pre-modded cases. Both of these lights can be seen here: 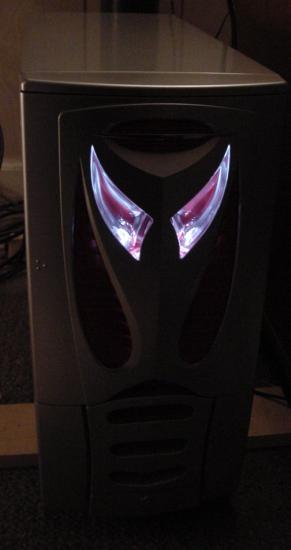 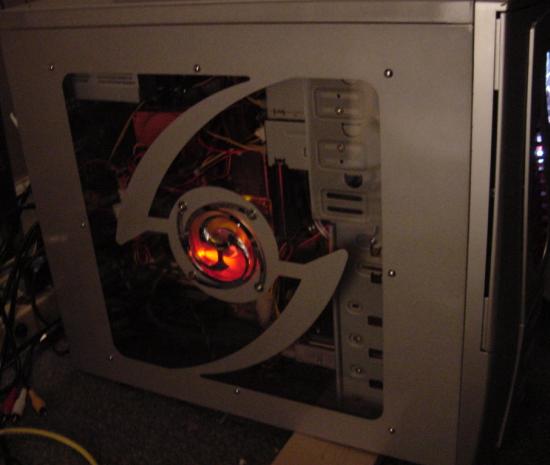