Antec?s TrueControl is aimed at the enthusiast and overclockers out there; we take it for a spin on an overclocked Athlon 64 and Prescott system to see how it does. Read on to find out more about this great power supply.

The TrueControl PSU comes feature packed, it features two clear-bladed 80mm fans, one intake at the bottom for removing the hot air around the CPU area, and one outtake at the back. 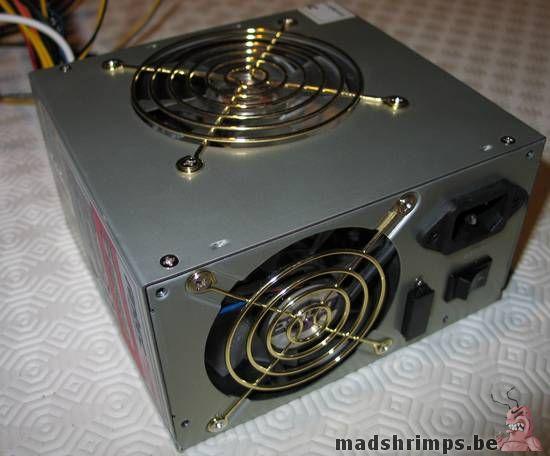 You’ll find an extra female power connector at the rear side of the unit for quickly plugging in a fan, CCFL, etc… 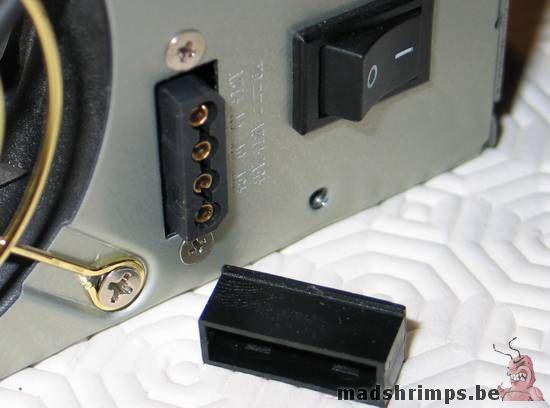 The connectors pictured below are for fans only; the great thing about those is that they allow you to control the speed of the fans when you turn the knob on the 5”25 control panel. It spares you the cost and trouble of installing an extra fan-controller device!

All the power connectors having been given a stylish black color, the motherboard power cable has Antec’s cobra design sleeving which can also be found on their rounded floppy and PATA cables. 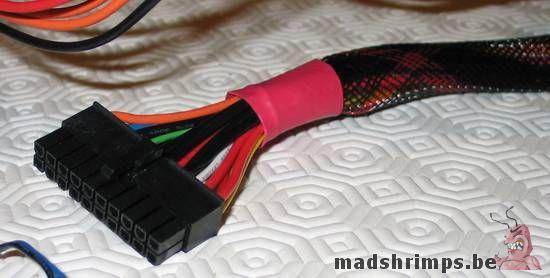 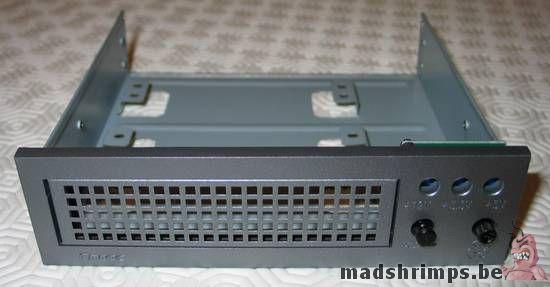 It can also be used as an extra hard disk drive-cage which might come in handy when you are fitting your PC with a maximum amount of gear.

A small tool is supplied which allows you to twist the small rheostat for controlling the voltages of the +3.3/5/12V lines. On the bottom right you’ll find the fan control which can make the fan run at their maximum speed (which is quite loud) or kills the noise immediately when turned to the “low” setting, ideal for a silent system. 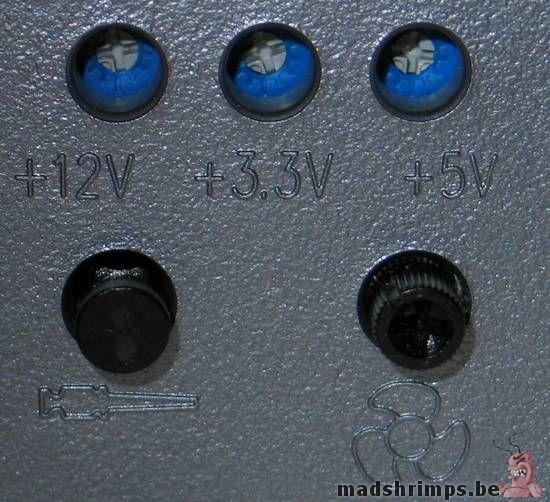 If you chose not the use the panel (strongly discouraged of course :-) ) the PSU will still work but the voltages will be at 95% of their normal spec, and the fans will run at full speed.

Once you plug in the TrueControl you can change the voltages with a variation of ~5%.