When you want to add extra cooling to your case, you can go for performance, silence or good looks. Many manufactures have increased their research budget to come up with the most innovative fan designs, today we are taking a look at an offering from Aerocool, Sharkoon and AC Ryan.

First up is the UV reactive fan from ACRyan, we took a closer look at this fan in our Thermaltake modding article found here. This fan will light up by its own, and even more so when placed in the neighborhood of an UV CCFL. The UV reactive blades give the whole fan a solid look when it’s spinning: 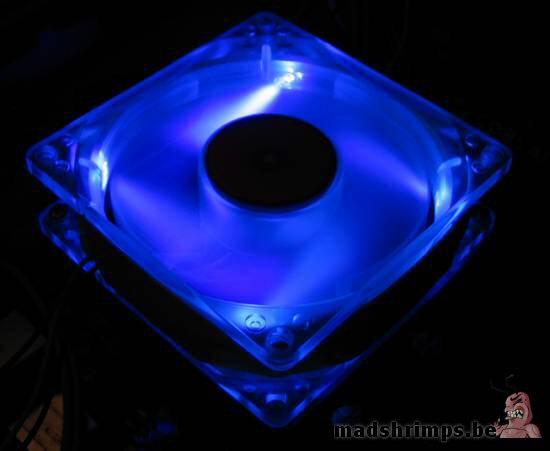 The Aerocool model 8025 has an Aluminum casing which gives the fan a solid look and feel, depending on your current case “theme” this type of fan will either fit perfectly or look ridiculous. 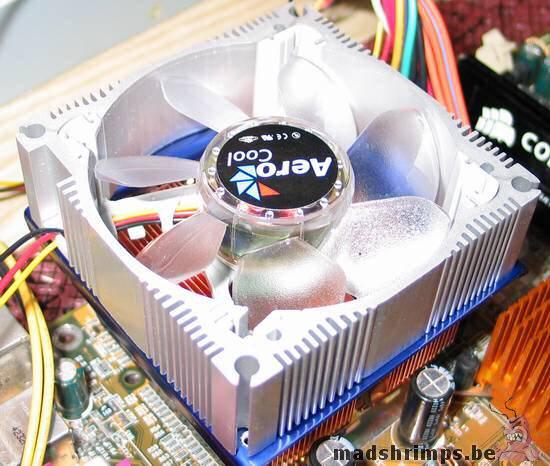 The Chameleon is a special beast; it has 4 LEDs at each corner which give rays of light onto the blades, which, when hot air (26+°C) passes through them, change their color, a very cool and unique effect! 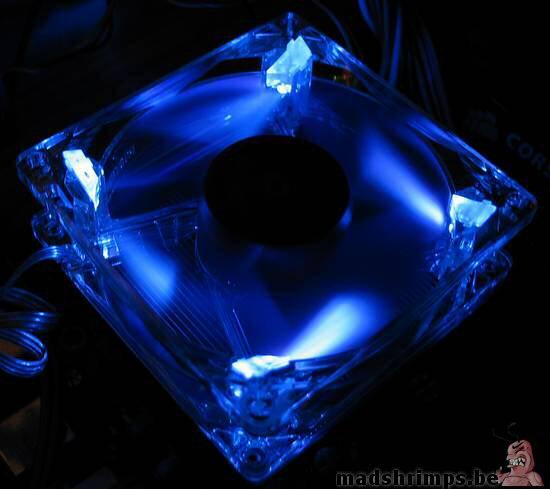 This fan comes with the Extreme heatsink and is quite flash: 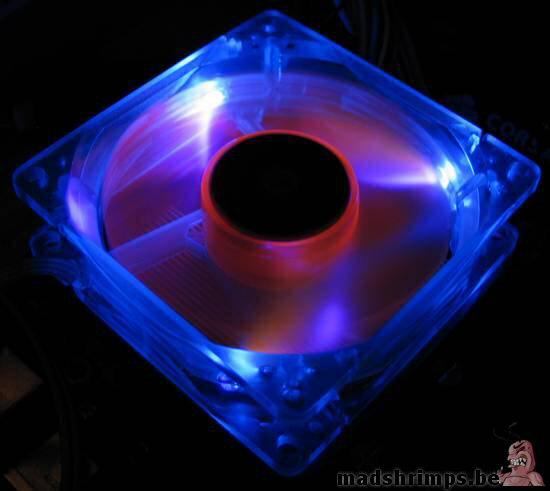 The fan which comes with the Aerocool HT-101 heat-pipe tower cooler also sports LEDs and will light up your case, the resulting effect looks a bit like that of the Chameleon fan, although this one has a “fuller” look. 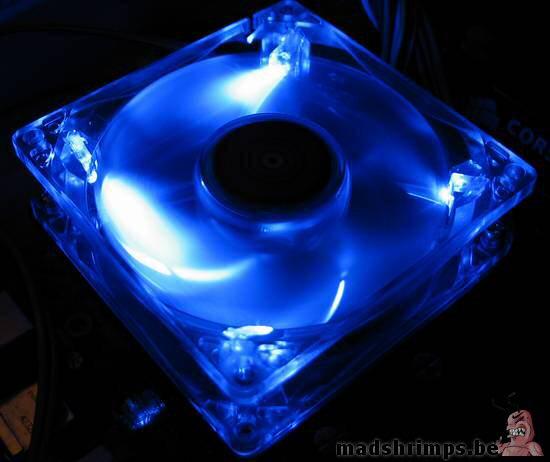 If you can not decide what colored fan to get, then this Quad UV fan from Aerocool makes it easy for you, featuring different colored LEDs which give you the following result: 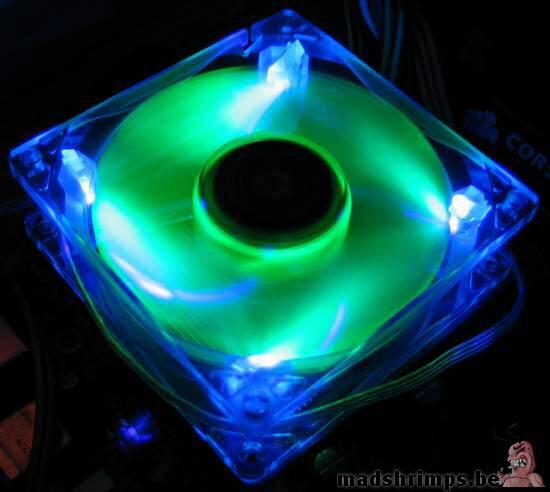 An older NMB fan which was included in the roundup, known to offer a good noise/performance ratio: 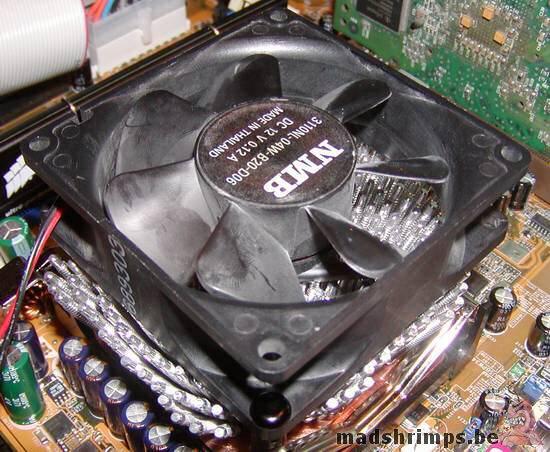 The SL2 is Sharkoon’s medium speed case fan, it included a bracket with a rheobus to control its speed, and is also available with flashy LEDs, our version has no lights, but LEDs or not, this fan is still flashy: 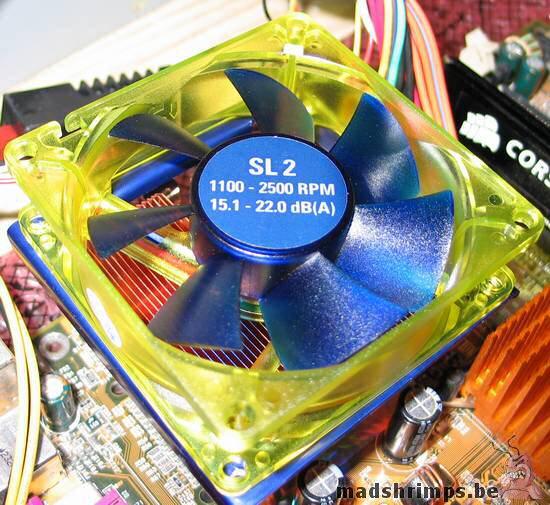 Let’s see how much air they can move ->