Since the new Intel CPU didn?t prove to be faster then the P4 Northwood clock for clock, maybe it can beat it when it comes down to overclocking? Time to find out, as we push a 3Ghz Prescott to its limits using Air and Phase Change Cooling

About one year ago I pushed a brand new 3 GHz Northwood CPU up to 4 GHz using some phase-change cooling. Unfortunately, since then, not much has changed on the Intel side of town; sure there were the Extreme Editions which cost an arm and a leg, and then there's the Prescott.

The 90nm Prescott was supposed to be an improvement to the previous Northwood core, but many online reviews have proven this to be hardly true. But how do they overclock? I decided to order myself a P4 3.0E and see how far I could push it using conventional air cooling and of course, a more extreme approach.

So on with the show; I slapped on an universal Thermalright heatsink which has served well in the past, the SLK-800U in combination with a no-name 80mm fan which gave me a good noise/cfm balance. 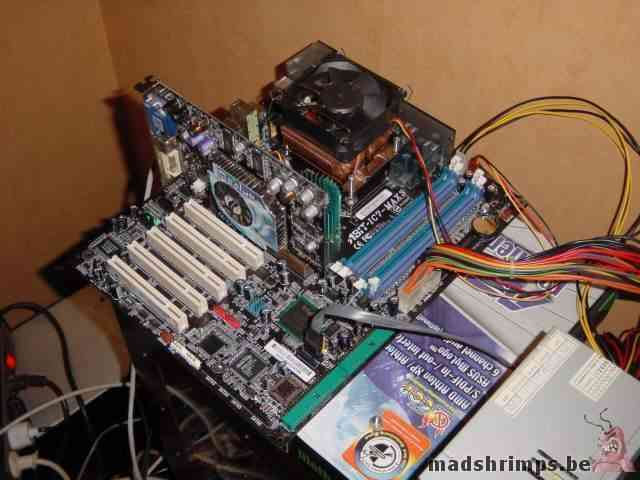 As I was too impatient to sit through a whole Windows XP install nor run this system at default speeds I started testing how far this little CPU would let me go before it stopped "POST-ing".

I ended up with this: 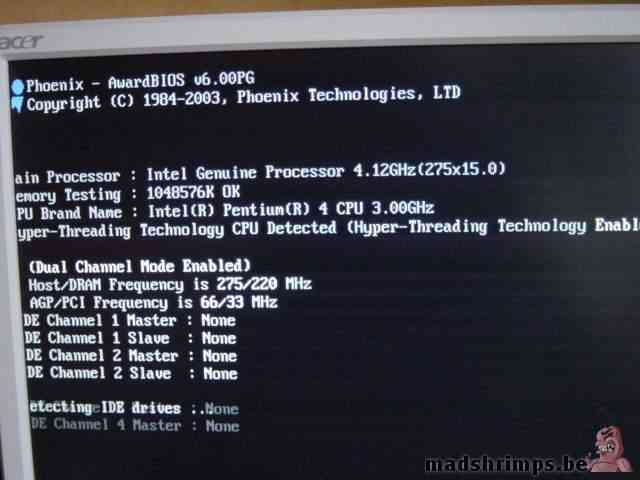 Quite good wouldn't you say? And this is why the guys over at Overclockers.com nick-named it the "PresHott" 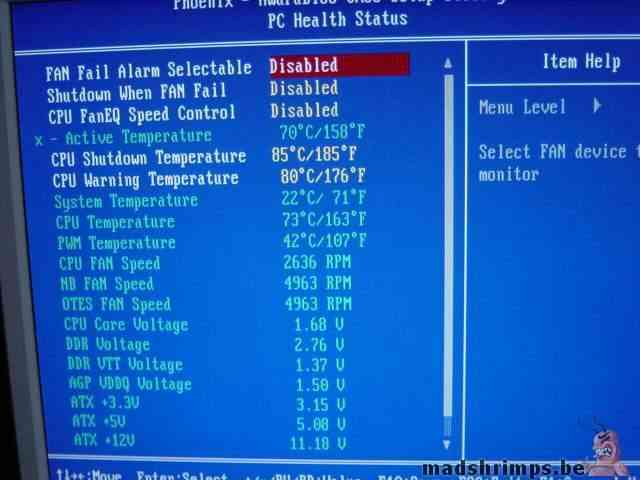 Yep, that's right, running at a toasty 73°C and I'm just sitting idle in the BIOS here. How much of this 4.12 GHz overclock did I retain when testing in Windows? Turn the page to find out ->